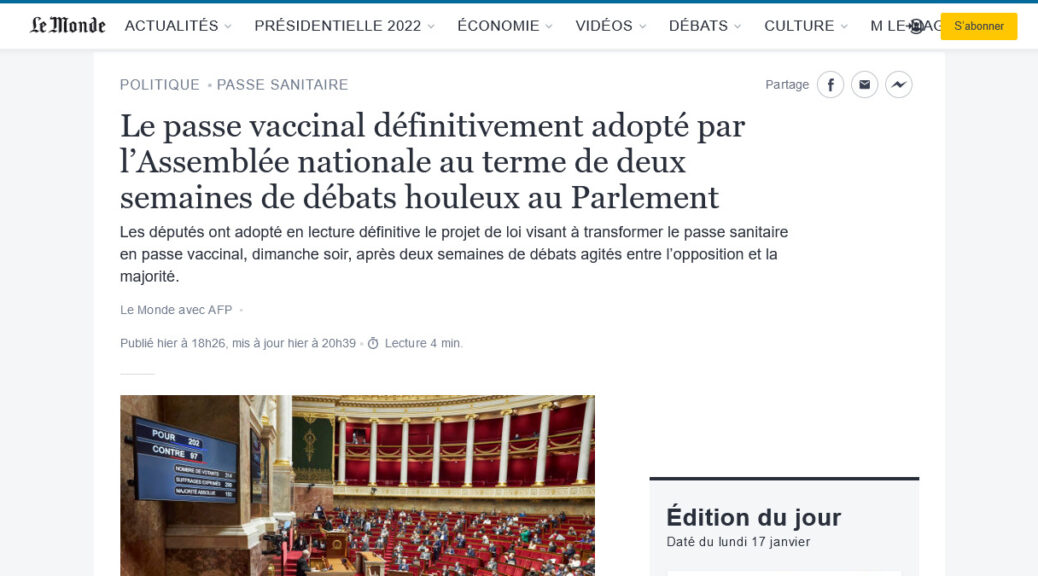 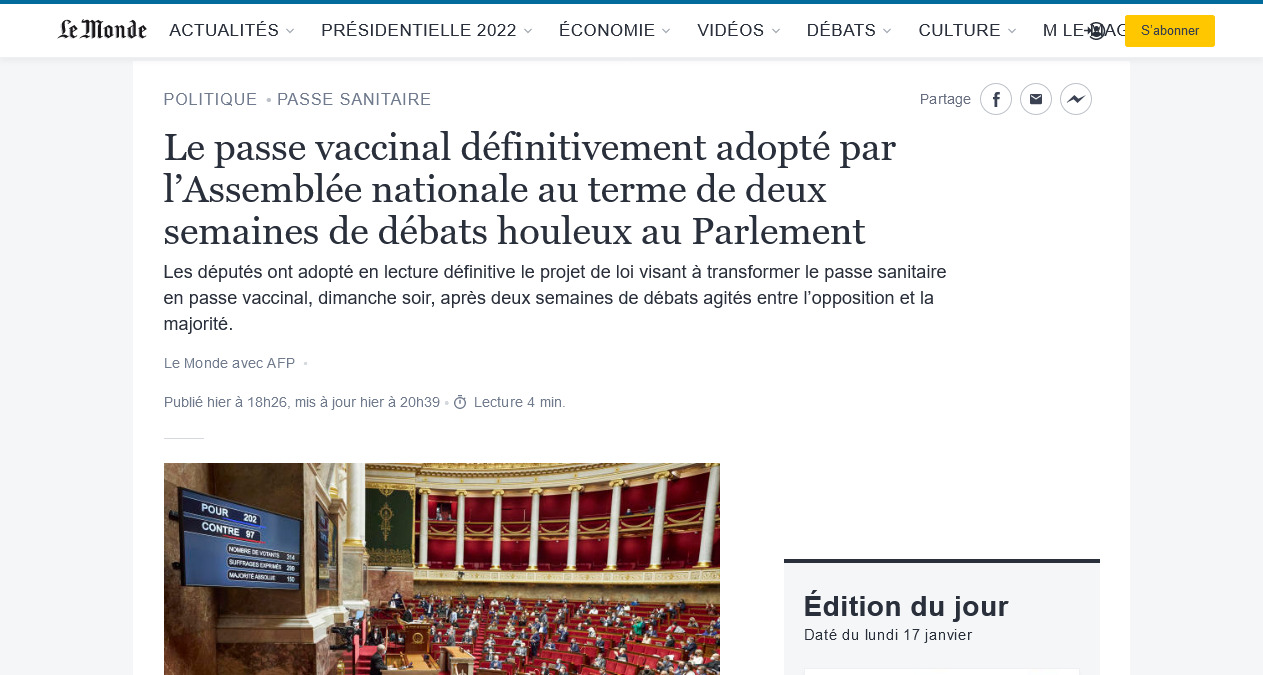 The lower house of the French Parliament approved the conversion of the Sanitary Passport into a DeathVaxx Passport.  The new law, when signed by the President, would introduce the vaccine status of each citizen into the database of their current sanitary passport. The objective is clear, total control and genocide of the French people.

60 Parliamentarians of the Socialist Party have declared they will appeal to the Constitutional Court, against the new law, before it is published.

Since it is obligatory to have a sanitary passport, this conversion will put in danger the personal security and health of everyone who has refused the so called “covid vaccines”.

The Frenchmen have marched in protest of the Sanitary Passport for more than 6 months, but the masons in Parliament do not give a care what the people want. That was the old narrative, the new narrative is, “Democracy means we tell you when to shut up and what to inject into your bodies”.

Considering the feistiness of the French character,  however, I think that if the French Supreme Court does not strike it down, we may well be looking at the outbreak of widespread civil disorder or even civil war in France within weeks.

Such a tragedy, will actually be good for Italy, since it will make it impossible for Mario Draghi, the GoldmanSachs Dictator in Italy, of calling upon French forces (as per the November United Forces treaty between the two nations), to prop up his own government in Italy, and will urge the Italian resistance to become much more bolder and physical.