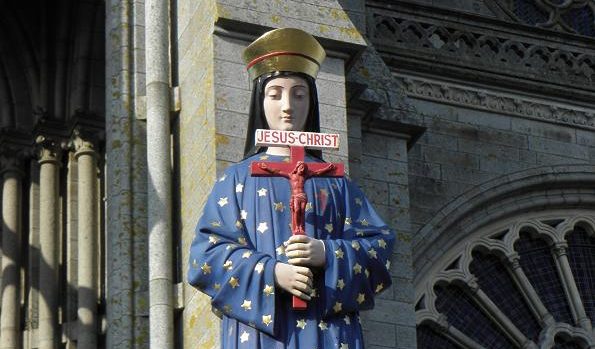 Click the above to read a very fine article by Sister Mary Joseph, about Our Lady’s apparition at Pontmain, France, in 1871, and the prayers She asked Her children to say during the night, for world peace.

This is the Church at Pontmain, today.