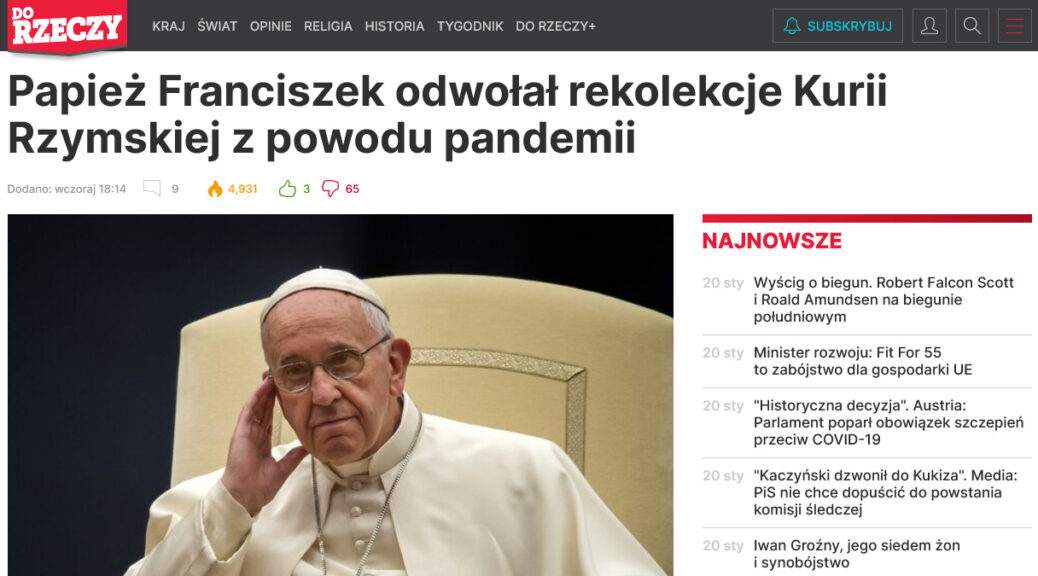 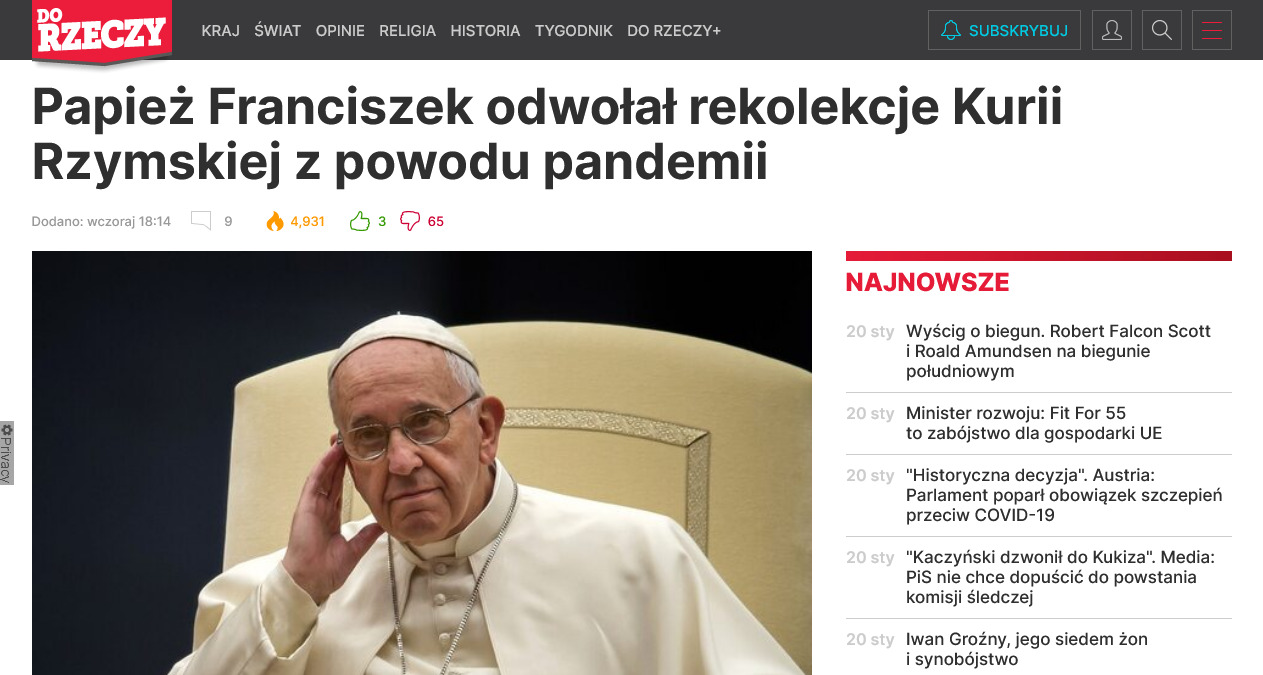 In recent days, Rorate Caeli’s twitter account has launched the notice that Bergoglio has contracted Pancreatic Cancer. While, FromRome.Info has no confirmation of that from a source in Rome, such would be only confirmed by a rapid loss of weight and yellowing of the skin, according to commentators.  Neither of which is yet evident.

However, news has broken last evening, that Bergoglio has cancelled the Lenten Retreat for the Roman Curia, which is a de rigor event during the season preparing for Easter.

For the full story, in Polish, click the image above.

The Vatican statement, issued last night, asks that the members of the Roman Curia, from March 6-11, make a private retreat, and states that Bergoglio will not give a Wednesday public audience during that period. The reason given is the Plandemic, of course.

However, in truth, this may be a sign that his health has deteriorated to such an extent that it would be difficult to hide from notice, if he attended none or only some of these sessions of prayer and meditation.  Those with pancreatic cancer can succumb to death anywhere from days to months after its detection.

Pope Benedict XVI faked an abdication 3333 days before his birthday, this year, on April 16, 2022, the vigil of Easter.  And all who know this are waiting in anxious anticipation to see if this inexplicable numerical calculation has anything to do with his restoration to power, after the demise, resignation, or death of his rival.

14 thoughts on “Bergoglio cancels Lenten Retreat, as his health declines”