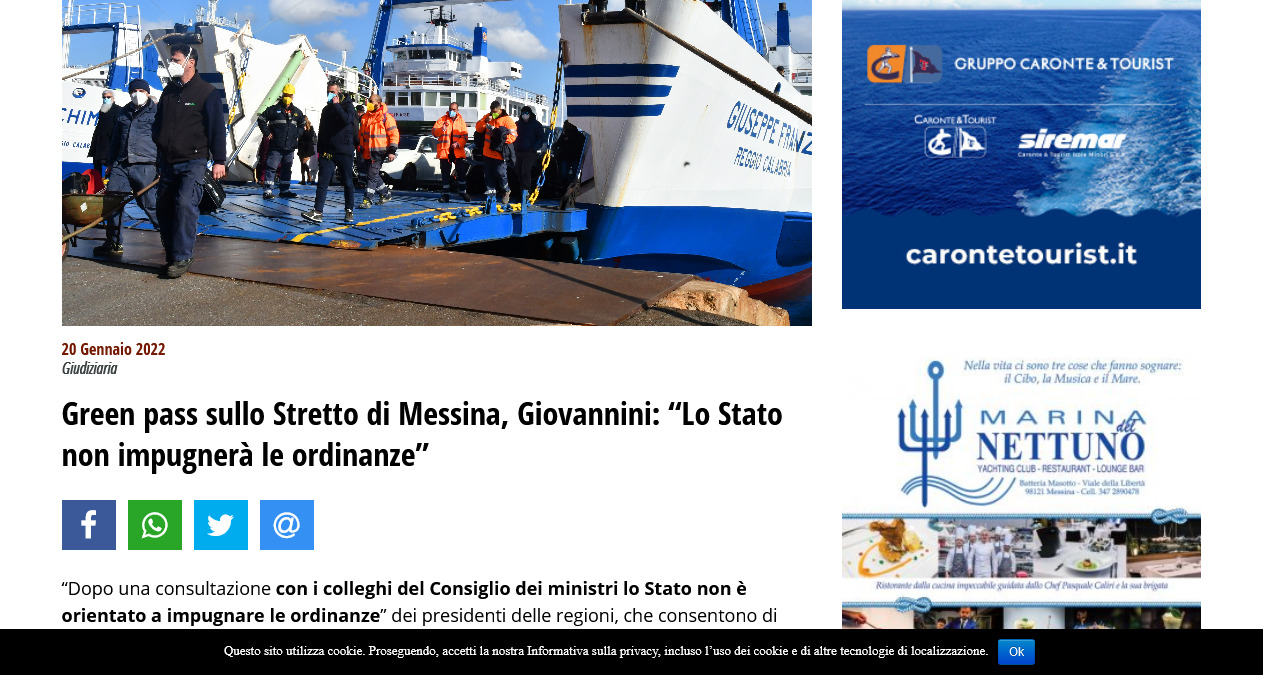 The GoldmanSachs Dictatorship of Mario Draghi (In English: Marius Dragons) has blinked!  That is, they have caved to the demands of the regional governors (know in Italy as presidents) of Sicily and Calabria, and will allow passengers to cross the Straits of Messina without showing the Super DeathVaxx Passport, which can only be obtained by DeathVaxxing yourself.

Now you can pass with a DeathSwab.

It appears that Giorgianni’s video of himself returning to Sicily like an illegal immigrant may have sparked a wave of public outrage, causing the President of the Autonomous Region of Sicily to issue a decree allowing the relaxation of the Draghi Govt. Dictate.

Not much of a victory, but it has shown that the Government is weak and does not want to risk its power-base in Sicily.

This is even better news. For as the Parliament approaches the vote for the next President of the Republic, there is apt to be a fundamental disagreement which causes the Draghi government to collapse.  And that may — and I emphasize, “may” — lead to a lessening of the Plandemic controls.

One thought on “ITALY: Minister of Transportation relents to the President of Sicily”