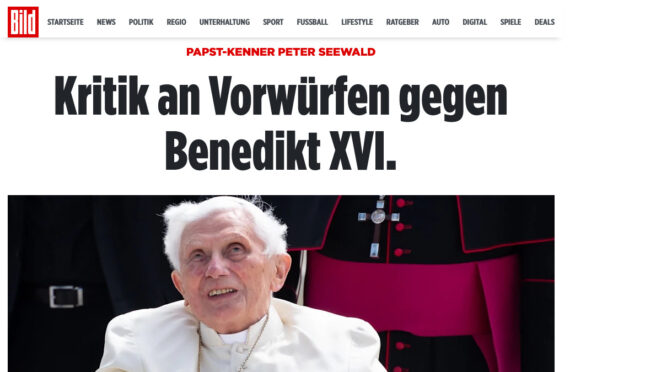 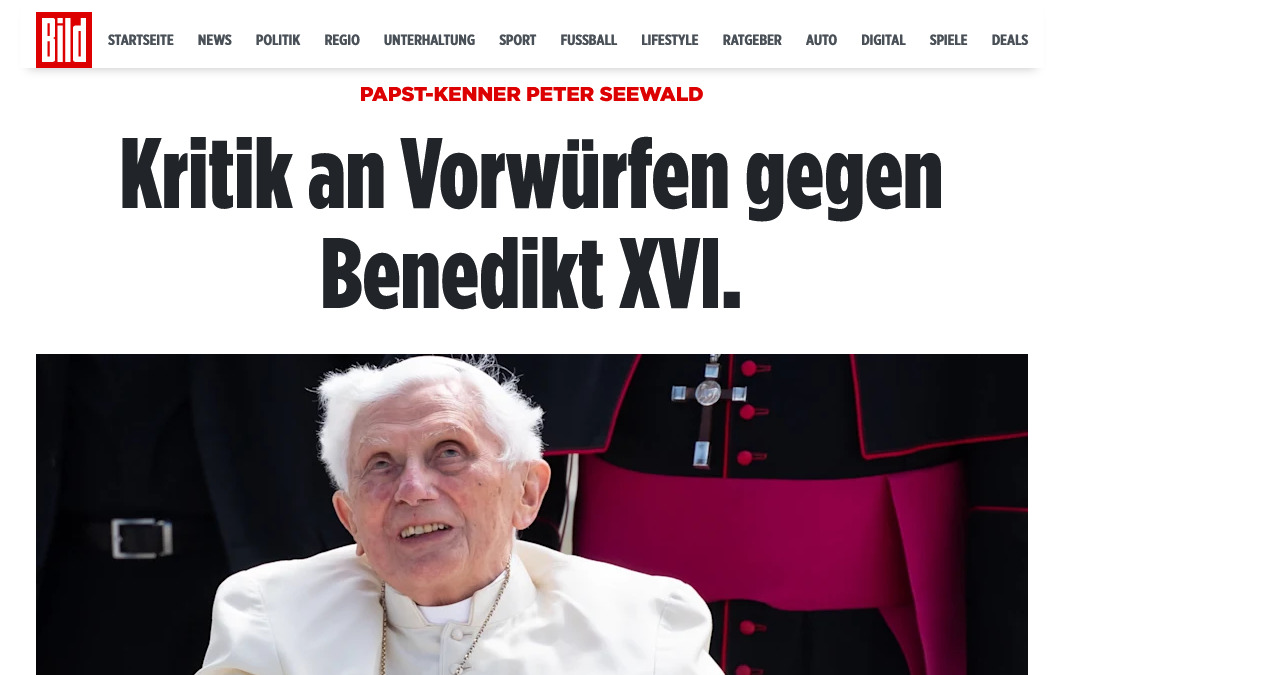 Peter Seewald is the official biographer of Pope Benedict XVI, so it is not surprising that he has spoken out about the recent attack on the Holy Father, engineered by Cardinal Marx and Jorge Bergoglio, regarding how cases of pedophiles were handled in the Archdiocese of Munich, in the 70’s and 80’s.

You can read Bild’s article in German, by clicking the link above, and you may be able to read it in English translation via Google, through this link.

Seewald criticizes the press for repeating unsubstantiated claims in a clear attempt to vilify the Holy Father and cause him to drop dead from their abuse.  He faults journalists for presenting a story without foundation, because Pope Benedict XVI never participated in any decisions to keep that offending priest — there is only one in this case — who abused 4 children, in the Archdiocese of Munich.

So they are trying to blame the Holy Father for not doing something he never did not do.  It’s an artful lie, which those who are predisposed to hate him or the Church, because they love their own sins more than God, can easily accept to soothe their corrupt consciences.

The truth is that the Holy Father was transferred by Pope John Paul II to Rome in February of 1982, before any decisions were made in regard to this priest, who was visiting the diocese to get help from a clinic. In such a position, he began a 40 year crusade against pedophiles in Church ministry. For more on this, click here.

The real story this week, however, is how Jorge Mario Bergoglio consistently covered up for cases of pedophilia in Buenos Aires, Argentina. But the press won’t talk about that because he is advancing their agenda of promoting pedophilia, as recent revelations of sexual perversion at CNN and another major American outlet reveal.

For more on this, see my commentary on the Washington Post article published yesterday.