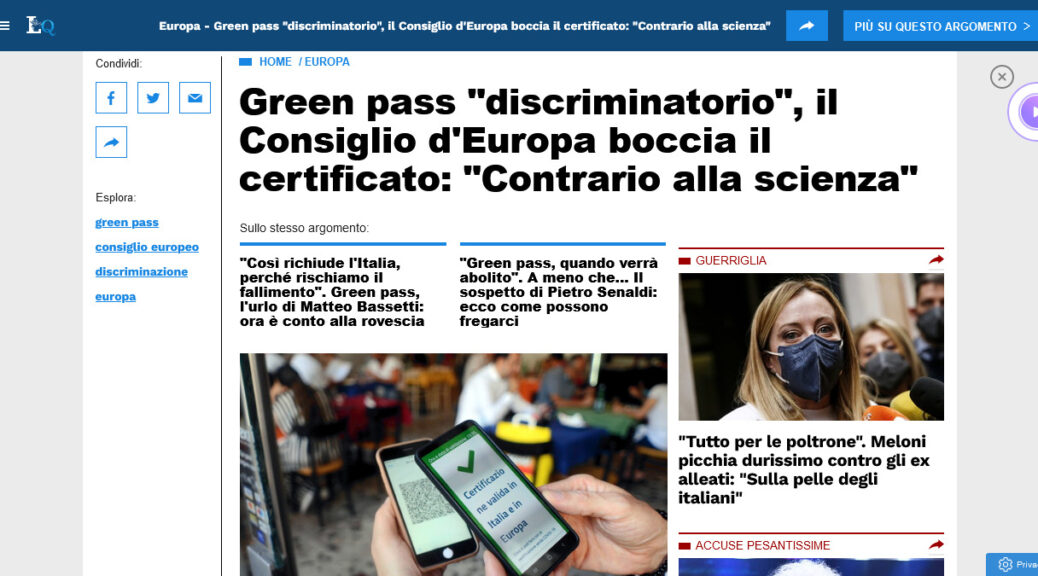 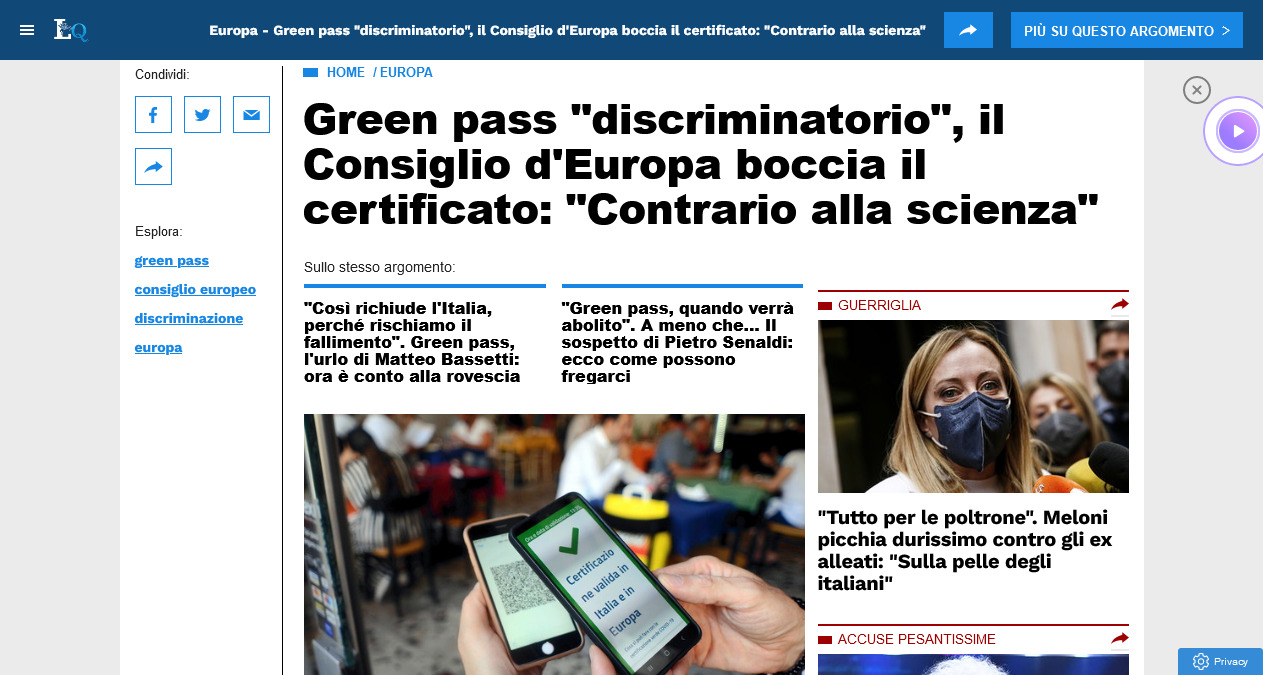 That the “Vaccine” Passports are:

In its judgement therefore, the Council of Europe has ordered all its member states to stop using the DeathVaxx Passports. This is a great human right’s victory. But I fear that the corrupt, bought Dictatorships which use them will not relent.

The Parliamentary Assembly urged all member states to remind citizens that they are free to decided be DeathVaxxed and cannot be coerced.

The people, however, have begun their own initiative, with widespread non-observance of the DeathVaxx Passport.  I tested this last week, by entering two places where it is forbidden to enter without a DeathMask or DeathVaxx Passport, certifying that you have been Injected or DeathSwabbed.  Neither asked me for the Passport, only one asked if I had a mask, and made no fuss, when I said I did not.

7 thoughts on “BREAKING: Assembly of the Council of Europe denounces Green Passport”