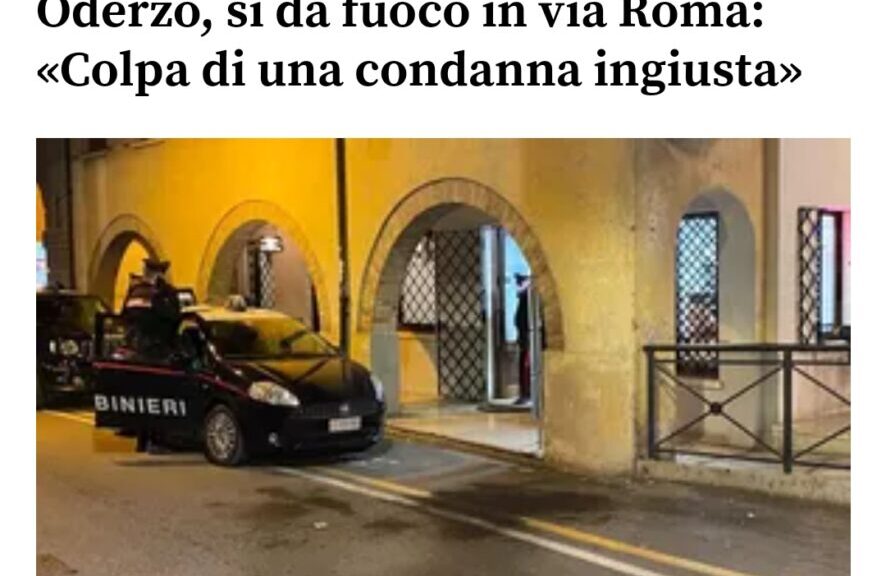 In a tragedy which moves the heart of everyone of good will, a Kebab Take-away owner doused himself with a flammable liquid and set himself afire, moments after he was fined by the Carabinieri for not observing the DeathVaxx Passport regulation in his business.

This horror took place at Oderzo, in the heart of the Veneto, in northeastern Italy, near Venice.

It is not clear if he allowed a customer to be served without a DeathVaxx Passport, or if he himself did not have one.

So in punishment, the DeathPolice gave him a DeathFine, which for a business could be ruinous.

In despair the owner set himself a light, and burning a live then ran 150 feet down the street on fire, until he was stopped by the police and other businessmen armed with extinguishers.

He is now in hospital in very grave condition, barely alive.

This is the second case of an Italian resident setting himself on fire within a week.  The first was a school teacher who was fired for not having the DeathVaxx Passport, on account of which he lost all his pension for life. FromRome.info published the video of his protest suicide (as he died subsequently in hospital) to make known to the world the message he chose to sacrifice his life to send.

The level of desperation, obviously, here in Italy is extreme.

Italians do not lash out, they are more inclined to harm themselves. And these two cases prove that.

A tragedy of humanity that brings us other Italians to tears.

7 thoughts on “ITALY: Owner of a Kebab sets himself on fire after being DeathFined”