Today, I've signed a letter along with @PremierScottMoe, @GovGianforte and 15 other American governors urging President Biden and Prime Minister Trudeau to drop the cross-border vaccine mandate for truckers.

It's bad public health theatre and it needs to go. 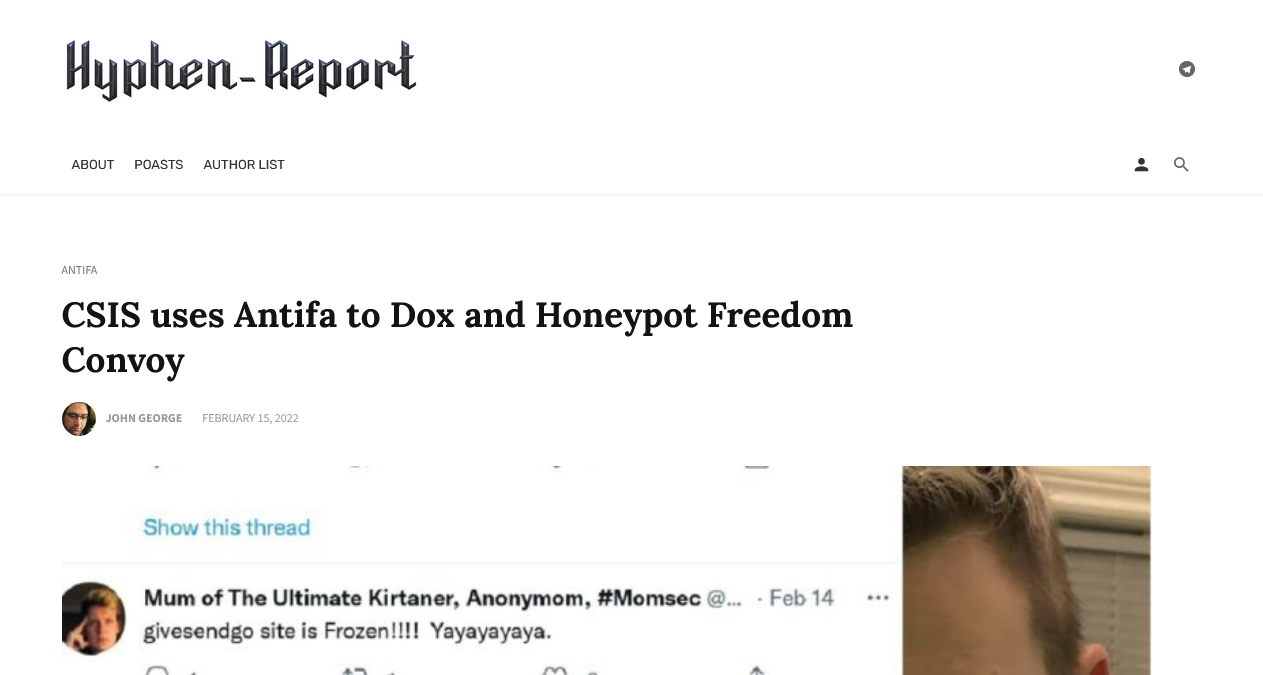 GiveSendGo is in the USA, so is GoFundMe. Hacking a donor list is a federal crime in the USA. So the Canadian Government just committed a US Federal Crime inside US territory.

The world is watching Canada be turned into a banana republic. pic.twitter.com/ivjLJ95Fkz

On Feb. 12, an alliance of German and Polish Antifa militants gathered in front of the migrant center in Krosno Odrzańskie on the Polish side of the Polish-German border.

Antifa went there to try to free some of the migrants by force.

Polish police discovered German Antifa websites calling for a violent protest at a closed migrant camp by the Polish-German border.

On Feb. 12, riot police were sent to Krosno Odrzańskie to handle the German-Polish Antifa alliance.

The events in Canada are spiraling to extremes, but it appears that everything is going down within the Globalist plan. Take this interview by Tucker Carlson of a Hoover Institute (Skull and Bones) on the situation:

Victor Davis Hanson weighs in on Trudeau's authoritarian response to the peaceful freedom protest in Ottawa: "Ultimately, I don't think Trudeau is going to win this." pic.twitter.com/z7HAVVnaoI

And the Globalist controlled newspaper response:

FUREY: Legal voices have big concerns with what Trudeau has done https://t.co/SmJiGwIek9 Via @anthonyfurey pic.twitter.com/yOKaifCJ9m

See that the Truckers, who are very few in number, are getting a lot of support from globalist organizations in public media, one has to wonder if they are being manipulated or not.

Here in Italy, we had a similar protest by longshoremen. That was back in October. It seemed to be achieving something, but then fizzled out, suddenly, only adding further despair among the resistance.  Since that time the Resistance has achieved nothing further but lamentation. Each of the apparent resistance groups refuses to cooperate with the others, unless of course they are obvious controlled opposition, such that even the largest groups cannot manage 200 persons at a rally.

What is clear is that the Globalists want PERMANENT DICTATORSHIP AND MARTIAL LAW. They do not want any possibility of elections in the future. The Truckers in Canada are being used to achieve that end, whether they realize it or not.