Editor’s Note: Report begins at about 3 minutes into this video. This report also documents that the Gestapo are deploying LRAD weapons against the free citizens of Canada.

The Toronto Sun is confirming the attack on the crowd: 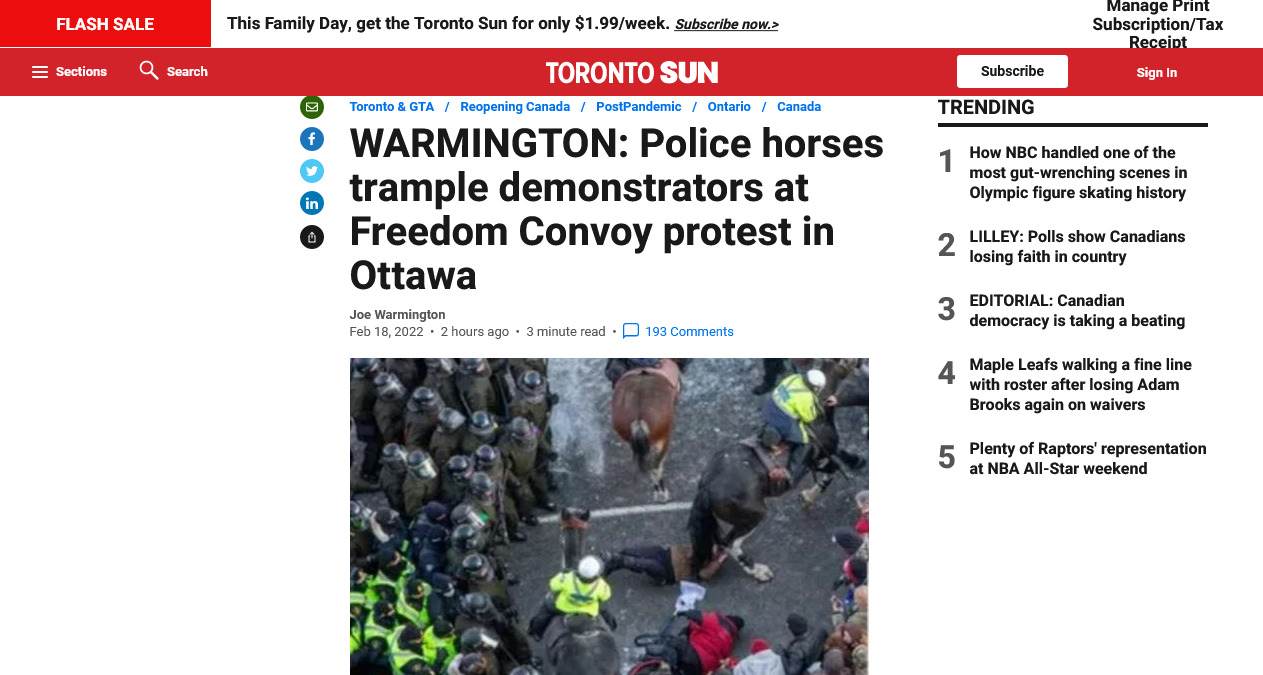 I have spent 12 days live streaming from Ottawa. I did not see one shred of violence until the police showed up.

More confirmations of the reckless cavalry maneuver which accompanied a massive police push to retake the square. This was clearly orchestrated and planned with disregard for human life:

WATCH: Close up of peaceful protestors in Ottawa protesting mandates being trampled by the mounted unit.

More violence was perpetrated, too:

But here is the excuse of the Ottawa Police for harming citizens:

The Ottawa Police are sinking lower and lower. https://t.co/7z2twMJgF2

But the claim was false:

This is the lady that got Trampled by the police Horses in Ottawa. There was no bicycle thrown, it was her walker that was also trampled by the cops. Pray for her! #HoldTheLine pic.twitter.com/Z5TCn9Pxly

Finally, here is 8 hours of live coverage which record the events of yesterday’s fateful day:

As in everything, even eye witnesses can be confused. Others are saying, it was a woman who was trampled, saying nothing about a skull being crushed:

Ottawa Police has just thrown the biggest bomb on their credibility with a perfect and total nuclear strike on their honor by trampling this handicapped woman with her walker and calling her a liar by saying she has thrown a bike on them!!! pic.twitter.com/oKGeAEvcKJ

We will have to wait some days to see if there is any confirmations from relatives or family, for at this point no one can trust what the police might say, if someone was killed.