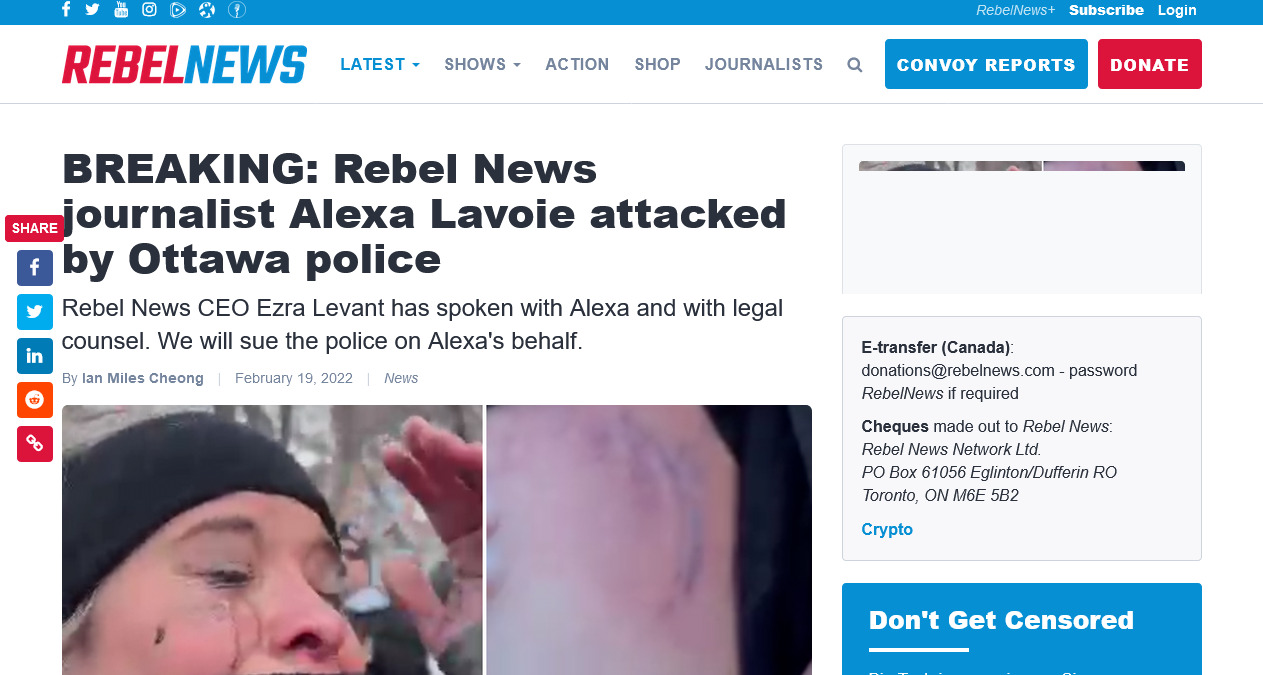 “Police have been instructed by Trudeau to attack journalists,” says reporter in Ottawa. — The whole free world needs to stand aghast at this.

And who would think that the city police of the Canadian capital were of this kind?

Ottawa Police Chief says even if protesters “retreat and go home”, they’ll be hunted and punished.

Meaning they have ZERO incentive to leave.

Because cowering won’t save them.

But the truth is, as is the police in the capital of your nation, so is your government in truth. Nazis use gestapo and recruit gestapo, because that is what Nazis do.

And this is no exaggeration, because you do not act like this when you are planning to act lawfully against your own citizens: