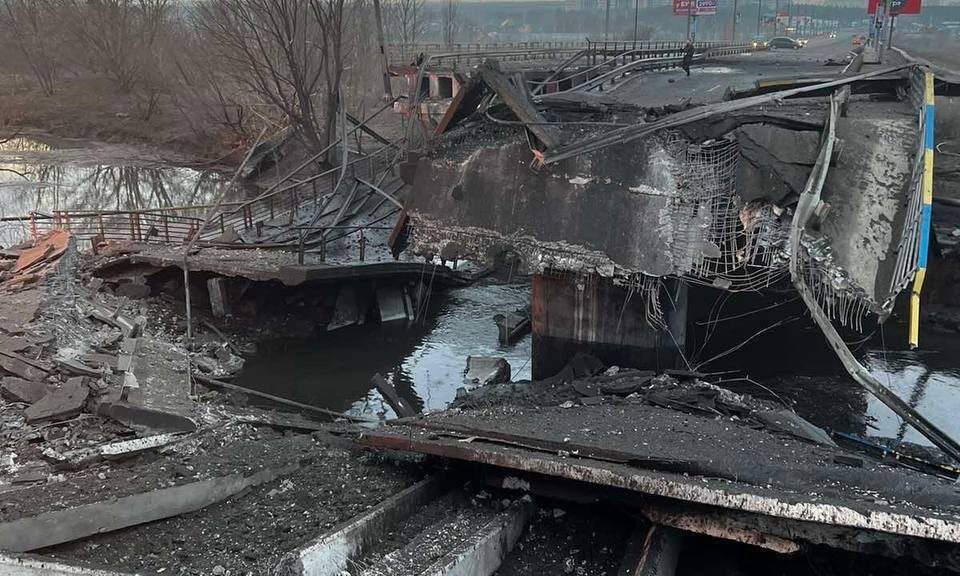 This is an amazing development. Ground Forces of the Russian Federation have succeeded in penetrating to within 45 km of Kiev, the capital of the Ukraine, in just 27 hours after the invasion began.

The threat is so imminent, that the Ukrainian government has ordered the demolition of bridges entering the capital to prevent the Russian advance.

This means that the armed forces of the Russian Federation are advancing without any opposition.

Now, I understand why Putin has called this a “special military operation”. This is not a war. This is what is called, in military tactics, a complete overrun.  The Ukraine will be no more in a matter of days.

The rapid Russian advance seems to have been achieved in part by means of the use of German WWII tactics of infiltration, in violation of all international law:

BREAKING: Russians seized two Ukrainian military vehicles, put on Ukrainian uniform and are moving to the center of Kyiv. They are followed by a column of Russian military trucks.

Russian militants seized two vehicles of the Armed Forces of 🇺🇦, changed into the uniform of the 🇺🇦 military and are moving at a high speed to the center of Kyiv from Obolon. They are followed by a column of military trucks. They`ll be neutralized, says Deputy Minister of Defense