Editor’s Note: I do not understand the substance of Father Kramer’s objection to my comments here in the Editor’s note to the repost of his interview by Mr. Glazov. But out my great respect for this man of God, I publish this public notice here, for record. 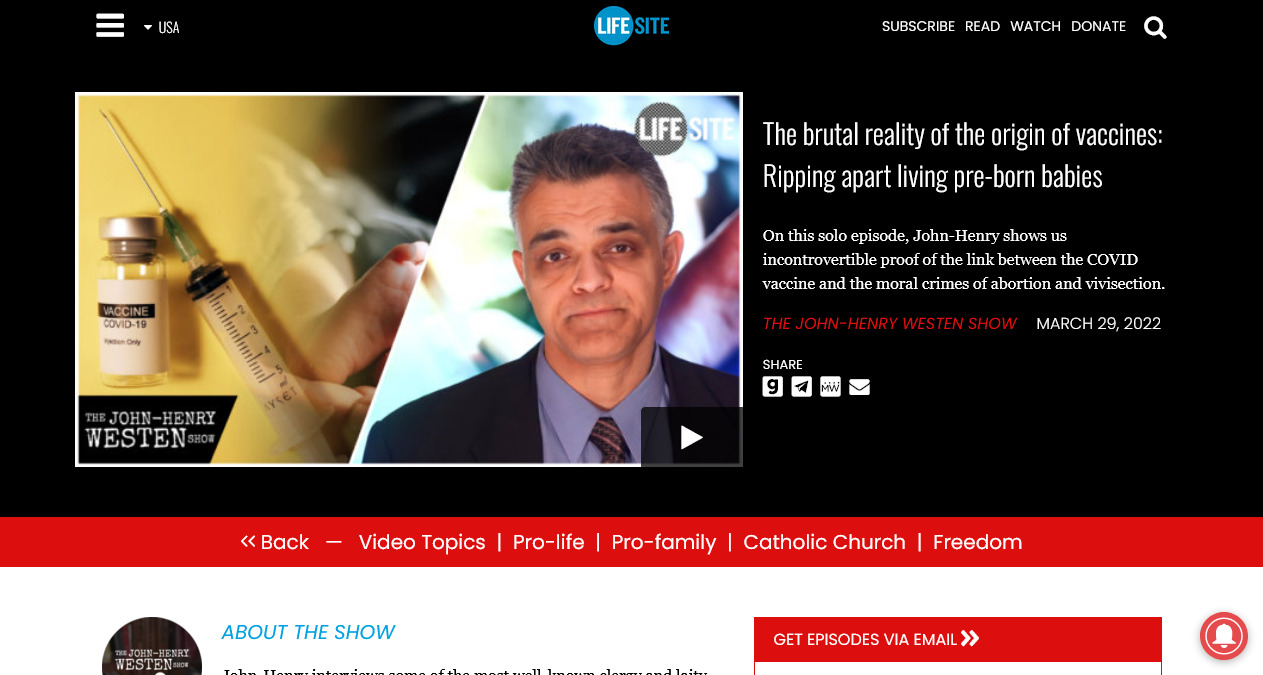 Editor’s Note: I never thought I would see the day. I had come to doubt that Weston had this much integrity. If I had a bottle of spumanti, I would be toasting him right now. This will open the flood gates of truth among many Catholics in the English speaking world.

Weston makes his remarks regarding the video with Fr. Kramer and Fr. Gruner published the other day, again, here at FromRome.Info, which Ann Barnhardt brought everyone’s attention back to, a few days ago.

"FREE WILL IS OVER" | World Economic Forum adviser says that Covid-19 was critical to CONVINCE people to legitimise total biomectic surveillance.

*to monitor people under the skin. pic.twitter.com/owYCpub6yI

🇺🇦 A new drone footage of the destroyed city of Mariupol.pic.twitter.com/cE8gJPhlWt

If ever there was a ‘told you so’ moment… pic.twitter.com/kyLoL4WD5k 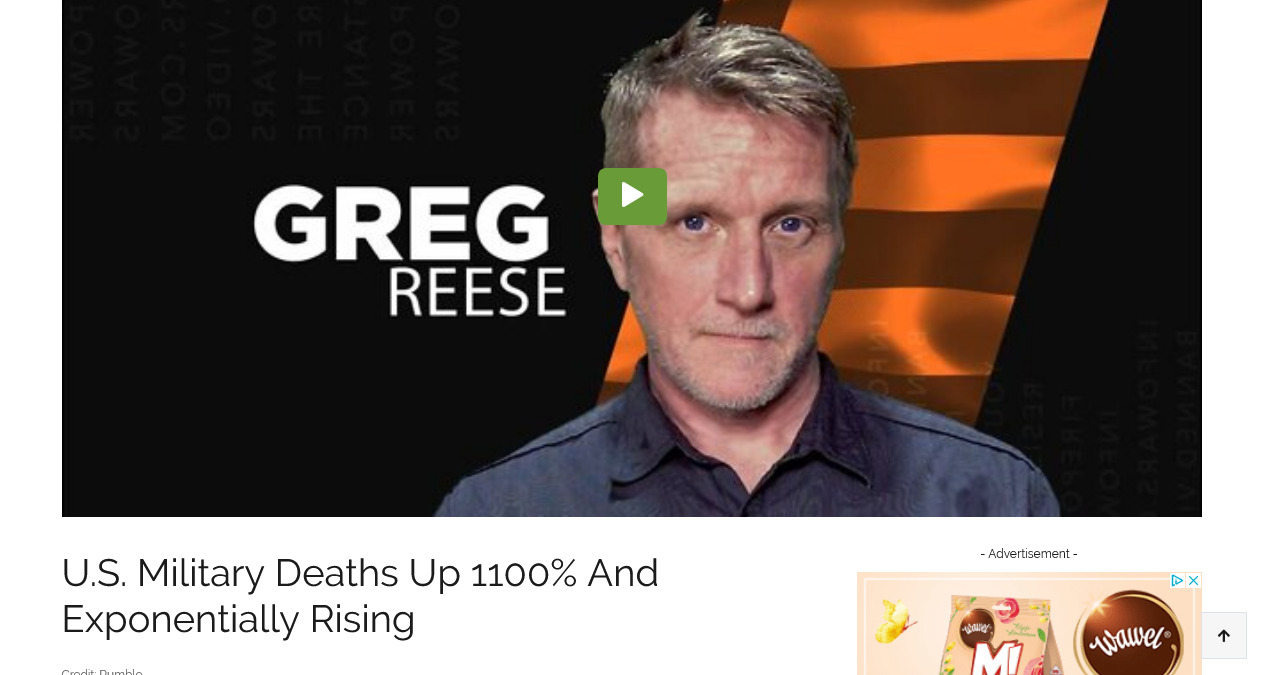 Editor’s Note: Back in December, I observed that the increase, in mortality in the USA of 30% in the 3rd Q, and of 250% in the 4th Q, would mean that the mortality might increase as high as 1000% in the 1st Q of 2022. I got a lot of criticism for that, but this news seems to confirm that my guesstament was correct. 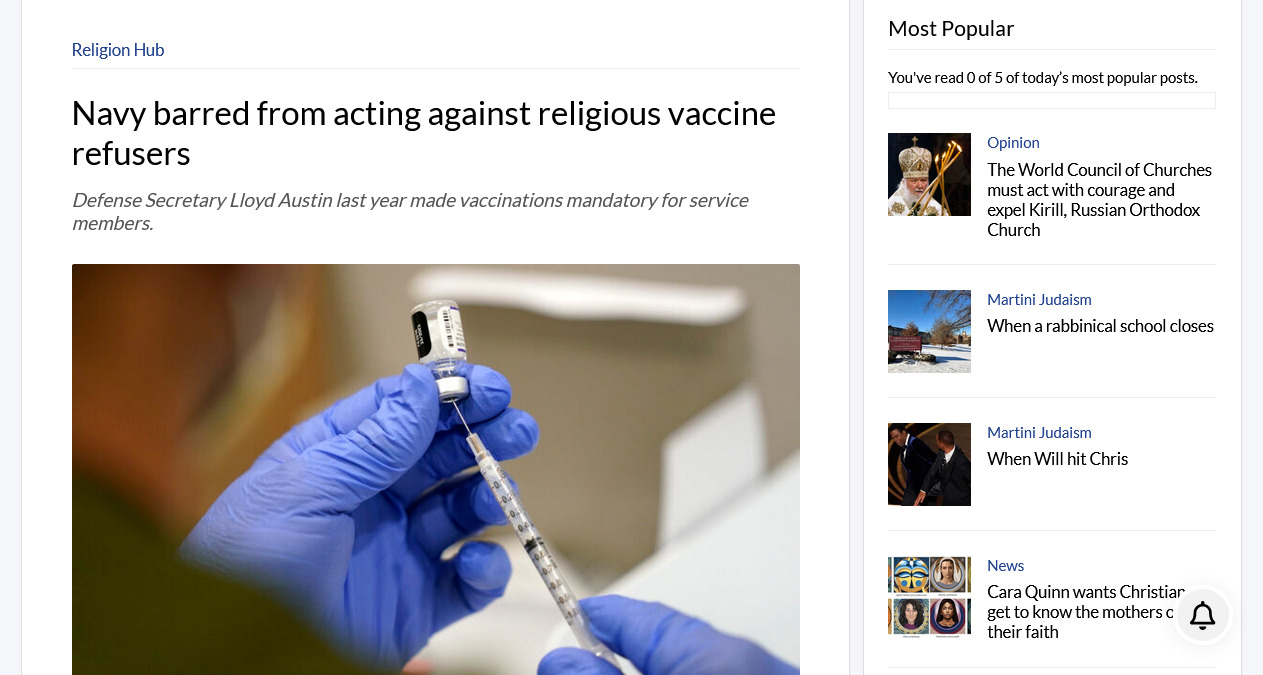 This week's The Patrick Coffin Show features a review of the establishment Catholic media reactions to my evidence video that Francis is an antipope, plus an invitation to @Michael_Voris to debate the evidence on—his platform. https://t.co/b6tEd6CU0G

Editor’s Note: Now that it is increasingly clear that Benedict XVI is the Pope because there is no such thing as a Pope Emeritus — as Cionci has eminently proven with dozens of articles in Italian newspapers — Google in Italy appears to have been asked by the Vatican to cover it up by renaming all dead popes, “Ex Popes”, to make them appear to be Popes emeriti, like Pope Benedict.

@Uscei #sedeimpedita #antipapa
Which in English means: The latest madness: to mask the sloppy attempt to pass off Pope Benedict XVI ( the one true pope) as an “ex pope”, all the dead popes have now been named “ex pope”. Those whom God wills to destroy, He first drives mad.
Explanation:  All deal popes have always been called, “Pope”. This presents a problem for Bergoglians. Because then Benedict has to be called “Pope” not “Pope meritus”. So instead of addressing the canonical problems head one, they do a 1984 and change reality by erasing the previous title and replacing it with “ex Pope”.  It seems there is a big brother watching you, and his name is Jorge Mario Bergoglio! 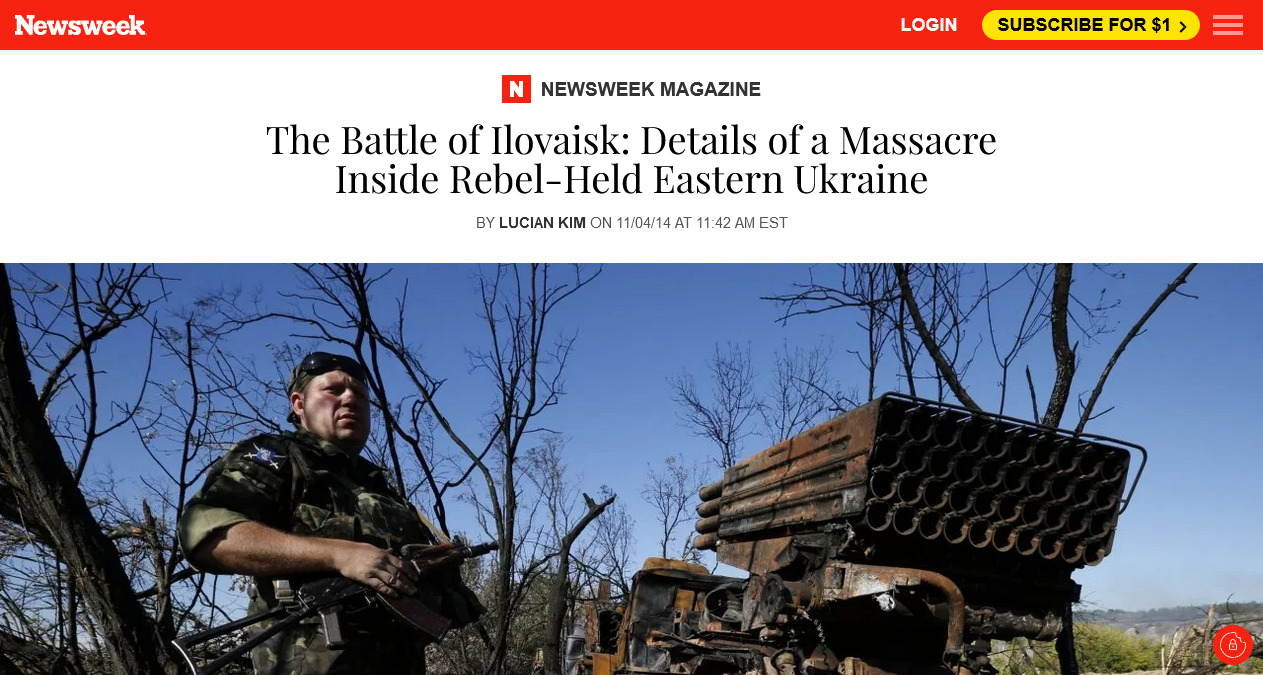 Fr. Kramer holds the opinion that Pope Benedict XVI intended an expanded ministry, which is not established by anything Benedict XVI has said, but is the interpretation of Ganswein, which he later withdrew. — This interview is primarily about what is i the Third Secret of Fatima.

Father’s opinions about Putin are based on not knowing that the WEF put Putin in power or that Putin is a young global leader chosen by Klaus Schwab. He is also not informed about the principles of just war, for he argues that since territory was owned by the Tsar, then Putin, whose political team (Soviets) murdered the Tsar, has the right to the Tsar’s lands, which is most certainly false, since murderers have no legal right to the property of those whom they murder. etc. For the most part, Father Kramer simply regurgitates Russian talking points, all of which upon investigation can be demonstrated to be false. For example, he cites votes which were never monitored by impartial observers, and ignores those which were, all of which voted to stay with Ukraine. 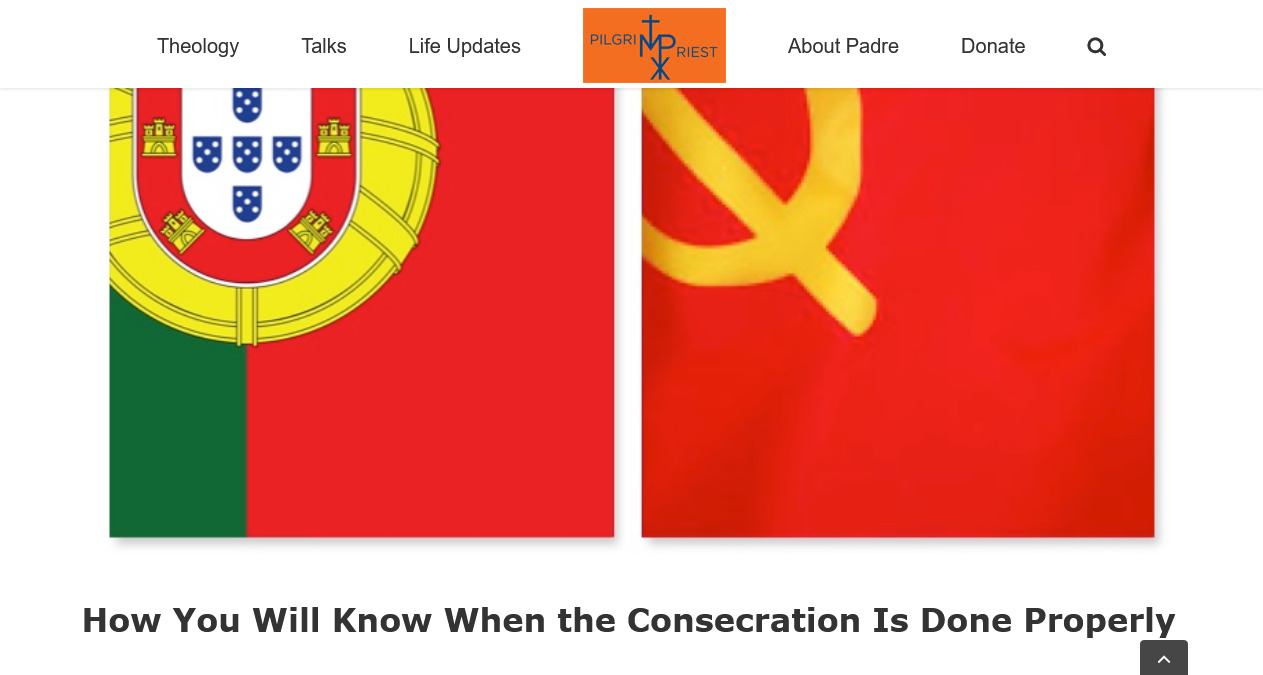 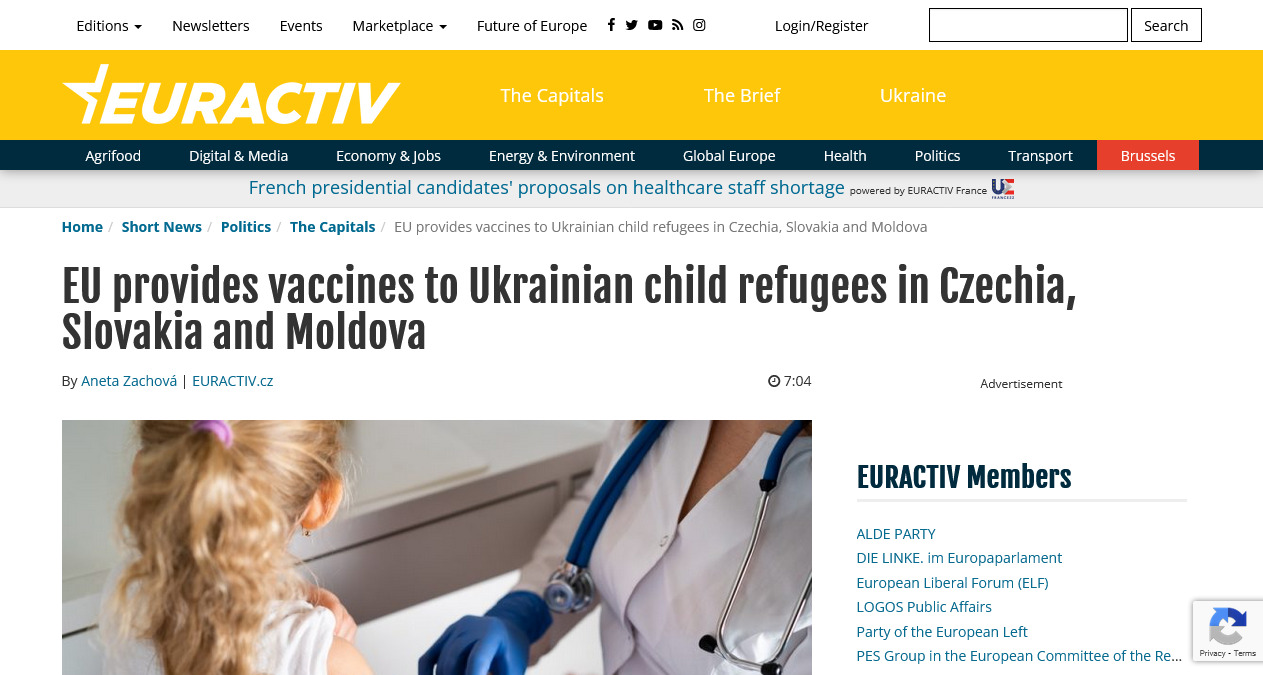 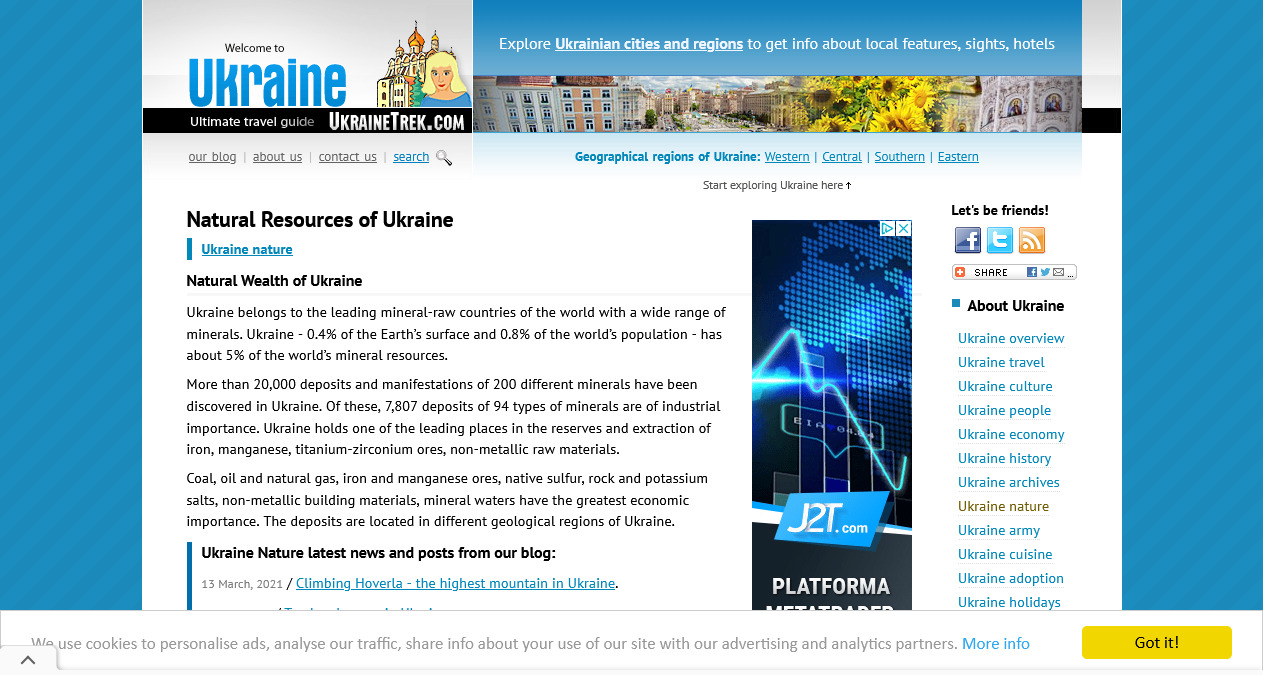