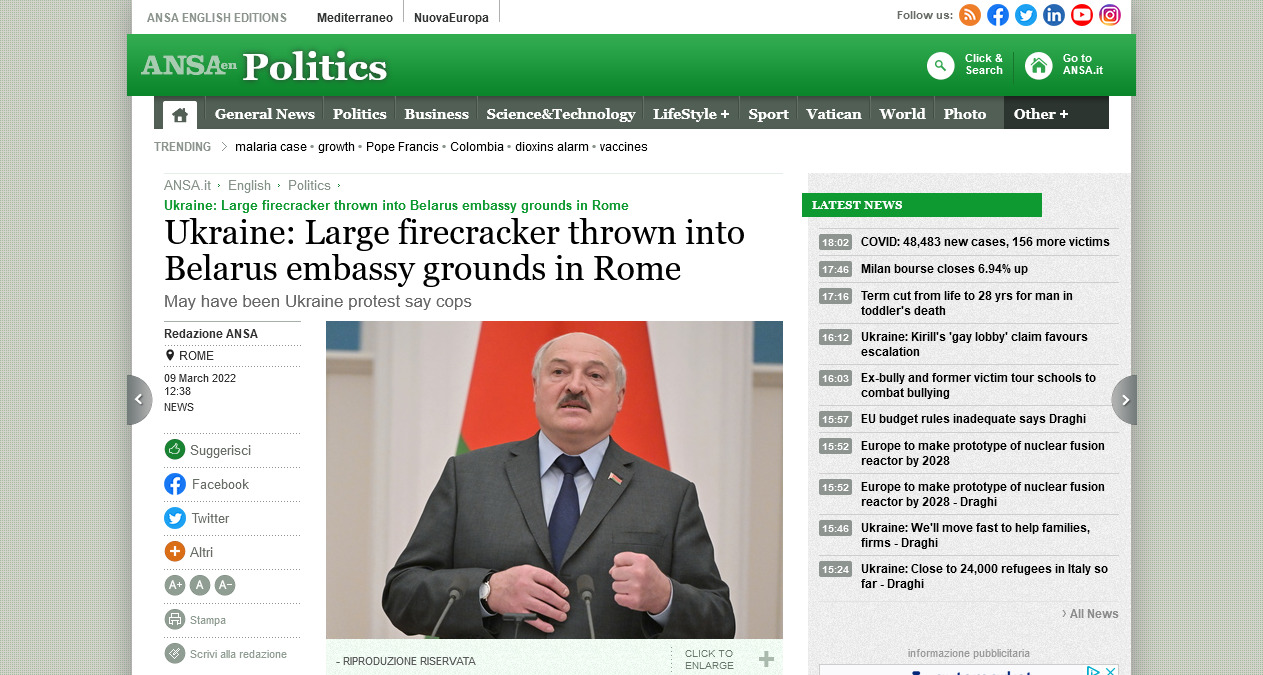 Editor’s Note: Large fireworks, which we could call noisemakers, in the USA, are easily obtained in Italy since they are not illegal. That one was tossed into embassy grounds is not necessarily a sign of political protest by Ukrainians, as Roman youth are wont to target those who are considered political pariahs.

Yet, it is not surprising or irrational to suppose that this was no innocent act of mayhem. Rome has a far right political group known for violence and protected by authorities, called, “Casa Pound”, after a fascist thinker by the name of Pound.

⚡️Belarusian Foreign Ministry said that a terrorist attack was carried out against the #Belarusian embassy in Italy: allegedly unknown people in masks threw some objects on the territory of the embassy, after which one of the objects exploded. pic.twitter.com/s8jFpNRCuw

One thought on “Large Firework tossed into Belarus Embassy grounds at Rome, Italy”