The EU joined Russia in the war against Christianity, in their vote today to sanction Poland and Hungary:

Poland took in 1.4 mln refugees in 2 weeks and is struggling with the economic costs. pic.twitter.com/HGoEUdhx0G

This news is not surprisingly being ignored except in Malta: 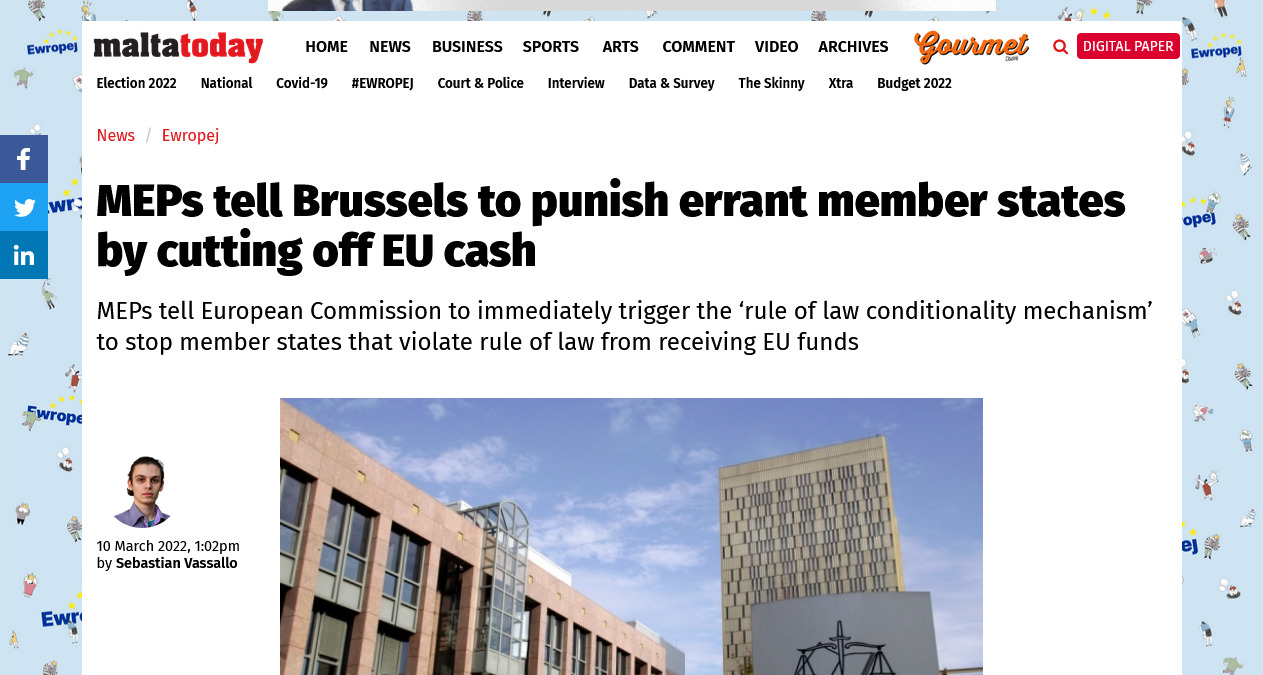 And here is a simply graphic showing the alliances:

If you want to know what the situation is in Central and Eastern Europe between Poland, Ukraine, Germany and Russia, it looks more or less like this: pic.twitter.com/5LhsQobbtE

8 thoughts on “The War is against Christianity, from both East and West”