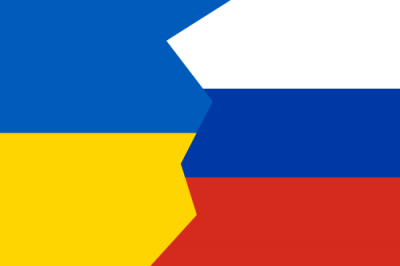 The Globalists have shown themselves to be experts in the diabolic use of psychological techniques to conquer and enslave minds. We saw how effectively they did that with the unsubstantiated claims of a Pandemic, of the existence of a new pathogen, SarsCov19, and of the effectiveness of a lethal toxic experimental gene altering serum, called the Covid Vaccines.

Most bought these lies and remain incapable of even accepting liberation of the minds from their dearest and closest familly, friends and colleagues.

The same is happening with the war in the Ukraine.

But in the last 12 years, Russian state sponsored propaganda has painted an image of Putin as a Saint — even though he has assassinated and murdered dozens of journalists, military officers and dissidents who disagreed with him.

And thus, following the massive disillusionment many have with their globalist controlled governments, outside of Russia, it was only natural that they would be prone to run to some sort of image of security, that they could grasp to.

Such men can never be our saviors. That should be obvious.

But for us Catholics, it is even more surprising, that the adherents of Putin, have gone so far as to deny international law, just war principles, morality and the teaching of Scripture on these things to sustain their new Divine Daddy Savior, Vladimir Putin.

Wherever I go in Poland, when discussing these things, Poles and Ukrainians alike shake their heads that there are such deceived westerners who look to Putin as their savior.

The Catholics and Orthodox of Poland and Ukraine are united in the truth. They know who Putin is, and they collaborate together, each in their own way, to defeat his malign plans for the Ukraine.

To my readers, forgive me if I tire of giving the haters of truth the time and pleasure of calumniating others. So from now on, all comments which deny these principles of morality, just war, international law, from whomsoever they come, will not be published and their authors will be banned from all future comments.

If you want to merit damnation, I cannot stop you. But I am not obliged to publish your sinful screed at FromRome.Info.

And if you disagree with my editorial policy or Catholic Faith, then have the integrity to read another site, like Russia Today.