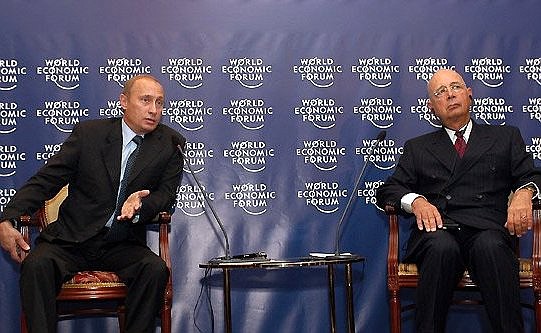 Saint John the Apostle warned us 2000 years ago, nearly, to beware of the spirit of the Antichrist afoot in this world. But he added that many antichrists already existed in his own day, and identified them as all who left the communion of the one Holy Catholic and Orthodox Church — what we all used to call the Church before 1048 A. D. — through heresy, leading others astray and against Jesus Christ.

In his own day, he identified these as those who refused to believe that the Son of God became man and suffered as a man for our redemption.

In our day, there are also many antichrists. But it is not so easy to identify them, because few know their faith well, and fewer still live that faith with fervor. Indeed, we live in an age in which we are constantly spoon fed lies and urged to zealously propagandize them.

And in doing this, we become servants of Satan, who, as Christ said, was a liar and a murderer from the beginning.

We also live in an age of great vice. Especially as regards those vices of which the beloved Disciple wrote: pride of life, pride of the eyes, and pride of the flesh.

So very few react normally when it is pointed out to them from authoritative sources that they are wrong. Instead, they accuse others of pride for not accepting the lies they themselves are beholden too, on the basis of irrational arguments.

Those who had given themself up so such idolatries of spirit attacked Christ in His own days too, claiming He worked miracles by the power of devils. He rebuked their blasphemy by a simple rational argument: for if the house of Satan is divided against itself how does it stand? But if the finger of God is at work in these miracles, then the Kingdom of God is in your midst!

For these reasons, it is an obvious inference that Vladimir Putin is an antichrist.  First to be an antichrist, you have to be a baptized Chirstian. And he is. Second, you have to be so admired that you are perceived a leader. And he is. Third, you have to commit a horrible error or sin and lead others to do it. And he has done this in undertaking a war of aggression contrary to the teaching of the Prince of Peace, and that, against another Christian Nation.

I pointed out in my last live report, on March 11th, that such a sin is no small one. The Emperor of Austria committed the same sin according to kind, when he imposed an ultimatum upon Orthodox Serbia and invaded it. Pope Pius X rebuked him for it. And he lost his empire. He was also morally responsible in causa for the 20 million killed in the war as a consequence of his breach of international peace.

Putin too had admirable qualities in that he promoted Orthodoxy in Russia and opposed a lot of the degeneracy of the West. But he had dozens of his political opponents assassinated in the most cruel and clandestine manners. And just the other day another Oligarch from Russia was found hanging in his garage in London. At Putin’s command? Who knows.

But Putin was recruited by the World Economic Forum and raised to his position of power in Russia afterwards. He led Russia in a massive economic expansion which enriched a lot of people inside and outside of Russia. And though many fear him in Russia, he is also well loved and praised there for being the kind of leader Russia had under the Tsar.

But like all globalist leaders, what they appear to be is not what they are and they take their orders from the W.E.F. which is itself a tool of the Pilgrim Society and the Skull and Bones Lodge.

Can we blame all Russians for what Putin does? Certainly not. Even among his military in the Ukraine it is evident that they did not want this war against their brothers in Ukraine, many of whom are their blood relatives.

Can we excuse what Putin has done for any reason? No.

First, because to have a just cause in any war, there must be a proportionate reason to begin hostilities, and this is only 1) if the other side is a military threat and is planning invasion, or 2) the other side is under the rule of Satanists, and your side is not, and you enter to liberate the citizens of the other nation from Satanic rule.

Each kind of war requires different levels of evidence to establish this fact. And sometimes a nation has the right to begin hostilities by means of some prior treaty, whereby the other nation granted such a right, as a terms of armistice or peace.  Such was often the case in Europe before the French Revolution. Such was the case after the First Iraq War.

And in such cases, there can be light reasons to begin hostilities. But in all other cases the reasons must be grave and the principal motivation for aggression must be to neutralize the threat.

Attacking non-combatants in the opening month of war is an obvious sign that the war is not being conducted for any honest reason, because violence against non-combatants is never justified: it is always against the 5th Commandment of the Decalogue: Thou shalt not kill.

Declaring a war of aggression against an entire nation because of some group in that nation which is small, is also not a proportionate reason. This applies in this case, wherein Putin declared that he wants to denazify Ukraine, but attacks everyone.  It’s also very hypocritical of Putin to assert such a pretense when he got his power from a son of a Nazi, Klaus Schwab.

A proportional response would be to fund groups which oppose National Socialism or seek evidence on them to get them prosecuted according to the laws of Ukraine or international law. Did Russia ever do that? I do not know. I expect not, since he knows well that the Azov Brigade was supported by the Globalists to give him the pretense of a pretext for this war.

But many Christians by jettisoning faith, reason and all morality to support Putin, show that Putin is indeed an antichrist, who leads souls to perdition, as an angel of light.

I have lost number of the artful letters of calumny, libel, insult and most vicious language that have been penned against me for stating the truth of Christ and His teaching in matters of war and of coming to Poland to help Ukrainians of all kinds who are innocents and non-combatants.

I do not think I am prejudiced, when I say, that in every case of persons whom I have known, many of them benefactors, their behavior as Christians has gone from light to darkness in a matter of days. A sure sign that they are no longer following the Child Jesus, the Prince of Peace.

Some of them even accuse me of throwing them under the bus, as they viciously pen a letter against me and send it to me. Projection.

Defensive Wars, however, require little justification, simple because the natural right of self defense grants sinners and saints and the mediocre the right to defend themselves against mortal threats. And since war is the most mortal of threats, one is nearly always justified in defending oneself from a war of aggression, in the first kind of war. In the second kind of war, I cited above, the defense is illegitimate inasmuch as it seeks to retain power over the innocent for their exploitation. But in the case, of two globalist leaders (speaking of their goals and motivations), only the nation  and its citizens which defends against the war of aggression can justly conduct war, since in just a case the natural law is the judge.

Let us pray for all the souls that Putin has led astray in Russia and outside of Russia and let us stand against all enemies of innocents and against the Great Reset and not allow them sacrifice the Christian Nation of Ukraine on the altars of Satan.

30 thoughts on “Is Vladimir Putin an antichrist?”