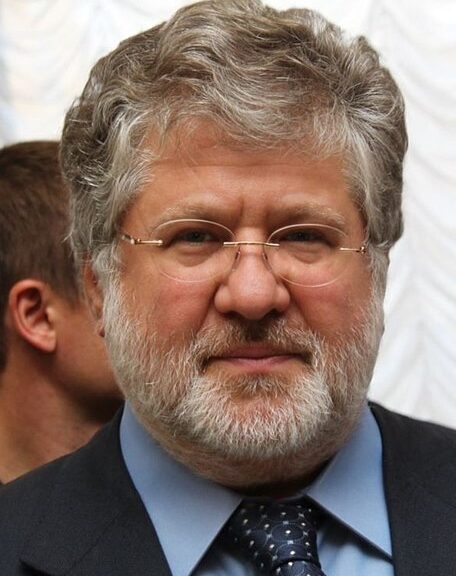 By far one of the most pungent of all propaganda narratives used by the Russian Federation against all who would come to the defense of the Ukrainian people and their desire for sovereignty and independence is the Narrative about the Azov Regiment and the “Rise of Nazism” in Ukraine.

That story-line goes like this: ever since the American coup d’etat in 2014, the government of Ukraine has been taken over by Neo-Nazis or more properly real Nazis, who have outfitted a brigade called the Azov Regiment which advocates for the genocide of non-whites world wide, and Russia has decided to protect humanity from this threat by invading the Ukraine and denazifying it.

But the reality is quite otherwise.

The Azov Regiment does exist, and it is in fact Nazi in its political ideology and many of its practices. Here is what the Wikipedia Article about it says, in its introduction:

The Azov Special Operations Detachment (Ukrainian: Окремий загін спеціального призначення «Азов», romanized: Okremyi zahin spetsialnoho pryznachennia “Azov”), also known as the Azov Detachment, Azov Regiment (Ukrainian: Полк Азов, romanized: Polk Azov), Azov Battalion (until September 2014), or simply Azov, is a right-wing extremist,[1][2] neo-Nazi,[3][4][5] formerly paramilitary, unit of the National Guard of Ukraine,[6][7][8] based in Mariupol, in the Azov Sea coastal region.[9] Azov initially formed as a volunteer militia in May 2014,[10] and has since been fighting Russian separatist forces in the Donbas War. It saw its first combat experience recapturing Mariupol from pro-Russian separatists in June 2014.[6] On 12 November 2014, Azov was incorporated into the National Guard of Ukraine, and since then all members have been official soldiers serving in the National Guard.[11][12]

The Azov Regiment is an operative force of the Ukrainian army because of the decision by the government to upgrade all National Guard and home guard unites into Regular Army Units:

Ukraine decided to turn all volunteer battalions—both the Territorial Defence Battalions associated with the armed forces, and the Special Tasks Patrol Police of the interior ministry—into regular units of the Ukrainian Armed Forces and the National Guard, respectively.[when?] Azov is one of the latter. The Ukrainian government also opted to deploy only volunteer units to the Donbas front,[67] pledging that conscripts would not be sent into combat.

In January 2015, Azov Battalion was officially upgraded to a regiment and its structures took a definite shape. A mobilization center and a training facility was established in Kyiv, in former industrial complex “ATEK” for selection and examination; and the personnel, composed by volunteers from all over Ukraine, has to pass through a screening and vetting process, quite similar to army’s mobilization procedures.[68]

The Azov Battalion is not comprised solely of Ukrainians:

According to The Daily Telegraph, the Azov Battalion’s extremist politics and professional English social media pages have attracted foreign fighters,[37] including people from Brazil, Italy, the United Kingdom, France, the United States, Greece, Scandinavia,[7][37] Spain, Slovakia, Czech Republic and Russia.[7][69][70] About 50 Russian nationals are members of the Azov regiment.[71] The group has used Facebook to recruit far-right individuals from other countries within Europe.[72] In 2019, under Facebook’s Dangerous Individuals and Organizations policy, support for the group was not allowed,[73] although this was temporarily relaxed during the 2022 Russian invasion of Ukraine.[74]

Around 20 Croatians joined the Azov Battalion in January 2015, ranging in age from 20 to 45.[75][76] After Croatia’s foreign minister Vesna Pusić confirmed that there are Croatian volunteers in Ukraine, the Russian Foreign Ministry called Croatia to withdraw its citizens from armed conflict. Pusić replied that Croatia opposes any involvement of Croatian citizens in the war, and stated that they went on their private initiative and that Croatia is working on bringing them home.[77] Interior minister Ranko Ostojić said that Croatian volunteers are fighting on the side of the legitimate Ukrainian government and are not committing any kind of crime according to Croatian law.[78]

The “Ukrainian” Oligarch behind the Azov Battalion

But is the Azov Unit something representative of Ukrainians or the Ukrainian Government?  To answer that question we have to consider who brought it into being.

This article, above, contains a wealth of information, which takes some time to read and digest.  But the take away is that the Azov Unit was not created by the Ukrainian government, but was begun as a private armed militia by a Ukrainian Oligarch by the name of Igor Kolomoyskyi.

Kolomoyski is considered the 2nd or 3rd richest man in the Ukraine. He has financed the Azov Brigade from its inception to protect his economic interests in the super rich mineral basin of the Donbas, in SE Ukraine.  According to Wikipedia, he is Jewish, not Ukrainian.

He is also heavily involved in Jewish Politics:

Kolomoyski is a prominent supporter of Ukraine’s Jewish community[36] and the president of the United Jewish Community of Ukraine.[37] In 2010, he was appointed as the president of the European Council of Jewish Communities (ECJC)[38] after promising the outgoing president he would donate $14 million,[39] with his appointment being described as a “putsch“[37][38] and a “Soviet-style takeover”[40] by other ECJC board members. After several ECJC board members resigned in protest, Kolomyski quit the ECJC and, together with fellow Ukrainian oligarch Vadim Rabinovich, founded the European Jewish Union.[39]

And in 2021, the Biden Administration banned him from entering the USA because he is considered a security threat.

So, now you can see that the Nazi-Narrative about the Ukraine is unravelling fast. Because both the founder of the Brigade and its financier know that the principle financier is a Jew. The anti-semitic talk and violence perpetrated by the Azov Unit members, therefore, is simply a narrative game to fool the public and hide the truth!

Kolomoyski, being a Jew, supported the candidacy of two other Jews to run the Ukrainian Government: the Prime Minister and President. Being the 2nd richest man, he got his way.

Kolomoyski also hired Biden’s son, who was well aware of the child torture being perpetrated by his private militia.

The de-nazification story-line is thus a red herring. Putin who has been seen kissing boy’s stomachs in public, certainly does not want to say he is attacking the Ukraine to rid it of pedophiles.

The reality is, that by attacking the Ukraine he is separating a Million families, women and children, from their fathers. The families are fleeing and many of them will not have the man of the house return.  This is a pedophile dream come true.

So for all of you who think that defending Ukrainians and opposing Putin is of the Devil or is supporting the rise of Nazism, you are in good company with the masses of fools who imbibe propaganda crafted by Globalists.

16 thoughts on “Is the Ukraine a Neo-Nazi State?”