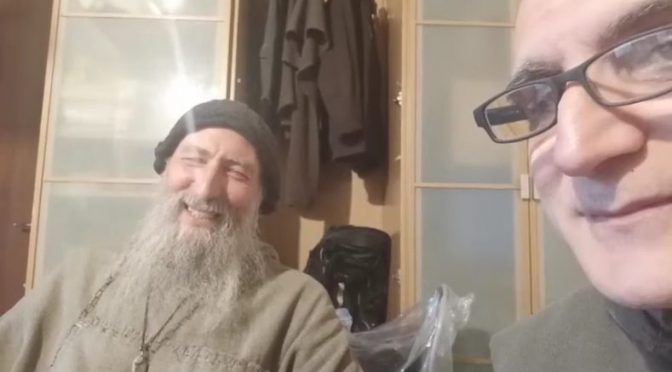 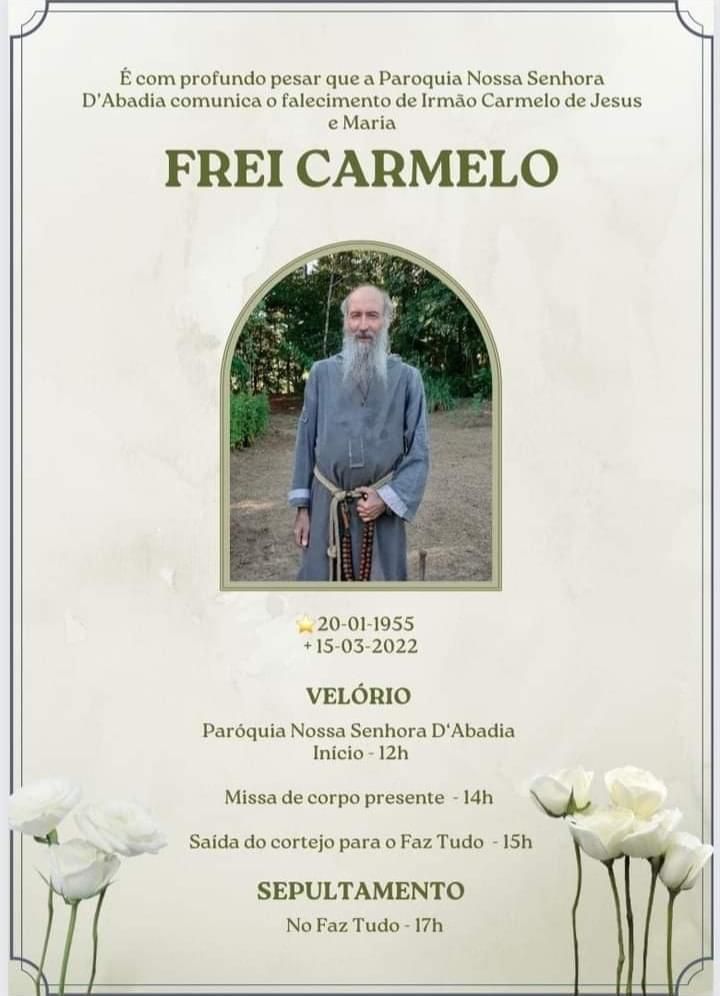 It is with great personal sorrow that I have come to know of the passing of a dear confrere, Frà Carmelo, whom I hosted and interviewed at my hermitage at Rome, nearly a year ago. Here is my English summary of our conversation.

Here is my interview of Fra Carmelo in Italian.

Frà Carmelo was the only Franciscan Friar I had ever met who wanted to observe the Rule of St. Francis as it should be, and as I also want to do. I had spoken with him just a month ago, when he expressed to me his desire to return to Italy to seek medical care. He had come down with pancreatic cancer, and his surgical intervention in Brasil, where he had gone to care for his hermitage, was cancelled due to his surgeon coming down with “Covid”. He did not make it back to Italy in time, and succumbed, yesterday, Above in the featured image is a photo of he and I, and in the article a copy of the Memorial Card of his funeral, which a good friend just sent me.

Please pray for his soul. We had resolved to restore the Observance of the Rule of St. Francis in the future, once the problems in the papacy were resolved. Fra Carmelo was persuaded by friends to believe that Bergoglio was the Pope, and so we agreed we could not cooperate until then. I pray that he is now in a place where he both can pray for us all and knows that Benedict XVI is the true pope! He was a simple soul, and very unlettered, and so, I do  not believe the Lord will hold his diffidence over who is the pope, against him, as he was mislead by dishonest counselors who are clever manipulators.