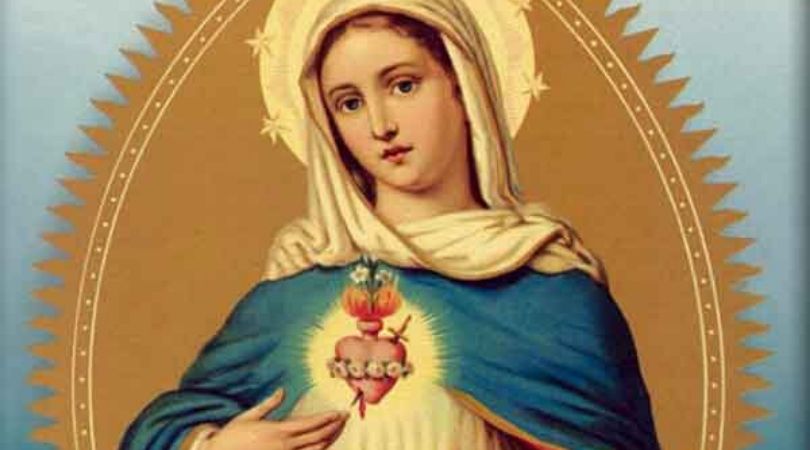 Many have asked me to comment about the act which Bergoglio will perpetrate on March 25, since the Vatican Press Office had announced that he will consecrate “Russia and the Ukraine” to the Immaculate Heart of Mary, as he calls for an end of the senseless bloodshed of this war.

Subsequently, the Vatican Secretary of State made it known that it was inviting all the Bishops to participate, “if they can” in this act.

Now, it is announced, that not only Russia and Ukraine, but all of Humanity will be consecrated.

Well, I am all for promoting consecration to the Immaculate Heart of Mary, as that is the fundamental vow of my religious life and I have striven for 40 years to live this, since my youth.

But an act of consecration is not a game and as a religious act of piety it has certain requirements.

Second, you have to use the right words. If you omit the word consecrate, it is not a consecration.  John Paul II liked using the word, “entrust”, which is not the same thing.  To entrust something, is to  ask another to look after it. But to consecrate something is to dedicate it solely to the service of the other to whom it is consecrated.

Obviously we can in the strictest sense only legitimately consecrate something to the One and True Living God. But since all the Saints in Heaven live for Him alone and  are united to Him in Beatific Vision, persons and things can also be consecrated to them, since virtually speaking, such a consecration is a consecration to God too.

Thus one can consecrate oneself to Our Lady, who is the Mother of God, that is, the Mother of the Son of God, Jesus Christ. And this has been done for centuries. You can also consecrate yourself to Saint Michael the Archangel, since he is chief commander of God’s armies.

But you cannot consecrate anything to anyone if, as I said you have no authority over it.

And not even the Pope can consecrate any nation, without consent of that nation, through it’s monarch or government, or by some special concession or delegation of God.

Now at Fatima, Our Lady said that She had been sent by the Most Holy Trinity to make known, that God has willed the consecration of Russia to Her Immaculate Heart, and demanded that this be done by the Roman Pontiff in communion with all the Bishops as a fulfillment of this request.

Therefore, there is a special delegation and a special act requested of those so delegated.

The act must be the consecration of Russia. You cannot include any other intention, because that is not authorized by the delegation.

The act must be done by the Holy Father, the Successor of Saint Peter.  And not the presumed one, but the real one.

The act must contain the explicit words, “I consecrate Russia to the Immaculate Heart of Mary” and make clear that this is done to fulfill the request of Almighty God verified through the miracle of the sun at Fatima, or at least contextually refer to that.

The act must be done in concert with all the Bishop who have the same intention and do the same act.  It is to be presumed that they should all do it at the same moment in time, because it is an act of piety, not a Mardi Gras commemoration.

So if an antipope does it in communion with all the bishops, some of whom know he is an antipope and others who know he is a heretic and others who are very confused, such an act can have no effect, because God will not be mocked by conceding grace for an act which He has not asked or in a manner violating His will.

Nor can an antipope do it, since he has no jurisdiction over anything, in the sight of God. Nor will it be a valid act, if in the sight of men it is held to be valid, because men must obey God, not God men.

But what if Pope Benedict XVI consecrates Russia at the same time in his private chapel?

That is not what is requested. The Bishops of the world in consecrating something in communion, must as men know who is the pope and consciously unite themselves to his act. Otherwise they are not formally intending to participate in the act of Pope Benedict XVI, but rather in the act of Bergoglio.

Those who would want the situation to be otherwise are simply trying to force their personal desires and judgements upon the Most Holy Trinity and make God an instrument of satisfaction of their own wills. And that is an august sacrilege. You go to hell for such presumption.

And you go to hell for saying it is a sin, to call that presumption.

UPDATE: Here is the official prayer of “entrustment and consecration”, which as you can see, does not meet any of the conditions:

JUST IN: #Vatican sends letter from #PopeFrancis & Act of Consecration of Russia & Ukraine to bishops. It reads: “Therefore, Mother of God & our Mother, to your Immaculate Heart we solemnly entrust & consecrate ourselves, the Church & all humanity, especially Russia and Ukraine.” pic.twitter.com/AMSasMiw4O