Russian Claims that Ukraine has lost: 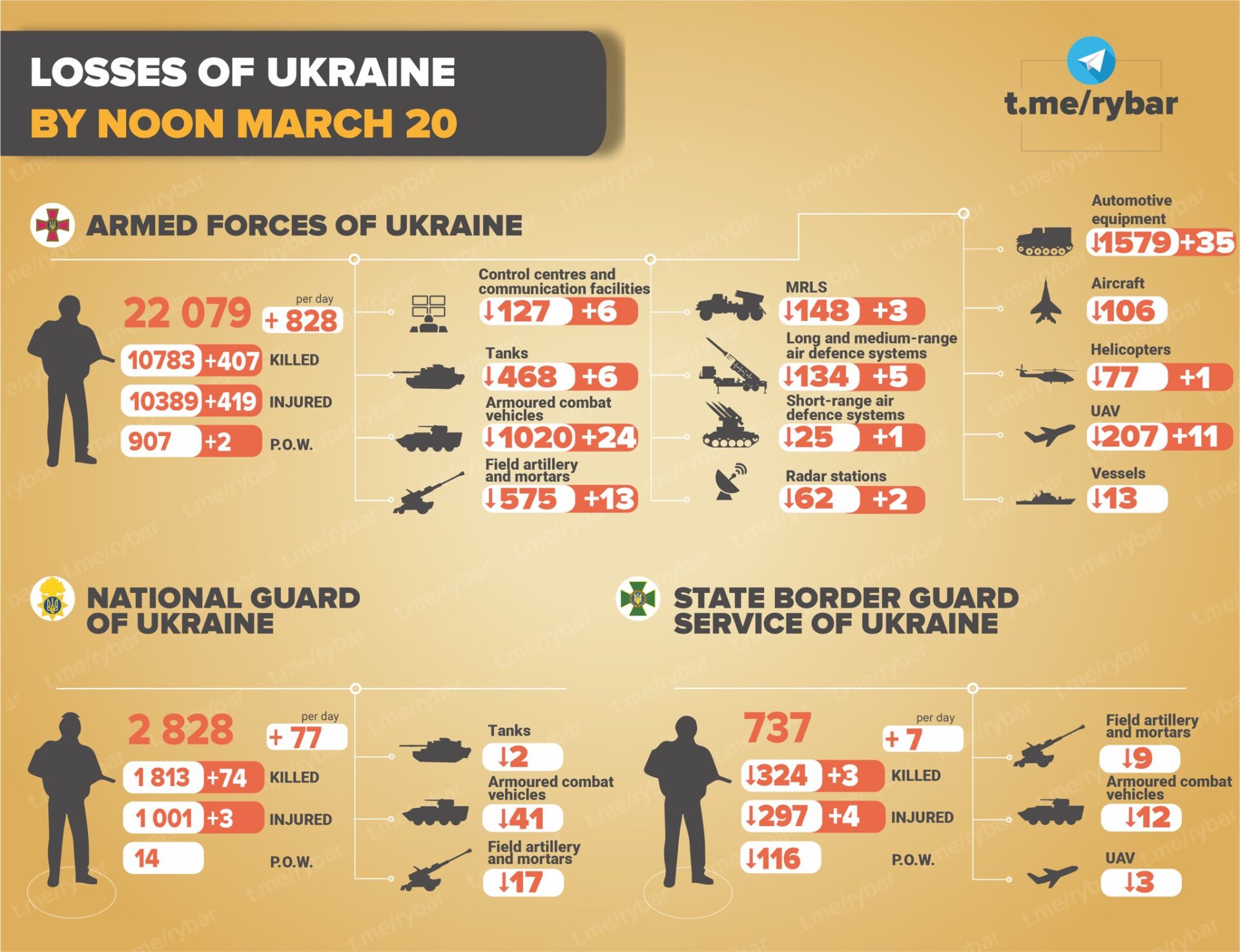 And Ukraine claims that Russia has lost: 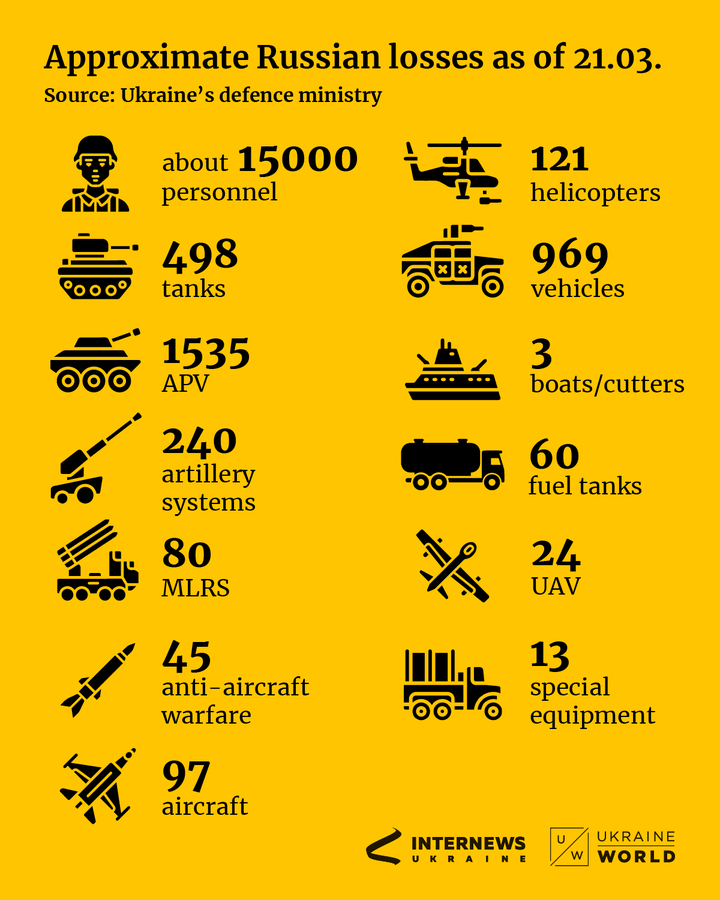 Editor’s Note: Regarding losses, one presumes each side is giving the correct information about the other, until one has data that shows that that is not the case.

In military terminology, “loses” does not mean in regard to personnel, killed only, rather, it means the total number of killed in action, injured (regardless of whether they survive or not) and missing in action (body cannot be found, captured, or deserted.

And as regards Ukraine’s claims about Russia’s losses, we have some data points from Russian sources which seems to confirm their accuracy:

This is just mind-blowing.
9,861 Russian KIAs and 16,153 WIAs in Ukraine - and this pro-Kremlin tabloid Komsomolskaya Pravda refers to the Russian Ministry of Defense.
The story was deleted almost immediately. pic.twitter.com/LueGUHi3ds