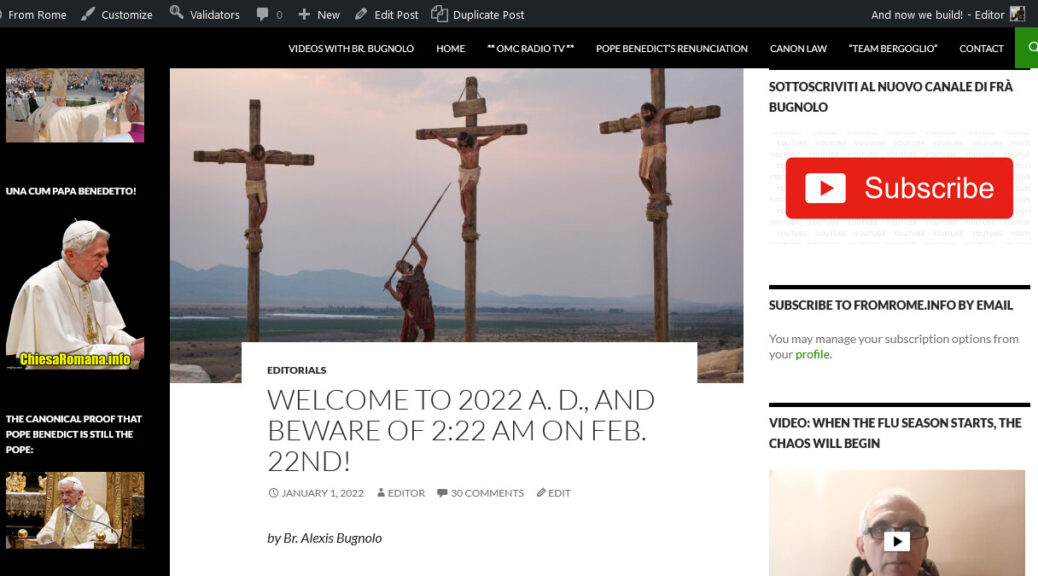 Who needs CIA intel when you have Zhirik? (Speaking on 27 Dec)

"At 4am on 22 Feb you'll feel [our new policy]. I'd like 2022 to be peaceful. But I love the truth, for 70 years I've said the truth. It won't be peaceful. It will be a year when Russia once again becomes great." pic.twitter.com/MUZtuZI1is

Here is my article of that day: 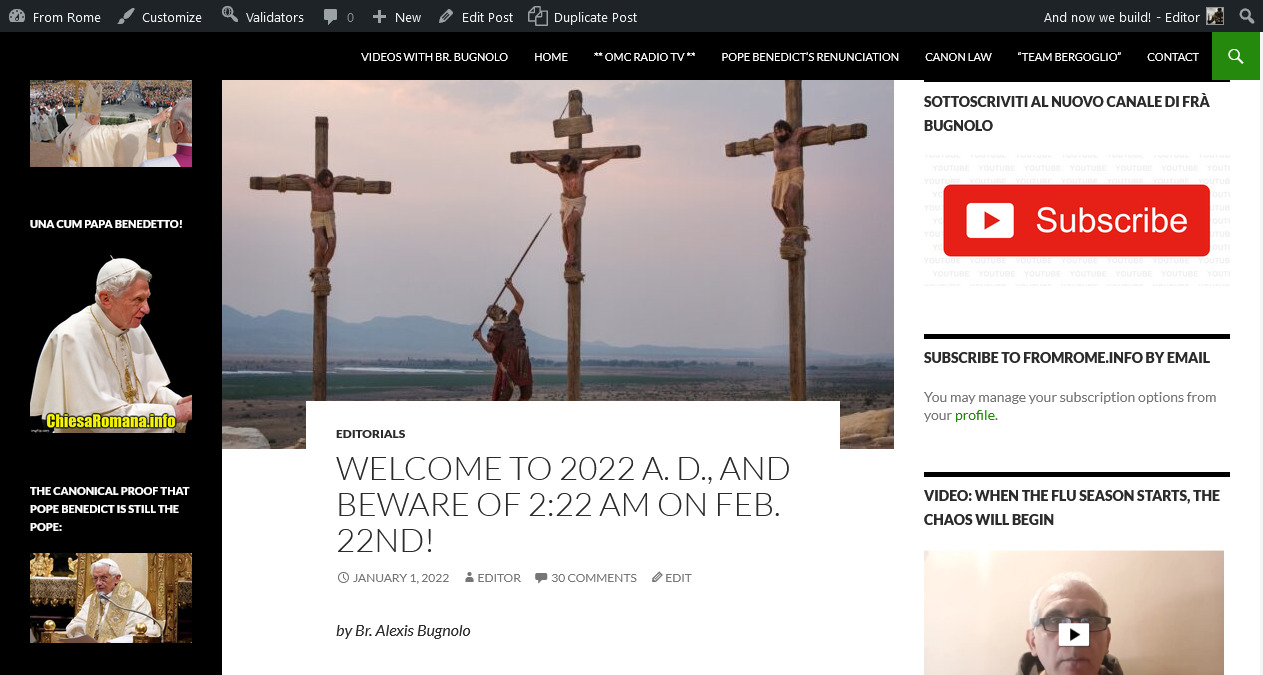 At 4 A.M. on Feb. 22, 2022, Vladimir Putin, put in power by the WEF, declared a special military operation against Ukraine.

Zhirik (Vladimir Zhirinovsky), seen in the video above, is leader of the Liberal Democratic Party of Russia, an ardent Russian nationalist who supports the idea of a return to Soviet Imperialism.

The consequence of this date being the decision of Putin to start the war appears to mean, that if you support Russia in the Russia-Ukrainian War, in any sense, then you are supporting an operation of World Freemasonry, planned to destroy Christianity. And that puts you on the wrong side of Salvation History.

I hate to say it, but I will say it again: I am vindicated in my support for Ukraine and Ukrainians.

I will remind everyone, to expect something on April 16, 2022, the 3333 day after Benedict XVI left the scene.