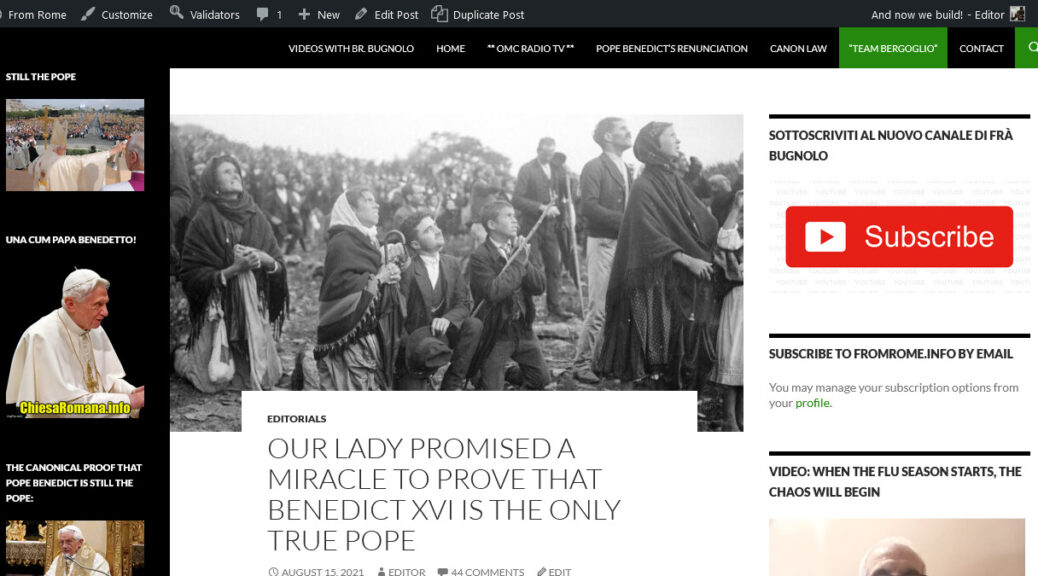 It has been 9 hours since Bergoglio did his consecration of Russia to the Immaculate Heart.

But there is no news of Icons dripping myrhh, celestial visions, mass conversions, or crowds of Russian outside of Catholic Churches in Russia seeking conversion.

Padre Pio, who no sane Catholic today doubts had extraordinary charismatic gifts, including prophecy, said that the conversion of Russia would happen in a twinkling of an eye, after the Consecration.

But it has not.

But all the conditions were fulfilled! will say all those deluded into thinking Bergoglio is Pope Francis.

But the chief and principle condition is that the true Pope do the consecration.

Therefore, Bergoglio cannot be the pope, because the other principle conditions were fulfilled.

In this we cannot forget, that the Consecration’s promised efficacy is to prove to the Catholic World, not only that God exists, that Jesus is the true Messiah, or that His Mother’s Heart is the model for all true religion, but also to show who is and who is not Christ’s real Vicar on earth.

The Conversion of Russia will be a sign that the entire Catholic Religion is true, every last part, not just that we should be devoted to the Immaculate Heart. And Why? Because in that Heart is all the Catholic Religion! It is the celestial Ark of the New Covenant.

And so the Conversion of Russia will be a sign of  that.

I wrote about this back in October: 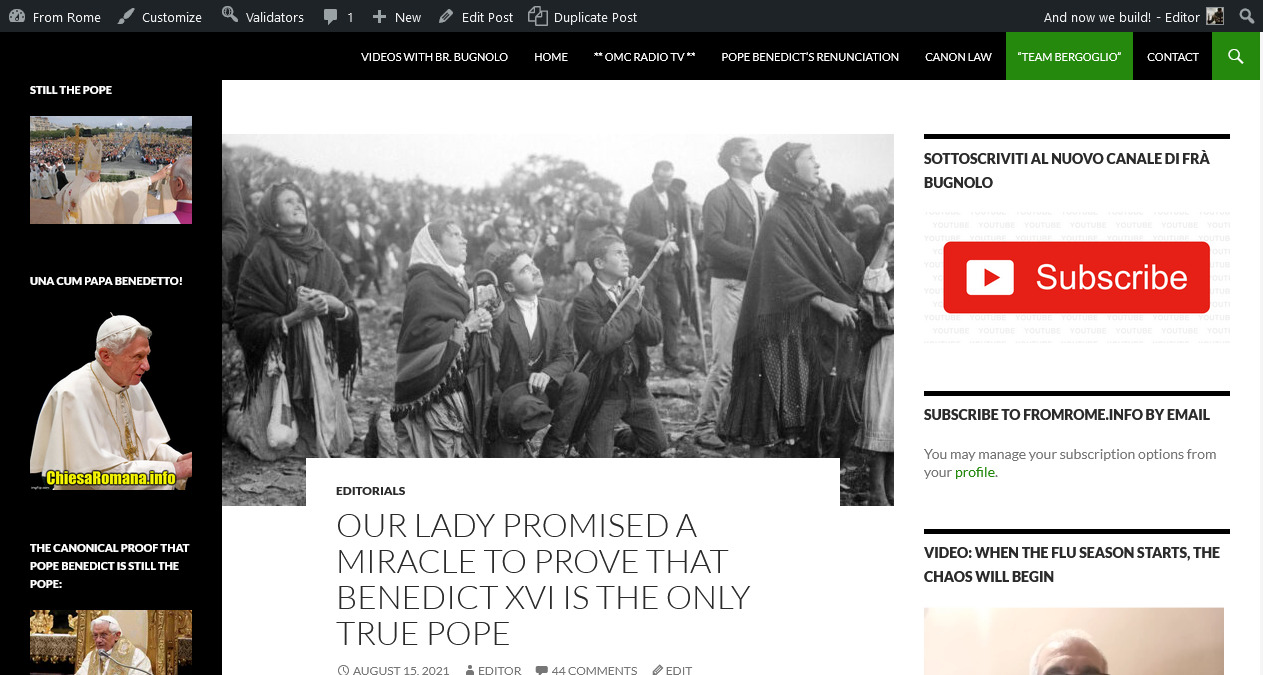 29 thoughts on “Ironically, Bergoglio just proved to the World that he is not the Pope”