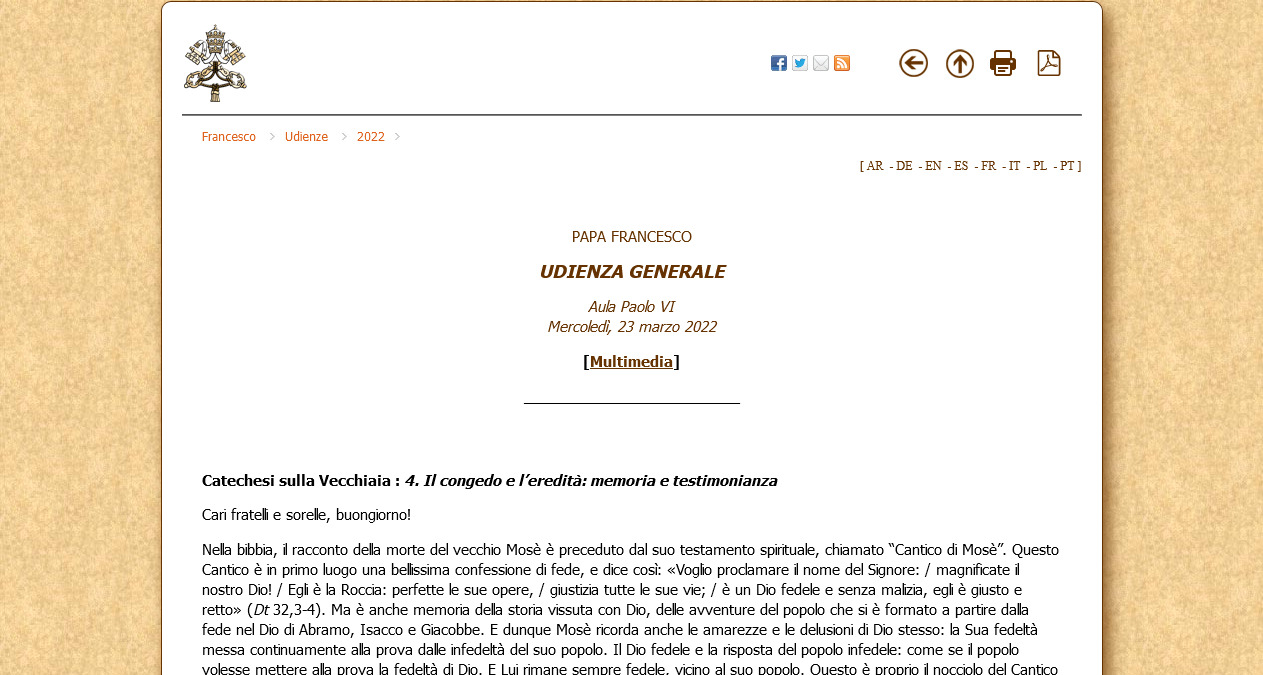 Editor’s Note: This image is of the Italian original, its link however is to the official English translation, both of which contain the historical error: Bergoglio saying that his grandfather fought ont he Piave River in 1914. That is factually false, since Italy did not enter WWI until May of 1915, after signing the London Pact, which guaranteed that Italy would obtain all the Italian speaking territories of the Austro-Hungarian Empire plus the Trentino. Bergoglio speaks of his grandfathers hatred of Austrians, which may be true, since Austria was the rival of the Piedmontese Kingdom of Italy. But for such a gross historical error to appear in a Vatican document means, not only that Bergoglio’s memory is failing, but that the Vatican is such a ideological gulag, that non dare say the King is losing his memory.

From a biographical point of view, it is said that Bergoglio’s grandfather was of the political left. So his claim that his father hated Austria and fought is remarkable, since the Italian Left were pacifists and opposed to Italy joining the war before Italy even joined the war. Mussolini in those years was of the Left and he wrote vigorously against the War.