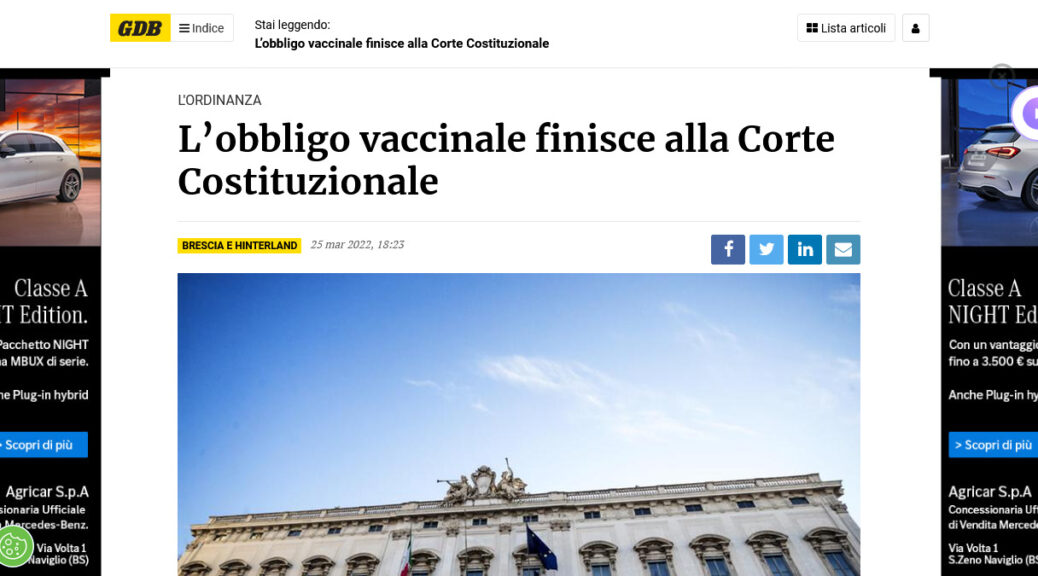 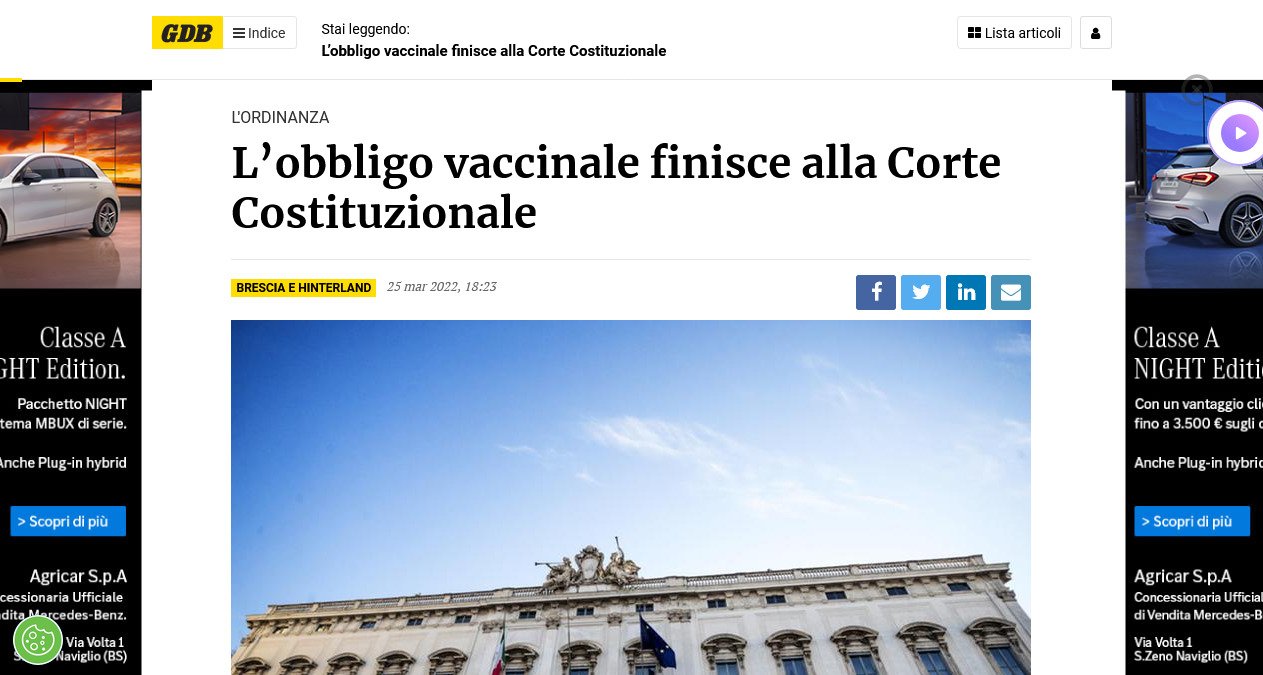 At last, an appeal to the Constitutional Court in Italy has been made. In the Italian system of laws, this will oblige that Court to definitively decide whether such an obligation is constitutionally permitted. God willing, it will end the tyranny in Italy.

Unlike in the United States, where any case brought in Federal Court can be appealed to the Supreme Court of the United States, for a constitutional decision, in Italy, citizens cannot make such a direct appeal. Rather, only during the course of a civil or criminal case, in which one party believes that the constitutional rights of its cause are in jeopardy, can one part ask the Court of that case, to make such an appeal to the Constitutional Court for clarification about the apparent conflict of law with constitution.

And such an appeal has been made and received by the Tribunal of Brescia, which on Friday formally remanded it to the Constitutional Court of Italy, the supreme court on all questions of interpretation of the Italian Constitution.

The case involves a lawsuit brought by teachers in public schools, who have loss their jobs, against the Ministry of Education, which obliged them to take the DeathVaxx or be fired.  They have represented to the Tribunal of Brescia that such an obligation violates their constitutional rights under articles 1, 2, and 4 of the Constitution of the Italian Republic which guarantee the right to work and the right not to be discriminated in employment. The plaintiffs hold that they have the right to make decisions about their health and cannot be discriminated against by the Ministry of Education.

It has taken more than 2 years for any appeal to be sent to the Constitutional Court about any substantive manner regarding the Scamdemic.  Seeing that many experts in jurisprudence have spoken against many aspects of the Scamdemic controls, it is hoped that the Constitutional Court will at last free Italy from the Pandemic tyranny.  However, this appeal may only mobilize Italian Freemasonry to take such steps as to guarantee that does not happen.  For as one Mason told me, “Here in Italy, the decisions of courts are not make in the Tribunals, but in the Lodges.”

To read the news of this in Italian, click the image above.

3 thoughts on “In Italy, the DeathVaxx Obligation is at last appealed to the Constitutional Court”