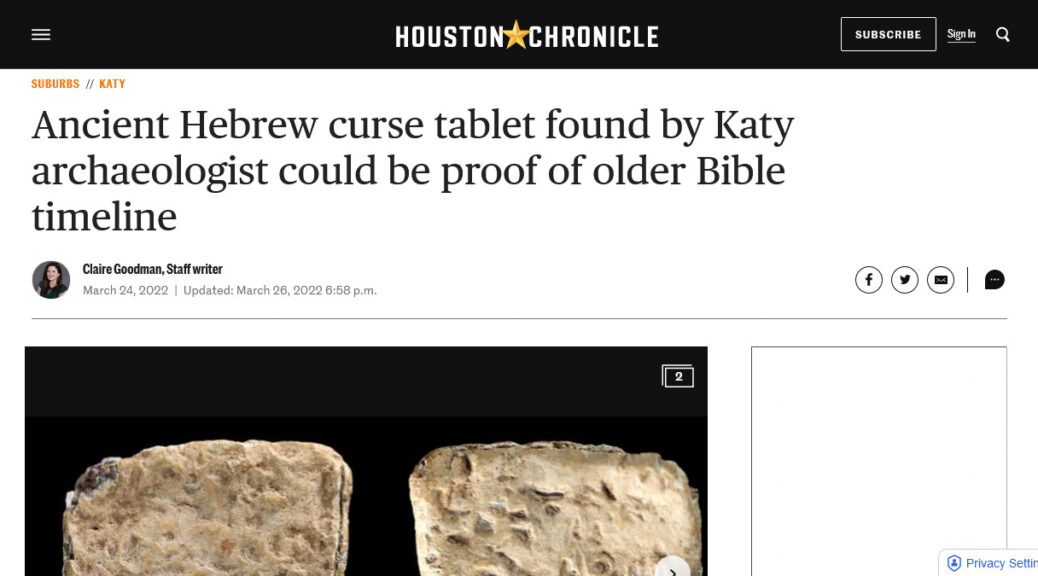 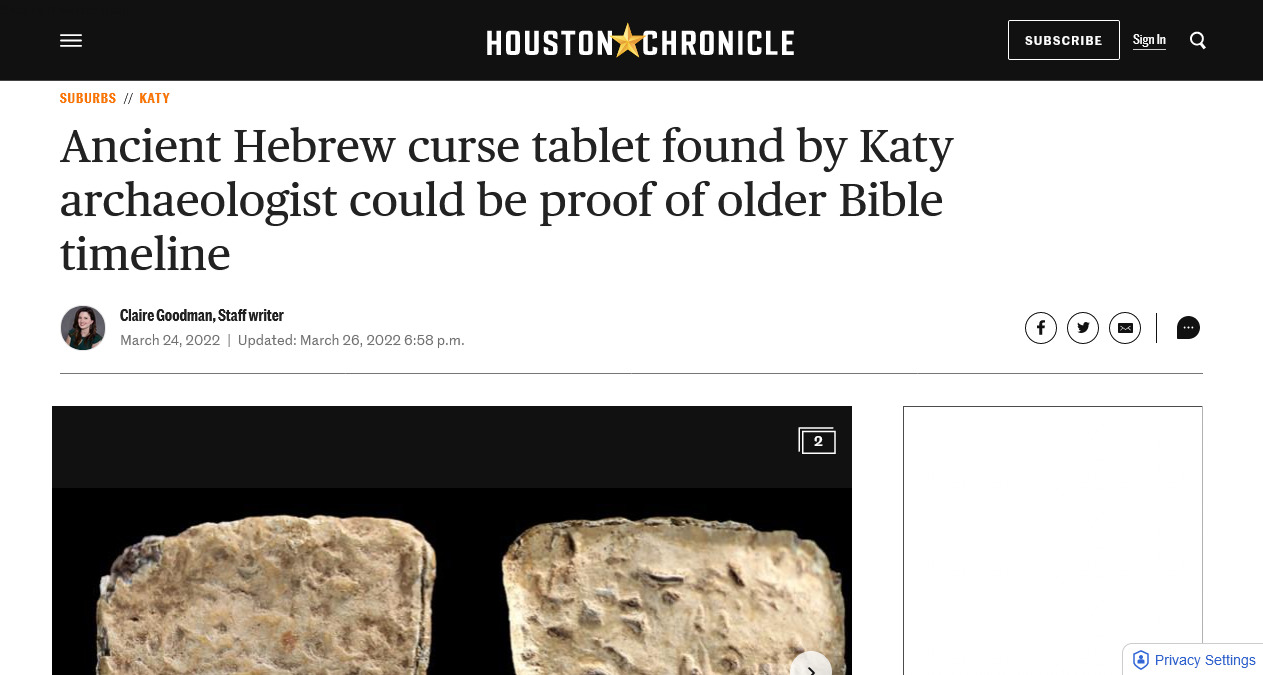 Catholic and Jewish scholars until the 1700’s were in agreement that the first 5 books of the Bible were written c. 1450 B. C..  (These books are known as the Pentateuch, and among the Jews, or in biblical terms, as the Law).

But in the 18th Century scholars who were Frankists began to attack that chronology and assert that these books were written hundreds of years later, putting in doubt the historicity of the texts of Genesis, Exodus, Numbers, Leviticus and Deuteronomy.

In my tract, “30 Principles for the Scientific Study of Scripture”, I demonstrated how this novel hypothesis was in fact incredible, that is, required us to hold as true more than 30 errors of forensic science.

I demonstrated at the end of my tract, that the real chronology, as contained in the Pentateuch itself was eminently credible and consistent with everything so far known about that epoch.

And on Thursday, the Houston Chronicle published news which confirms that traditional understanding. Click the image above to read it.

While the tablet of curses which was discovered does not contain a biblical text, it does contain the same style of Hebrew contained in the Pentaeuch, which is a very strong linguistic-cultural artifact demonstrating that the time in which the Pentateuch was written was in fact c.1500 B. C., and thus in total harmony with the chronology presented in books of Genesis and Exodus.

Noteworthy too, that in the period in which Moses wrote, wherein he never hesitated to write the name of the Living God, with the Tetragramaton, corresponds with this tablet, where they wrote that Name on clay, baked it, and ostensibly tossed it in the grave of a cursed individual.

This is another strong argument, why it is licit for us Christians, the adopted sons of God to name that Name in prayer or song, a position which I hold in contradistinction with that of Pope Benedict XVI, who instructed Catholics not to use the Name in songs.

The idea of never naming the Name comes from a practice which is arguably as old at the 3rd to 2nd centuries B. C., when the Old Testament was translated into Greek at Alexandria. All our Bibles today follow that practice. So when you read “the Lord”, or “God” in your English language Bible, you are actually being presented with a manufactured translation, because where you read, “the Lord”, your bible should read, “Yahweh”, and where you read “God”, your Bible should read, “Elohim”.  The first name means, “I AM”, and the second means, “The Heavenly Ones”.  That the second Name is in the plural is explained by the Fathers of the Church to be a manifest indication that the One True God is the Most Holy Trinity, one in being, but Three in Persons.

If you are interested in the tract I wrote, click this image to obtain a copy from The Franciscan Archive: 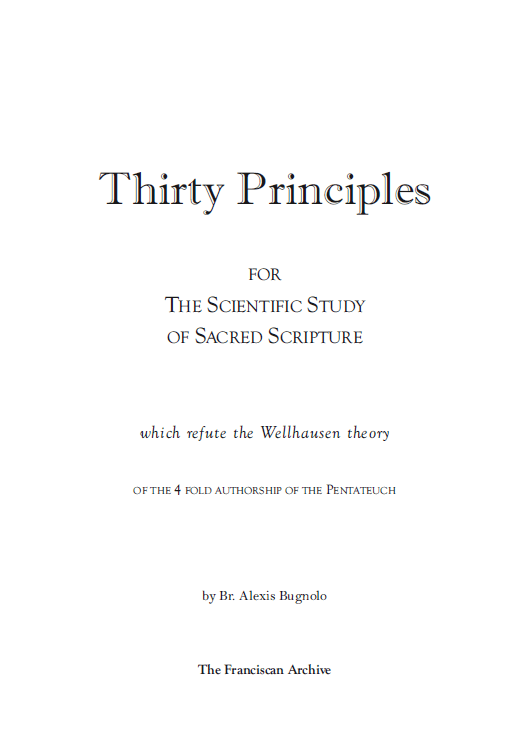