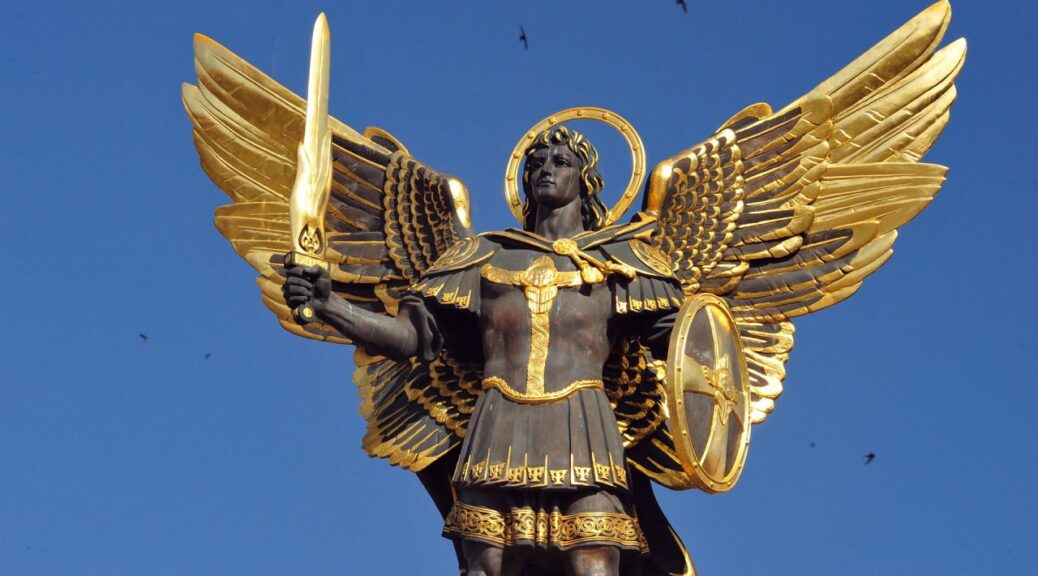 Saint Michael the Archangel is the holy protector of Kyiv. His golden statues tell this from the domes of many buildings in the city. (See featured image above).

Thus, when Putin godlessly attacked the Ukraine, and especially Kyiv, its capital, he directly offended this great Archangel.

In response, Saint Michael stirred the warrior spirit of the Ukrainian people and of all courageous men and woman of the world, who rushed to the defense of Kyiv.

And today, Saint Michael had his victory, for on this day there are no more Russian Federation forces in the country of Kyiv. They have all fled, being driven away by the fierce attacks of Ukrainians and after having confusion sown among them, their commanders, their supplies, their movements and even in their minds.

God is just. Saint Michael does protect his people!

And woe to all who have taken the side of the forces of darkness! For Saint Michael’s sword will not defend you, until you repent!

4/ Kyiv-Chernihiv Front. Russian forces along the Kyiv-Chernihiv Strategic Front have been defeated. The past 48 hrs. have seen an orderly Russian withdrawal from NW & west Kyiv toward Belarus. The siege of Chernihiv has ended. East Kyiv is also free of Russian troops. #Kyiv pic.twitter.com/t7vcgr2jGT

8 thoughts on “St. Michael the Archangel has driven the Russians from Kyiv!”