This maskless, smoking guy in Shanghai seemed to be on a mission for trouble amidst epidemic panic and he ended up going viral on Chinese social media today. pic.twitter.com/fSMCubhCOX

Note that in the West, the police are using the same tactics, to approach in a non threatening way, but end by using the most barbaric force.

Can't post full video here due to length but the guy - who claimed not to be aware of Shanghai lockdown 🙄 - ends up being taken away. He seemed determined not to be stopped but couldn't win this one. pic.twitter.com/m8McPhzYRI

Pay attention all you who drank the koolaid... https://t.co/0ZlatQNGkT 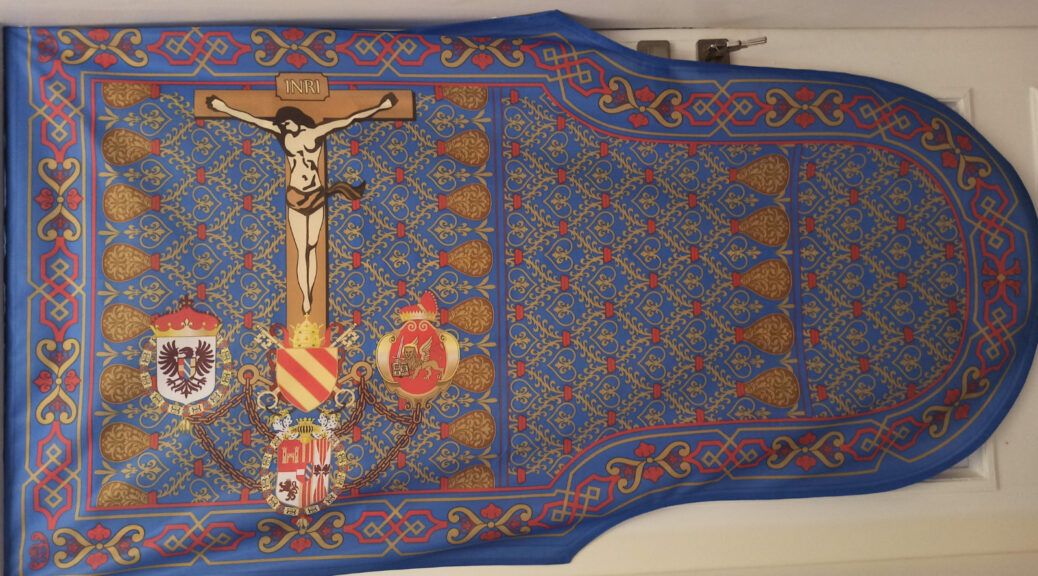 This #Easter we will be offering once against our famous #Lepanto Flag for sale at $125 USD. All proceeds will go to our Mission to help #Ukraine. This 1 ply nylon flag measures 36" by 60" approx, w eyelets to fly outdoors. Here is one hanging in our Commandery at Warsaw. pic.twitter.com/u5uQ0TD3fa

The Pahonia: The Christian Knight in battle is the ancient symbol of Belarus and its millenial struggle against the forces of godlessnesshttps://t.co/aPZa99lSjv pic.twitter.com/AU0cL70FSZ

Editor’s Note: The Pahonia is also a historical symbol used by Lithuania and Poland.

Ukrainian forces found dozens of Ukrainian civilians murdered in cold blood by Russian forces in Bucha northwest of Kyiv today. Some of them had their hands tied behind their backs. pic.twitter.com/xqemsrEbnp

One of the accused Pedophiles is now serving in Poland. Another is in Orlando, Florida. Another in France. Another in Africa.

The video is in English, but there is a version with subtitles in French, here.

The next batch of Pfizer vaccine documents from the FDA has been produced (11,043 pages), as well as an unredacted version of the post-marketing experience report, available at https://t.co/BzkKyrnK5U or https://t.co/vT3d5OMGlC