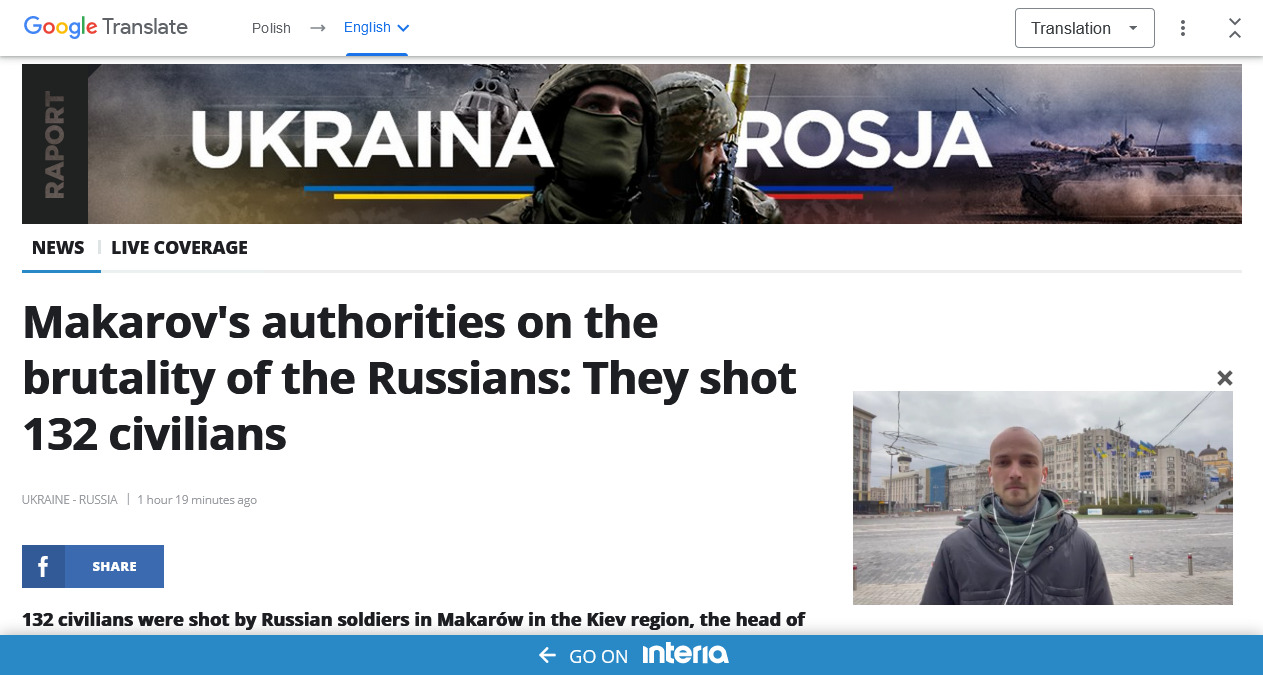 Editor’s Note: It is expected to find such horrors of genocide in all the territories occupied by Russian Forces, once they are liberated.

And in Cherinhiv, where a graphic artist in 2016, designed the Lepanto Flag, which Ordo Militaris Inc., has used so often for fundraising to help persecuted Christians. I pray to God that she got out with her mom and sister to safety, and was not involved in this horror:

Mass graves in #Chernihiv. 700 killed. Seems like each discovery is worse than the previous one pic.twitter.com/49qRj5VSX5

Videos taken by bystanders, moments after the attack:

Surveillance camera captured the moment of the explosion:

The occupiers hit the Kramatorsk railway station with a Point-U, where thousands of peaceful Ukrainians were waiting to be evacuated… About 30 people died, about 100 people were injured to varying degrees.
They themselves admitted it, here is proof from their groups#Kramatorsk pic.twitter.com/Of0NpgZNWd

As a result of the missile attack on the #Kramatorsk railway station, 27 people were killed, including two children - preliminary data. pic.twitter.com/bnSLaVkYFV

Thousands of civilians were waiting for evacuation at a railway station in Kramatorsk, Donetsk Oblast, at the moment of the attack.https://t.co/IIYbkxxK2e

Ukrainian soldiers rushing a young boy to doctors after today’s Russian missile strike against refugees at the Kramatorsk Railway Station.

52 people were killed, including at least 4 children. pic.twitter.com/0ruNXmf4sr

Russia had left 7,000 dead soldiers behind in six weeks of the war

This is the point why Russia is so eager to abandon dead soldiers in Ukraine. They have to pay compensation to families for dead soldiers.

So 7,000 corpses of dead Russian soldiers are waiting in Ukraine, unclaimed by Russia. This is Putin's army. A glorious Russian army? https://t.co/I8tppLvvmj

Editor’s Note: Holy Week begins tomorrow night. If you know of videos which show the celebrations in your part of the world, please share links to them in the comments below.

Did u see iJustine (The famous young blogger with millions of followers) just got a blood clot in her arm just next to her shoulder that travel to her lung? She may have to have bones removed from her body now. Let’s pray she lives. It appears she has the u know what. 😭😭💔🙏🙏 pic.twitter.com/ijS3HoEEFX

Update: we have posted the video of her getting the shots and praising it and making jokes she was getting 5Gee injected. We really hope that she’ll be OK and sorry to hear she has cl*ts in both lungs & looks like she’s going to have to have ribs carved out. So terrible.😭😭🙏💔

Yes but she has pushed the shot so hard and made fun of it like she was getting 5G injected. And a lot of people are saying that she’s vapid and still doesn’t connect the dots. OK maybe she’s not that smart but I feel sorry for her. Praying. pic.twitter.com/reD3wwjWPz

🇺🇦 authorities were afraid to publicize evacuation spots in the Donbas fearing 🇷🇺 air strikes. It sounded inhuman to bomb such places. Today railways near Barvinkove were bombed,stopping 3 trains from Sloviansk,Kramatorsk,Lyman. More warnings in my piece https://t.co/rOo5oG89vb

In related news, more testimonies of the tragedy which has afflicted Christian families in Ukraine, emerges:

Here is an Administration chart making it expressly clear that “gender-affirming care” for children means shutting down puberty with powerful chemicals, pumping them full of sterilizing opposite-sex hormones, and castrating them with drastic surgery: https://t.co/3z78ehEZP9 pic.twitter.com/Ehk8xWdNsH

Editor’s Note: Since minors cannot legally consent, these surgical interventions run counter to the Nuremberg Code and those who perpetrate and solicit them should be liable to capital punishment.

Editor’s Note: This is a topic totally unknown in the English speaking world, Freemasonry in Mexico has been assisted by the US Government for two centuries.