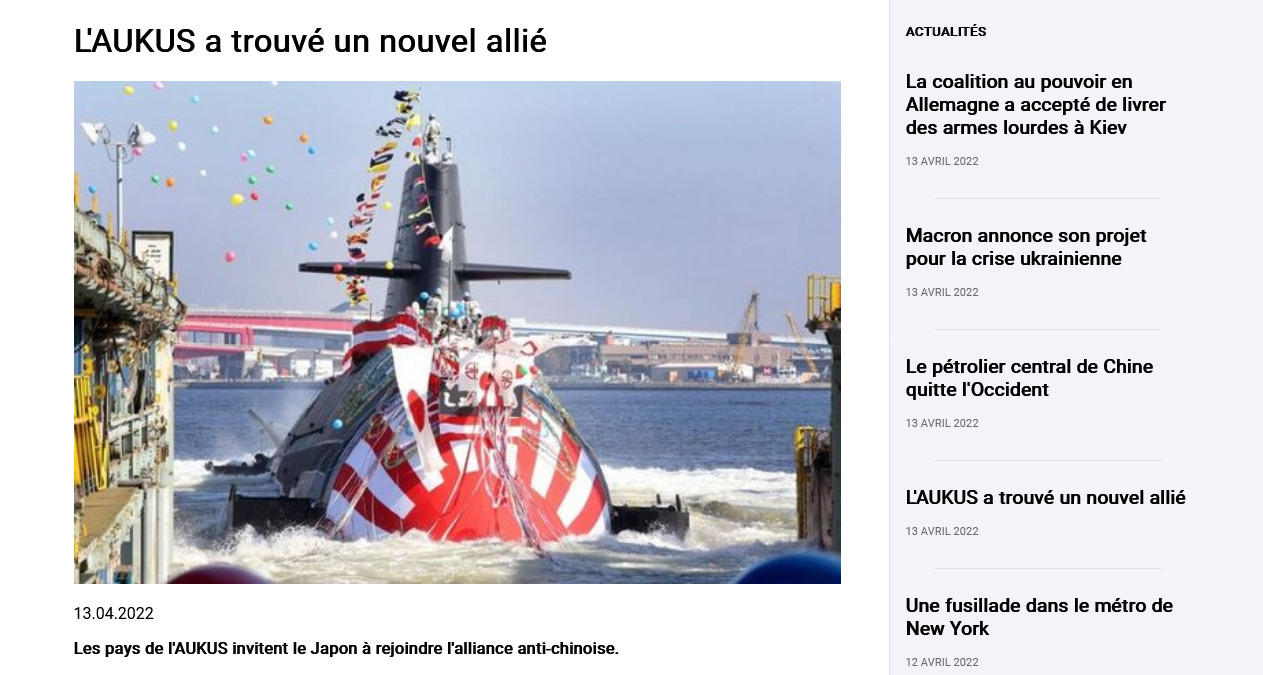 Editor’s Note: This article is in French, alone, alas. But I post it here to test the sincerity of pro-Russians, who accuse Russia’s enemies of being Fascists or Nazis, since this submarine carries the Rising Sun Emblem of Japan. I will bet that they won’t attack, because they know their reasons for pushing the anti-Nazi rhetoric are all make believe propaganda to excuse Russia’s war of aggression.

One thought on “Japan asks to join the anti-CCP Alliance of Australia, UK and USA”