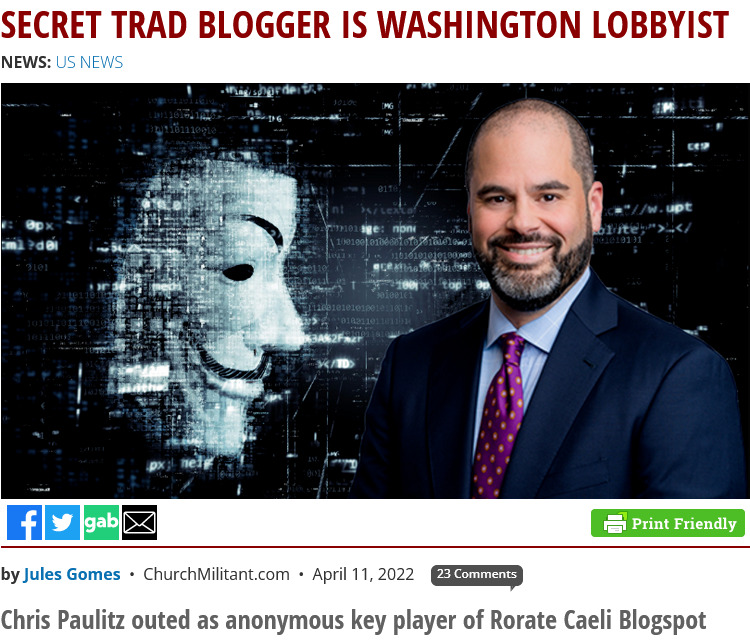 Editor’s Note: Rorate Caeli started as the site which praised Pope Benedict XVI to the skies. But as soon as March 28, 2013 hit, it began a new editorial policy of condemning the Holy Father for betraying the Church. Since that time, though it was the first to sound warnings about Bergoglio, it has become an ardent bastion of Bergoglio-is-certainly-the-Pope.  Well it turns out that this principal behind the site, whom I believe is New Catholic — since I have exchanged emails with the man before and know his characteristic way of reacting — formerly worked for a Congressman who was involved in pedophilia. I think the public needs to ask Rorate Caeli why they defend Bergoglio so staunchly, now that the identity of their principal has been exposed. — This report also confirms what my colleague AJ Baalman and I have discussed several times over at Ordo Militaris Ratio TV, namely, that in the English speaking world, the Catholic Media who insist the Renunciation not be investigated, all have ties with Washington, D. C., in some manner. And that should concern everyone that whose really behind this denial is the CIA and its handlers.