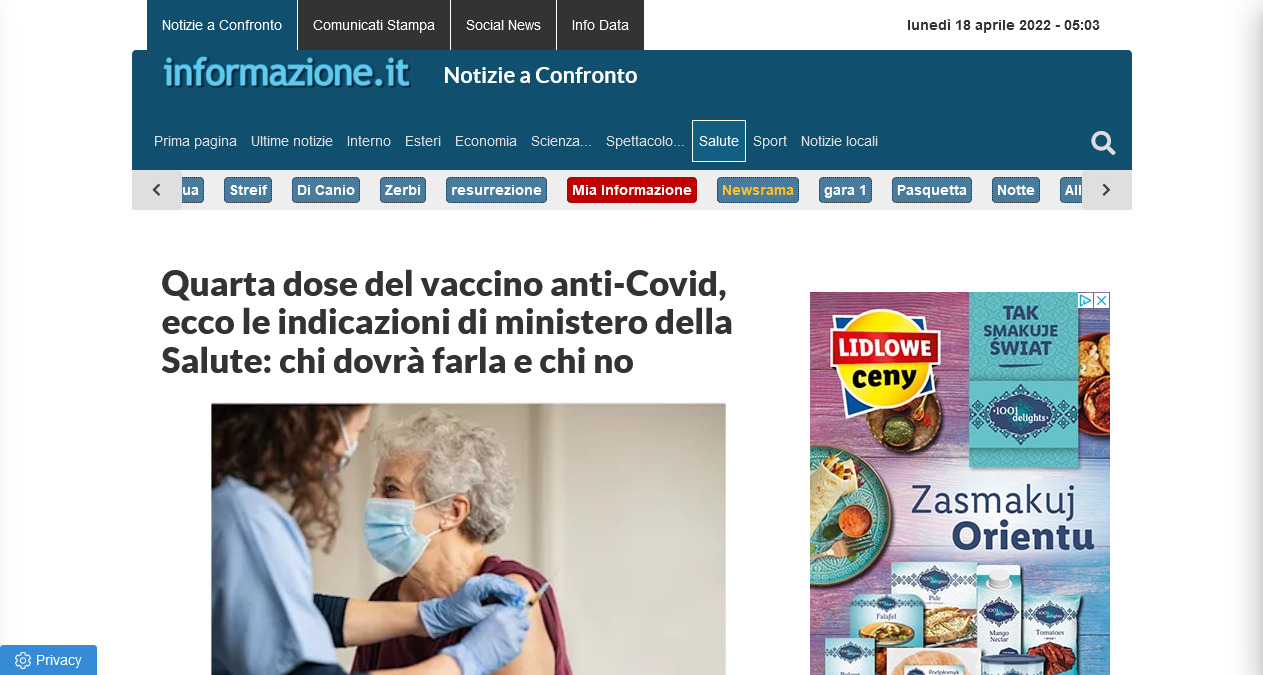 The goal of the Scamdemic is the slaughter of humanity as a sacrifice to invoke the advent of the Antichrist. This is the century long goal of Sabbatean Jews and their cohorts, the Frankists, who “converted” to the Catholic Faith to collaborate in this agenda.

And since the desire to make Rome his capital, it is absolutely necessary that they utterly destroy the Catholic Faith, and hence the Italian People.

To this end, the Rothschild Dictatorship of Mario Draghi has launched the appeal to have everyone over 50 years of age take the 4th dose. Evidently, Italians are not dying fast enough. And the Globalist Satanists are getting impatient.

Alas, the sheepl of Italy, who are forgetful of God are being converted unto hell, just as the Psalm prophesied of old. Since they believe nothing but what enters the last remnant of their cerebrum via the Matrix of State Television, there is no hope for these political zombies.

The failure of those in “opposition” to recognize true opposition from controlled opposition has led to paralysis in the anti-Vaxx movement, which is now entirely manipulated by MKUltra tactics to engage in endless useless protests.

I fear only a miracle can save Italy now. And that miracle will be the restoration of Pope Benedict XVI, for which we must pray with ever grater fervor and with public penitential processions.