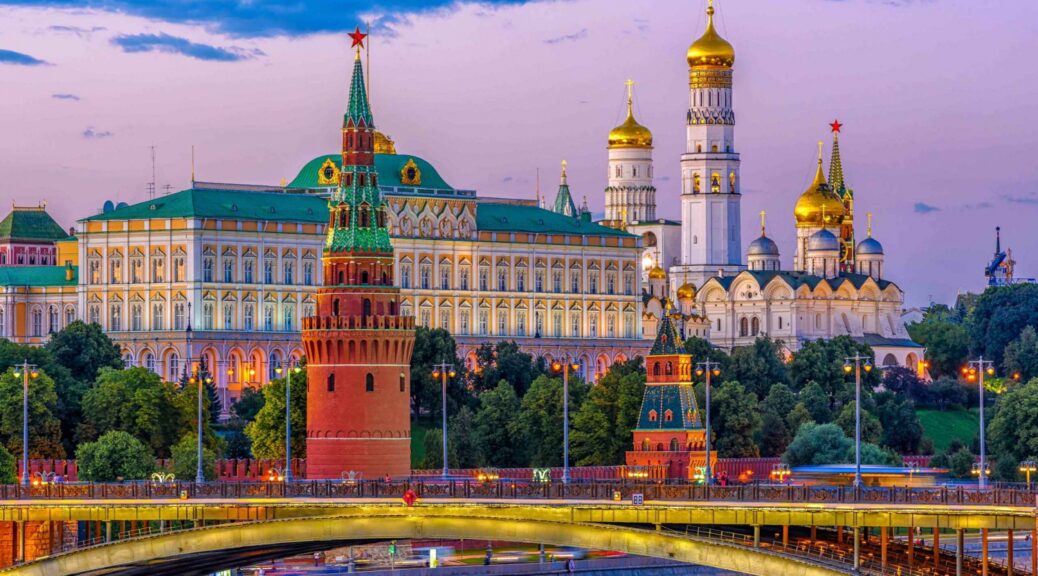 It appears that Putin has been pushed out of the supreme position of power in the Kremlin, in Moscow: a stunning video broadcast on Russian TV yesterday, appears to show.

The broadcast was made to explain why the Russian Federation Forces would forego any final assault on the Steel Works in Mariupol, the Azovstal, where the Azov Brigade and Ukrainian Marines were holding out after more than a month long siege of the city.

In the video, there are radical changes which Russia has not seen in the 20 year reign of power of Vladimir Putin: 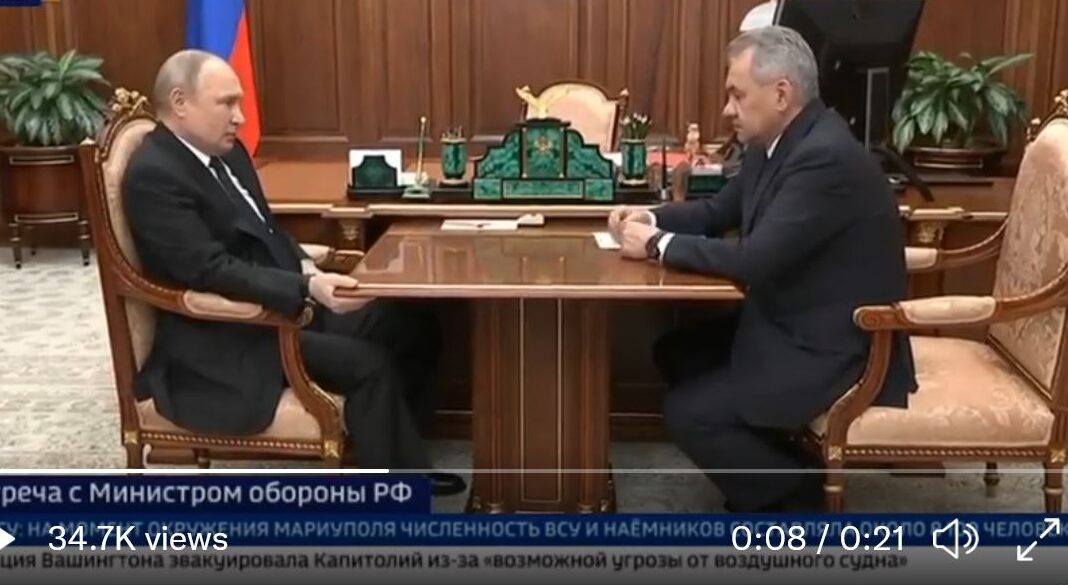 He is sitting in his office, but not at his desk, as if to show he is not longer in control.

Gone is the 50ft long table separating him from the nearest Military or Political commander, with whom he would normally speak, end of table to end of table. He is now seated at a tiny table in a familiar position with his commanding General Sergei Shoigu.

In addition, Shoigu is seen in a commanding assertive position, and Putin, slouched and depressed, “as a bag of potatoes” one Twitter commentator phrased it.

But most significant of all, the General is not dressed in military uniform. He is dressed in the suit of a political leader.

It appears therefore that there has been a radical change in the axis of power in the Kremlin. This was predicted by a Russian expert out of Sweden nearly a month ago.

The announcement, which says the loss of life of Russian soldiers is not expedient to take the Steel Works also begins a new cover story for the War.  It is the admission that there are higher objectives than victory. That economics trumps military or political goals.

If my assessment is correct. Putin will announce his retirement before mid-summer’s day, and General Shoigu will take his place. A peace deal will be made with Ukraine and Russia will seek the removal of all sanctions, even to the point of sacrificing Putin on the altar of expediency, in not too distant a future.

ADDENDUM: The power struggle for the Kremlin seems to be involved in the recent stunning suicides/murders of top executives of Gazprom, the Russian Gas Monopoly. First, on April 18, came the news that the former Vice-President Vladislav Avaev was found shot to death along with his wife and daughter, who died in the same manner. This occurred in their Moscow apartment.

Recently, as of January, the head of transport services for Gazprom was found dead. And on Feb. 25th morning, Alexander Tyulakov, Deputy Basic Director of the Unified Settlement Means was found hanged. This marked the beginning of the war.

There is also an unverified report of another top executive being found stabbed to death with his family in Spain, yesterday.

CREDITS: My Guide to Moscow has information for tourists wanting to plan a trip to the ancient and modern city. The photo in the Featured Image is found at their site, here. It features the Kremlin, seen in enhanced colors.