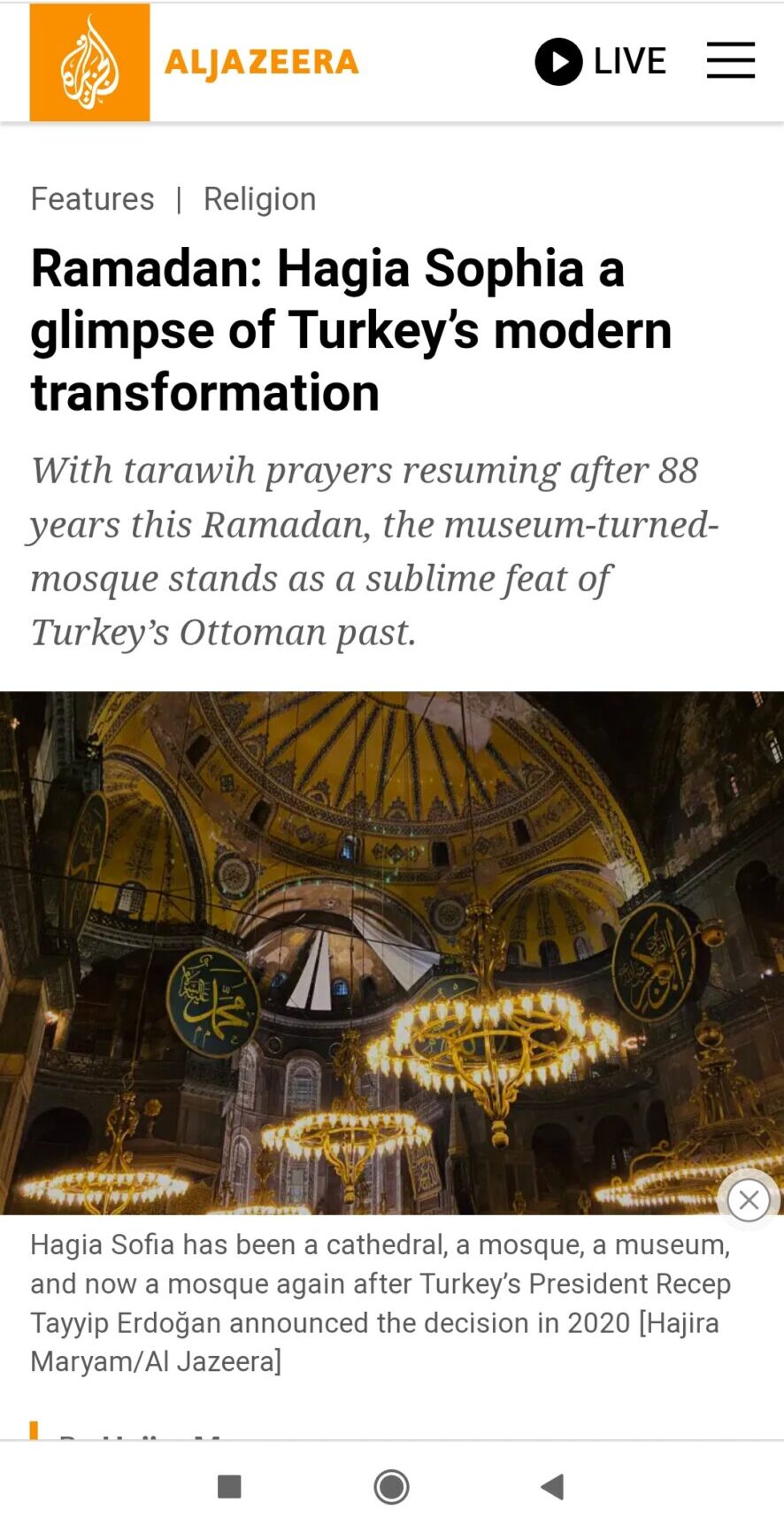 Editor’s Note: Built under the reign of the Catholic Emperor Justinian, the Hagia Sofia served as a Catholic Chruch for most if its history. A little know fact, that it was in the hands of the Greeks in schism from the true vicar of Christ, from 1054 to 1204, and then again in the 14th century til 1440’s when the Greek Emperor returned to communion with the Apostolic See. It fell to the Ottomans in 1453 A.D..

How much more evidence do we need to know for sure that Wikipedia has become a playground and tool for US and British Intelligence Propaganda and Censorship use
👇👇👇
Wikipedia deletes entry for Hunter Biden investment firm Rosemont Seneca Partnershttps://t.co/qxfvecLVTq