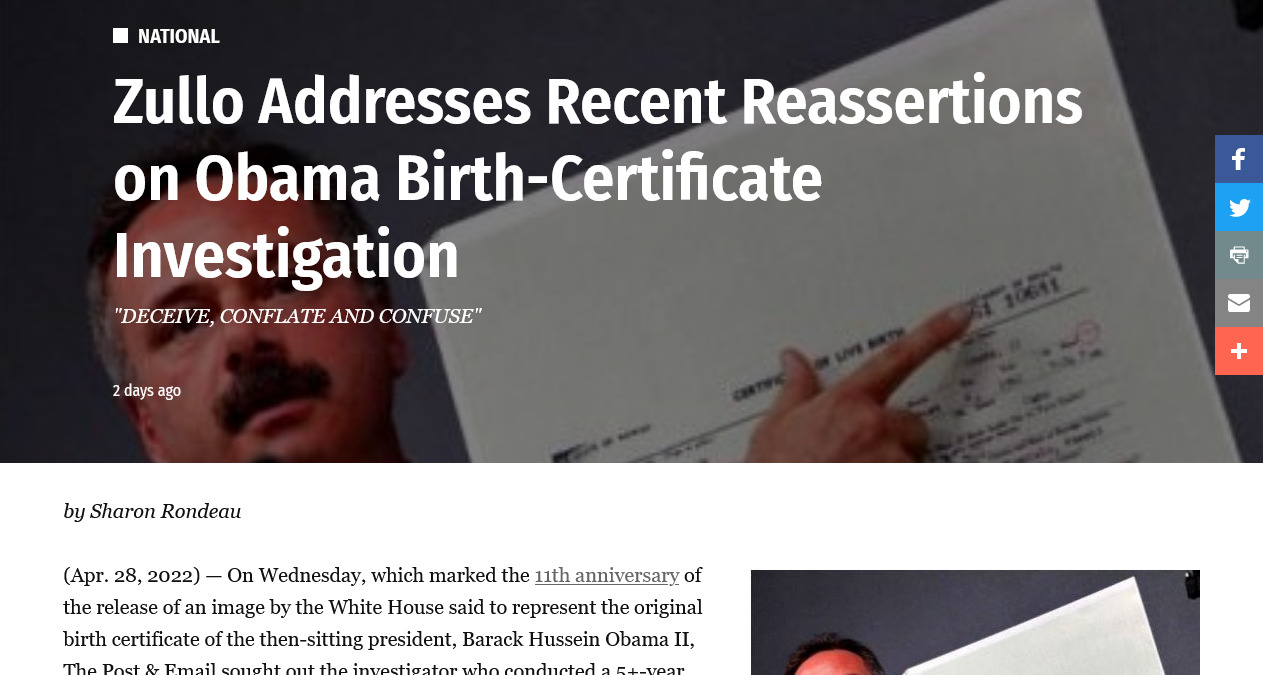 Editor’s Note: Of all the alleged “conspiracy theories”. the one which is most politically incorrect and the one against which any proponent will receive the most vitrolic push-back is the documented claim that Barrack Obama was not eligible to be President of the United States, because there is no evidence he was even a U. S. Citizen. In fact, it appears his entire identity was created by the CIA. — The above article, from the leading electronic journal which has extensively documented that controversy, recounts some recent misinformation put out to squash this Conspiracy of all Conspiracies. I believe that it it time to break the political taboos and direct even the readers of FromRome.Info over to The Post and Email to consider how much the MSM has played us and how much fakery comes out of the Masonic Controlled Deep State.