Here are three reports which confirm our previous report on the Coup d’etat: 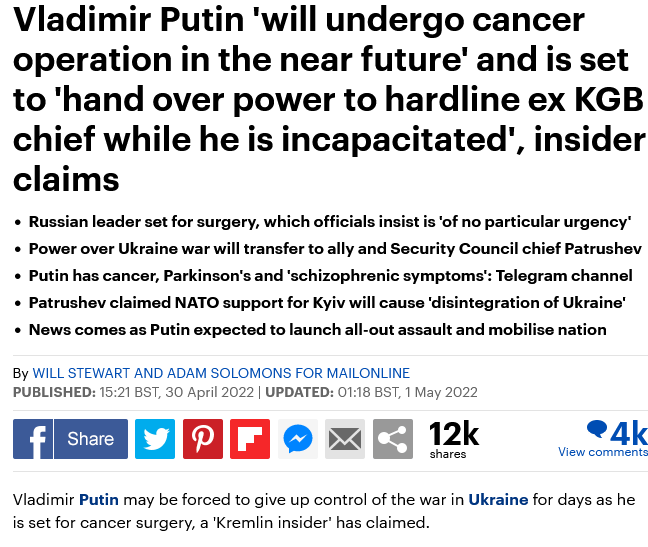 This article includes video of Putin’s uncontrollable right hand and details speculations about his health.

Putin now taking charge of the Ukraine war. Hitler did the same when the Nazis were being defeated in WW2. It's strange that psychos like Hitler and Putin take the same paths. Perhaps it is destiny.https://t.co/4f4nbjJKUX

And to put a fine point on speculations as to whom Russia will be ruled by:

#Nikolai_Patrushev is going to take charge of Russia soon. Due to Cancer & Parkinsonism treatment Mr.Putin will go for rest after May-9.

Nikolai is a ultra nationalist & believe in USSR theory. He is very pro Indian & very much anti West. pic.twitter.com/XzxvJUQq4H

One thought on “After silent coup d’etat, Putin is being sidelined from power”