This report is not parody, alas. It is fact. I am currently in Warsaw, Poland, and just logged on to Twitter. Here are the screen shots:

FIRST THE TRENDING IN POLAND: 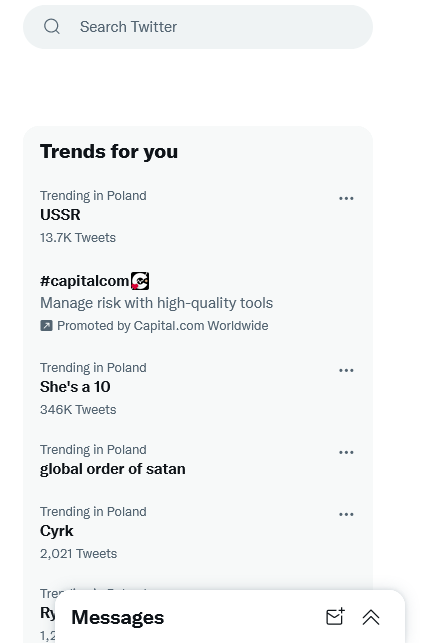 AND THEN, WHAT APPEARS WHEN YOU CLICK ON THE “GLOBAL ORDER OF SATAN” TRENDING LINK: 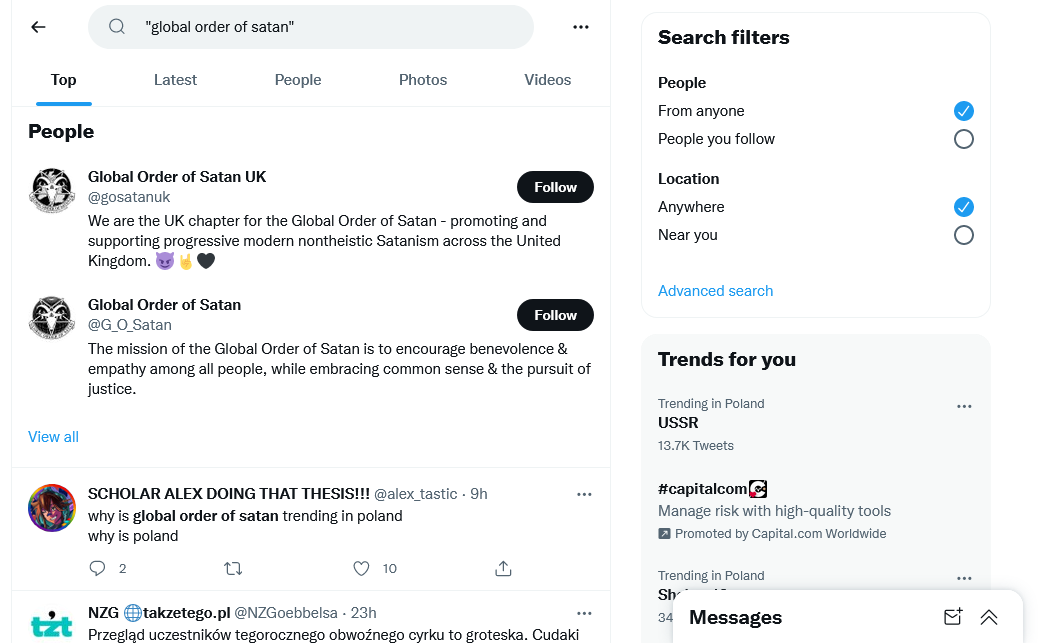 And then, click on the link to the profile: 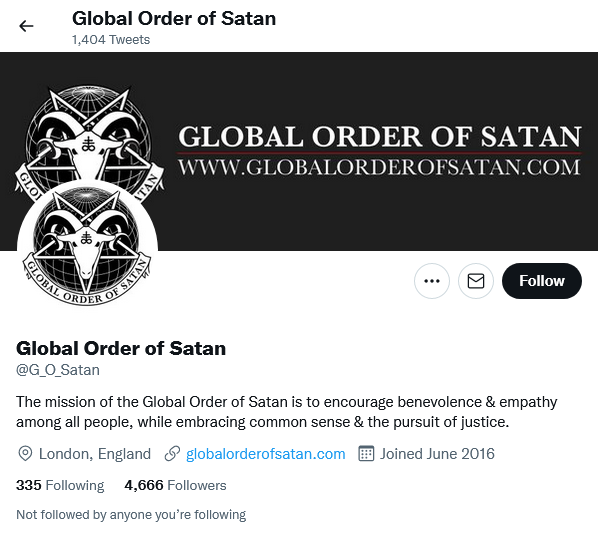 As far as Twitter users are concerned, to get anything in Trending means you either paid to put it there, or have lost of followers or twitter users talking about the phrase, which trends. But perhaps it is also some Twitter employee making Musk look bad. Seeing that his son is dumping his father’s surname and “changing” his* gender to a woman, to totally disassociate with him, I think we can wonder what the real reason may be. Even though, the number of followers on that account makes me think that that account is a paradoy created by a Twitter employee rebel to the Musk takeover.

* As Catholics we do not believe it is every possible to have a gender different that than which is genetic, but for public notice, it has been reported that Musk’s son does not believe in changing the pronouns used to identify himself.

3 thoughts on “As Elon Musk acquired Twitter, the Global Order of Satan gets featured in Trends”