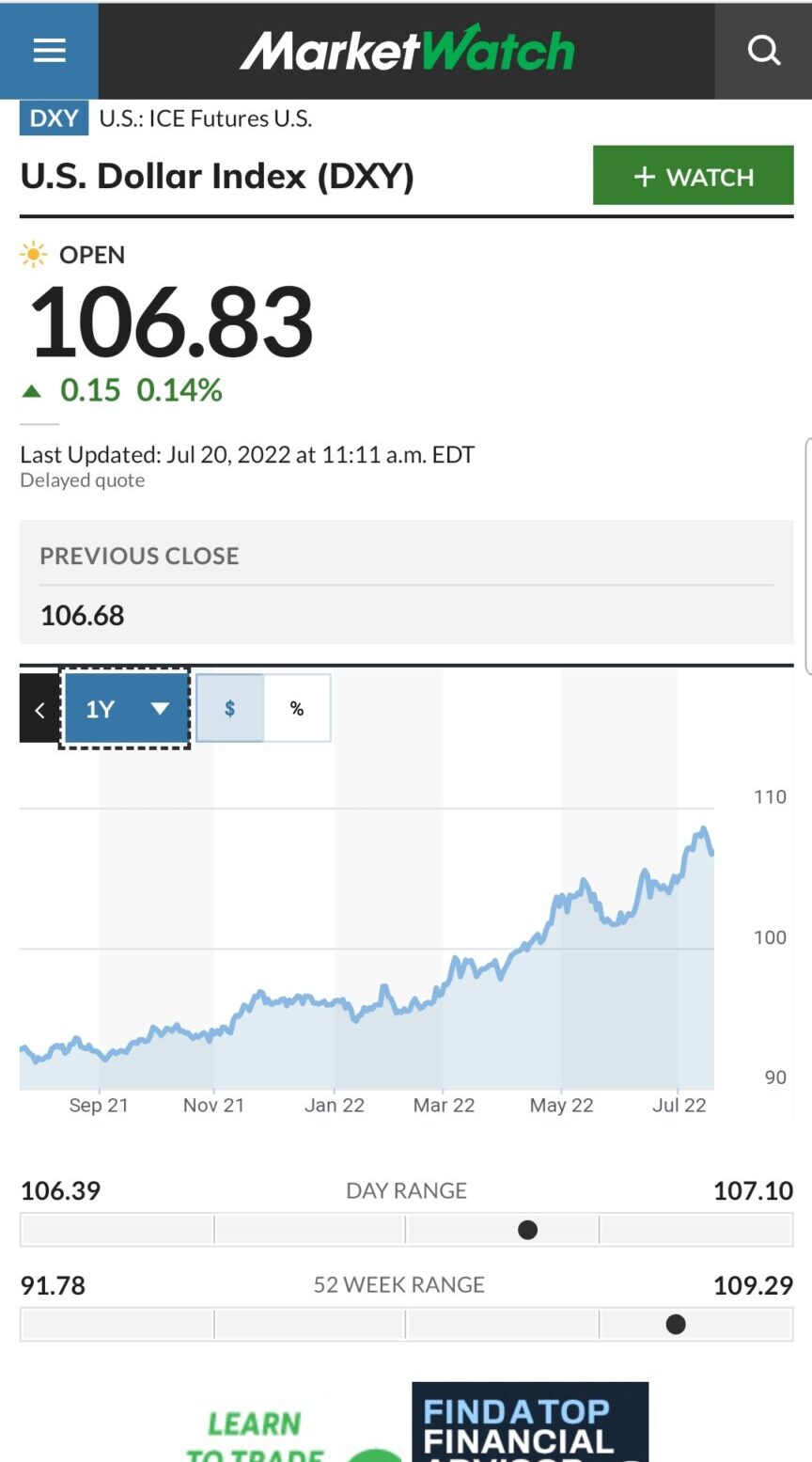 Editor’s Note: Political instability and economic risks in Europe have caused the US Dollar to surge continually in the last 12 months to historic highs against world currencies. And the war in Ukraine is only increasing that trend. As Russia moves to full mobilization by winter, the US Dollar is expected to surpass in value both the Euro and the British pound sterling for the first time in history. This means that exports from the US will fall because of their increased costs, while imports to the US will be cheaper than ever. A general war in Europe should also toll the death of the European Union and show at last that Europe is vulnerable, because she has forsaken Jesus Christ and presumed the help of the rest of the world.

One thought on “US Dollar surges in last 12 months”