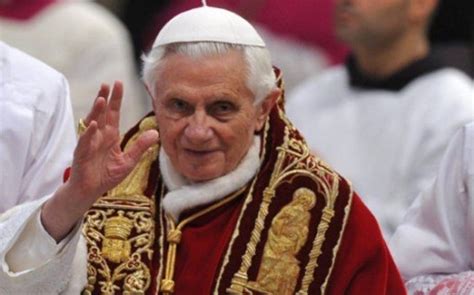 The sense of hopelessness arises in a mind which does not know the solution, or which lacks the courage to execute it. But whereas I cannot give you courage — you must ask the Lord of Hosts for that — I can remind you of the way to the solution.

St. Athanasius gave us the example, when the Church in his days was overrun by Arian heretics. They went so far as to get him expelled from his diocese of Alexandria, several times!

But did he retire, write a book and attend conferences to sell it? Like so many cancelled Bishops and priests and religious do?

He became an even more fierce warrior.

He traveled the Empire of Rome visiting dioceses which had no Catholic Bishop, because the Bishop they had had embraced the Arian heresy, or because the people and clergy had elected an Arian to lead them.

In these Dioceses, St. Athanasius publicly called the Faithful together, denounced Arianism, exhorted them to chose a Catholic as a Bishop, and when elected, consecrated him as their Bishop.

This shows the radical difference between St. Athanasius and Donatists, who separated themselves and remained separate and local forever.

It also shows what is radically not-Catholic in the behavior of so many self-styled Traditionalists, who, as in the case of the SSPX or sedevacantists, get their men validly consecrated as Bishops or ordained as priests, but stay apart and run their own private associations and club-chapels.

In every diocese of the Catholic Church, there are 3 present situations:

Either the diocese has no bishop, because he retired or died, and none yet has been appointed.

Or, the diocese has a Bishop appointed by Pope Benedict XVI, John Paul II, or if they are one of the 23 Eastern Rites, by the vote of the Metropolitan Council (approved by one or the other of these popes).

Or the diocese has a Bishop appointed by the Anti-Pope, Jorge Mario Bergoglio, who parades around the world as Pope Francis, though he has no more authority than a dried fig.

In all such dioceses, Catholics can do something to restore their local Church to communion with Pope Benedict XVI.

And they have the natural, divine and canonical right to act seeing that Pope Benedict XVI on Feb. 11, 2013 declared his see impeded, renounced the petrine ministry, and put the Church into a State of Emergency, as his own secretary confirmed at the Gregorian University in the spring of 2016.

In dioceses in which there is no bishop, Catholics can publicly gather and elect their own bishop. They have this right because the Apostolic See is impeded and because there is no other way to have a bishop, but to elect one by the local faithful resident in the Diocese, they may resort to this means as a self-defense (natural right), as an exercise of subsidiarity by divine right (when the higher power in the Mystical Body fails, the lower can exercise that power), and for the salvation of souls which is the highest law of the Church (canonical right), since the local Church cannot exist in good health and persevere without its own head, a Bishop.

In dioceses, where there is a bishop, appointed by the Anti-pope, then can publically call him out, explain why he has no right to the Bishopric and if he fails to return to communion with Pope Benedict XVI in 90 days, proceed to elect a Catholic man, who is celibate, to be their Bishop.

In dioceses, where there is a bishop, appointed by Pope Benedict XVI, they can publicly call him back to communion with the Pope, and if he fails to return to communion in 90, publicly declare him in schism from the Apostolic See, and proceed to the election of a catholic.

And there is no need to wait for the death or restoration of Pope Benedict XVI.

There is in particular, no need to wait the election of Pope Benedict’s successor or Bergoglio’s death or faux resignation.

So the duty and burden of responsibility is entirely on Catholics in every diocese.

As for getting the men elected consecrated as Catholic Bishops: any bishop can do this, whether retired, or not. There are Bishops publicly and privately in communion with Pope Benedict XVI. They can act, and they should act.  Also, because the Apostolic See is impeded, any Catholic bishop elect has the authority to reconcile to the Catholic Church any validly consecrated schismatic Bishop, and then have him consecrate him the Bishop of the diocese for which he has been elected. — This St. Alphonsus dei Liguori says is licit, in the case in which there is no Catholic Bishop(s) to do the consecration. And that a Bishop elect, not yet consecrated, has power of jurisdiction is an old principle established by the practice of the Apostolic See, both in regard to the election of laymen as Roman Pontiffs, and the appointment of non-Bishops to episcopal sees in remote lands.

So what are you waiting for?

Why have you not acted? Perhaps no one told you this.

And start organizing delegations to go to pro-Benedict Bishops to get these Catholic men consecrated.

If we mobilize, we can restore the hierarchy in less than 1 YEAR.