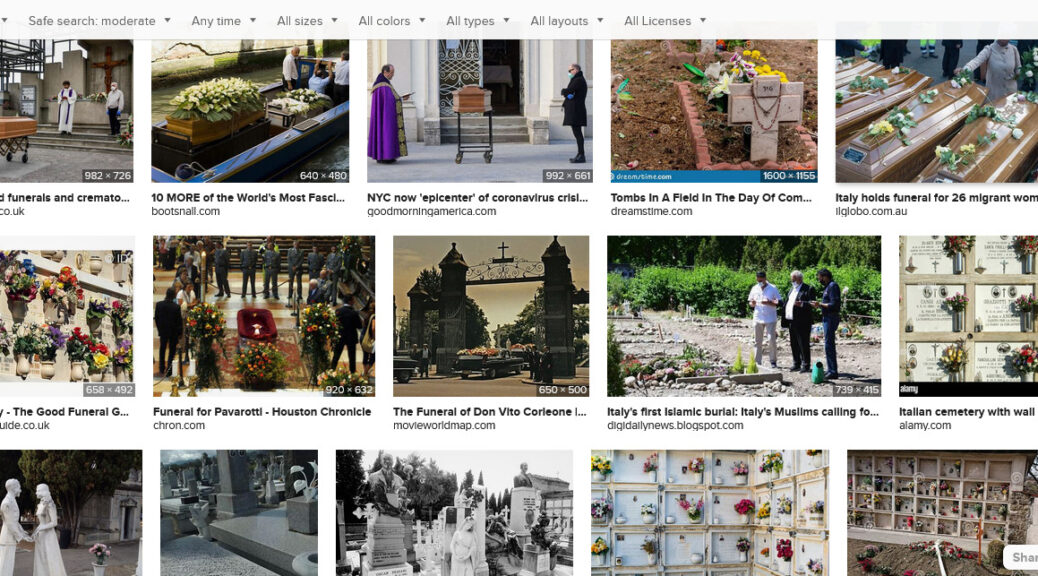 Death rates at the major cemetery at one of the leading cities of Italy have surged since the DeathVaxx campaign was begun, with mortality increased by as much as 35%.

This information is real statistical information, not gathered by the government, but by an inside source at the cemetery itself. For the safety of the informant, I cannot identity the city.

That might be explained away by a blip, a random occurrence.

That means that death rates are up 35% and 22% respectively.

And that is not all.

I had asked for this information from persons round the world, last year. I am glad that one informant heard me and began collecting data.

I urge everyone to go to their local mortician or public cemetery and gather similar information, because this is the only reliable facts of the massive DeathSunami which is now beginning to rise.

The MSM and governments, complicity totally in these deaths, certainly are not going to tell you!

2 thoughts on “EXCLUSIVE: Death Rates up 22-35% In Italy since DeathVaxx Campaign”