The other day, AJ Baalman and I discussed on Ordo Militaris Radio TV who Giorgia Meloni really was and is. And in that report we pointed out that she began her career as a member of Berglusconi’s political party.

Shock broke out soon after the declared victory of the Fratelli d’Italia, when Meloni named Licia Renzulli as Ministery of Health: the woman who said, “Those who refuse the Covid Vaccine are parasites”!

Well, it turns out that Renzulli was guilty of psychological projection, because this is what she really is: 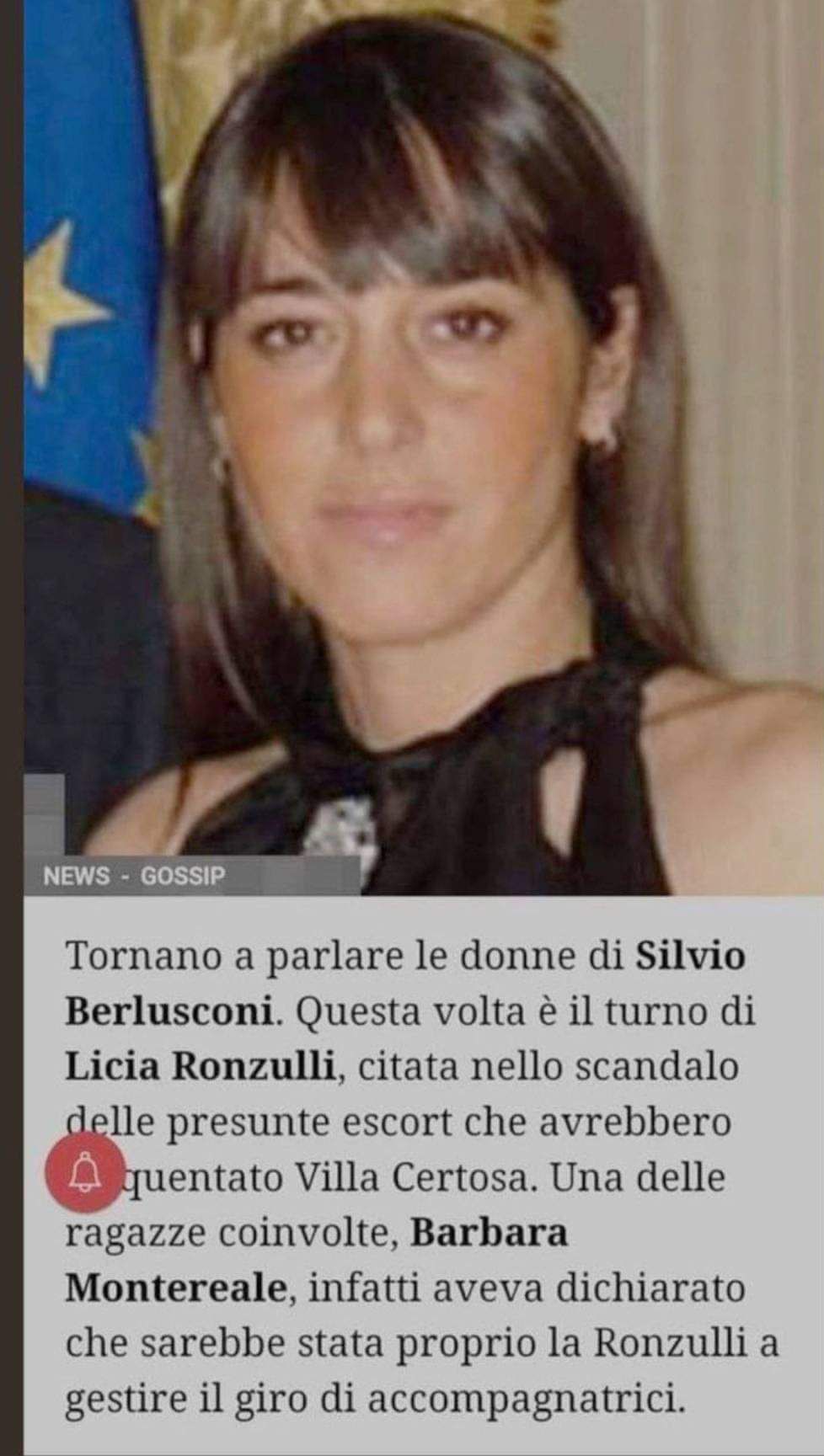 Her previous job, was to organize the female escorts for Berlusconi’s lewd parties.