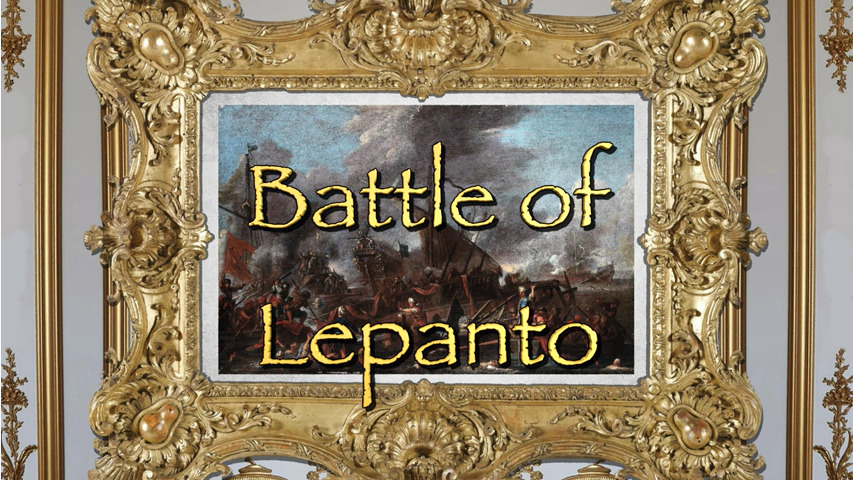 Editor’s Note: This is a musical composition published for the first time last night, by a Catholic family of singers who produced it on commission.

In addition to the Standard of the Holy League, seen here:

The Spanish Fleet bore a replica of the Image of Our Lady of Guadalupe into this Battle. Which is why Guadalupe is mentioned in this song.

One historical note: Someone got it seriously wrong in thinking that Saint Michael on his Mount in the English Channel would be directing the battle of Lepanto, when his shrine on Monte Gargano, just across the Adriatic, is his principle shrine in all the world!