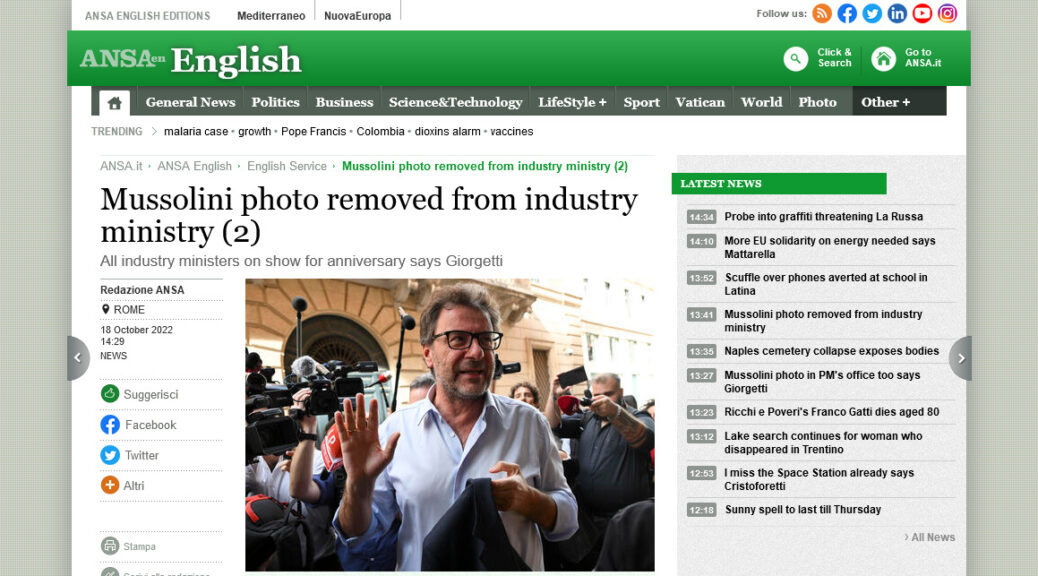 In Italy, with the new “right-wing” government of Giorgia Melloni, the political theatre which the United States of America knows so well, has opened in an Italian version.

The first scene featured death threats to the new speaker of the Senate, La Russa, who has a long political relationship with Silvio Berlusconi, and who quipped, during the Scamdemic, that instead of the unhygenic handshake the fascist salute should be reintroduced.

Banners put his name upside down, in a reference to how Mussolini’s corpse was hung at Milan in 1945. In the criminal district of the Garbatella, where the CIA has many operatives, the banner read, “La Russa is scum, and we hope he dies!”

Elsewhere, the Left is making much to do that in certain offices of the National Government there are still photographs of Mussolini, which ever leftist government has left in place.

But now their presence is a sign of the “Fascism” of the new government of Melloni.

Fortunately, for me, who has seen this show for 10 years in the USA, I realize that both groups of actors work for the same company.