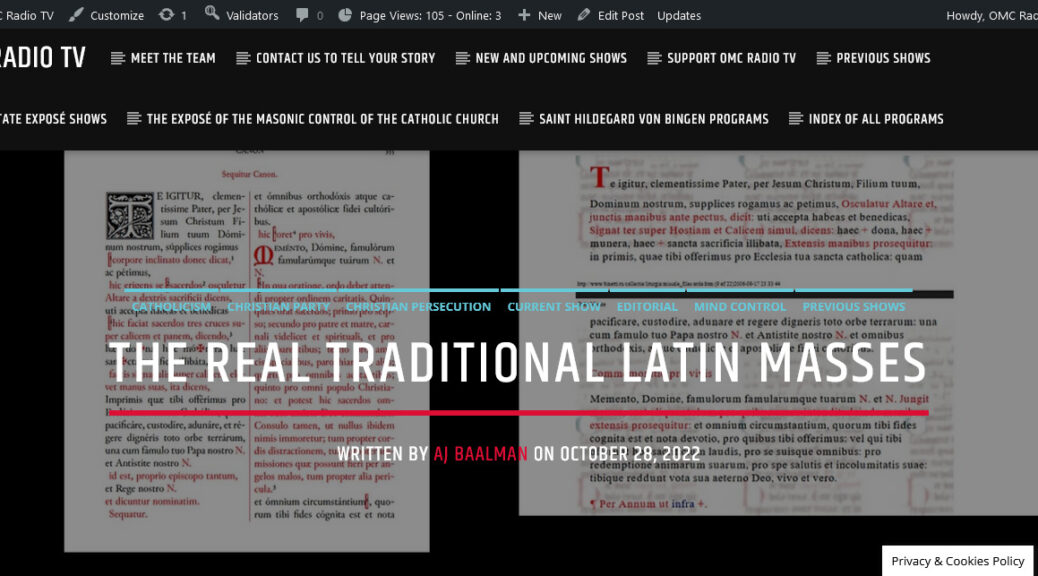 In this show, AJ and Br. Bugnolo discuss the history of the Mass in the Roman Rite, and explain why the Traditional Latin Mass you are attended is probably not traditional, and is certainly not THE traditional latin mass.