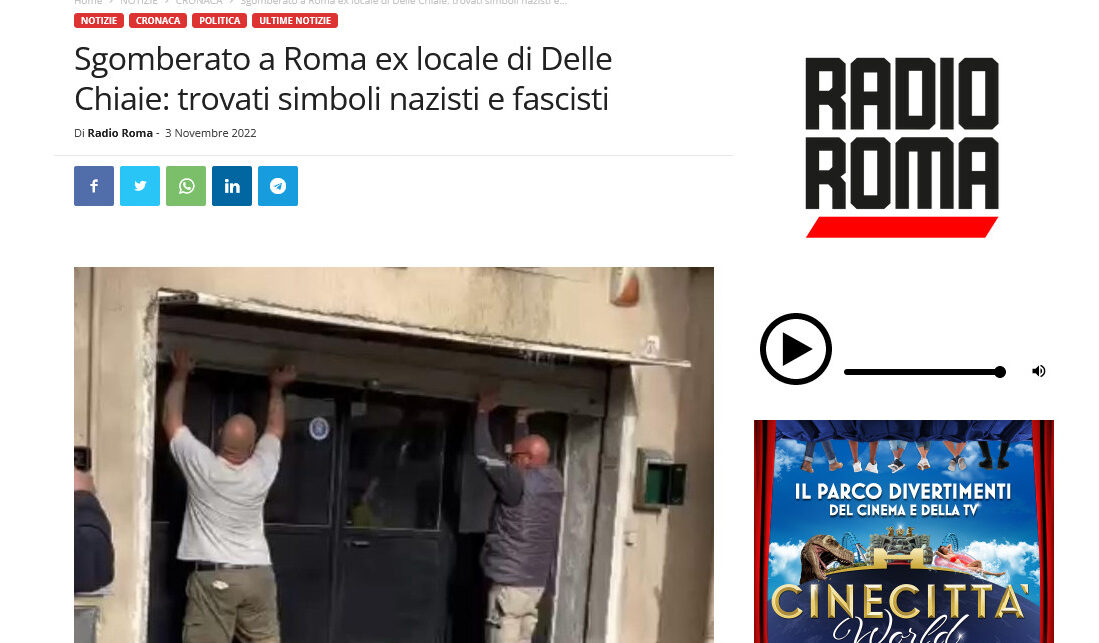 Nov. 2, 2022 A. D. – ROME — Local Police from the neighborhood of Torre Spaccata have uncovered a large quantity of Nazi propaganda and promotional materials after forcing their way into a storage facility several hundred square meters in size, in a neighborhood of Rome notorious for its criminal activity.

The facility is part of the property of the Campidoglio, that is, of the City of Rome’s City Government. The property was in use by a Cultural Circle alleged to be close to Stefano delle Chiaie, founder of the Avanguardia Nazionale (National Forward Guard), a right-wing political movement (for more see here), which broke from the National Socialist Movement in the 1960’s. That a storage facility of this kind has been left untouched so long, shows the strong political backing this group has had ever since.

In fact, it is a known modus operandi of the NATO sponsored Gladio Network, to sponsor right-wing groups which threaten or engage in violence. And some of these are known to have operated at Rome.

The uncovery of this huge stash yesterday, however, may be only a move to distance the City government from any association with the past, regardless of whether any real separation has been undertaken. In fact, the current Mayor of Rome, Robeto Gualtieri, is a member of the PD (Democrat Party), which is now in opposition to the current government alliance headed by Giorgia Meloni, whose own political past has associations with right-wing parties.