A good friend just brought to my attention, that this image is being distributed on social media: 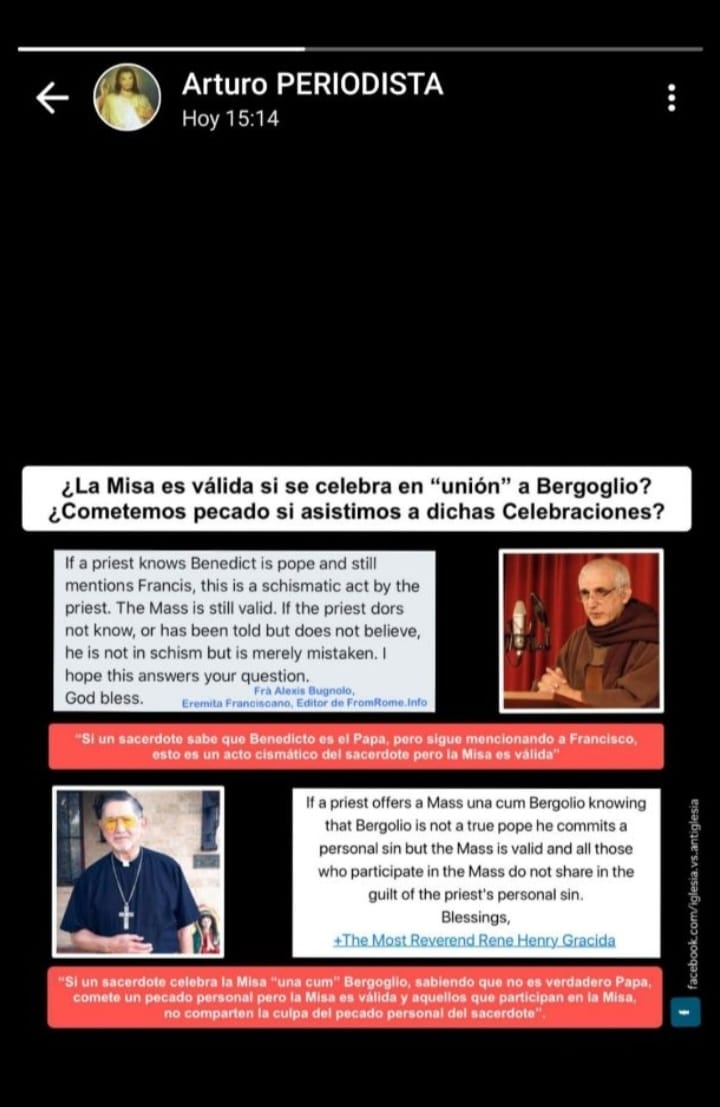 IS THE MASS VALID IF IT IS CELEBRATED IN ‘UNION’ WITH BERGOGLIO?

DO WE COMMIT MORTAL SIN ATTENDING SUCH MASSES?

As regards the quote attributed to me, I have no knowledge I have ever written such words, so I cannot say if they selectively quote something I wrote in an article, comment or private email. But what I have said is clearly expounded here, in the article in which I REFUTED AUTURO PERIODISTA for his position. Thus to distribute such a meme is in my opinion dishonest:

But since so many Catholics, of good will, do not understand this obligation [to never attend a mass in communion with an antipope, schismatic or heretic], it can be that some attend such masses without mortal sin. Though many Catholics who are lax are already in mortal sin since they do not live according to the moral law, do not remain faithful to the teachings of Christ, or violate the laws of the Church on marriage.

From my discussion in said article, it is clear that I am speaking about the imputability of mortal sin for someone involved in a public act which is objectively gravely immoral. To understand this better, consider the objective act of visiting a house of prostitution. The act is objectively immoral. However, there are moral dispositions which could exculpate a person for being present: such as, a police officer who is obliged to interview a witness to a crime and who works there, or a worker of the Gas Dept. who must check on a reported gas-leak., or a totally naive person, who thinks that is some sort of massage parlor.

So I ask all my readers, that if anywhere they see such a quote attributed to me, to cite this article.