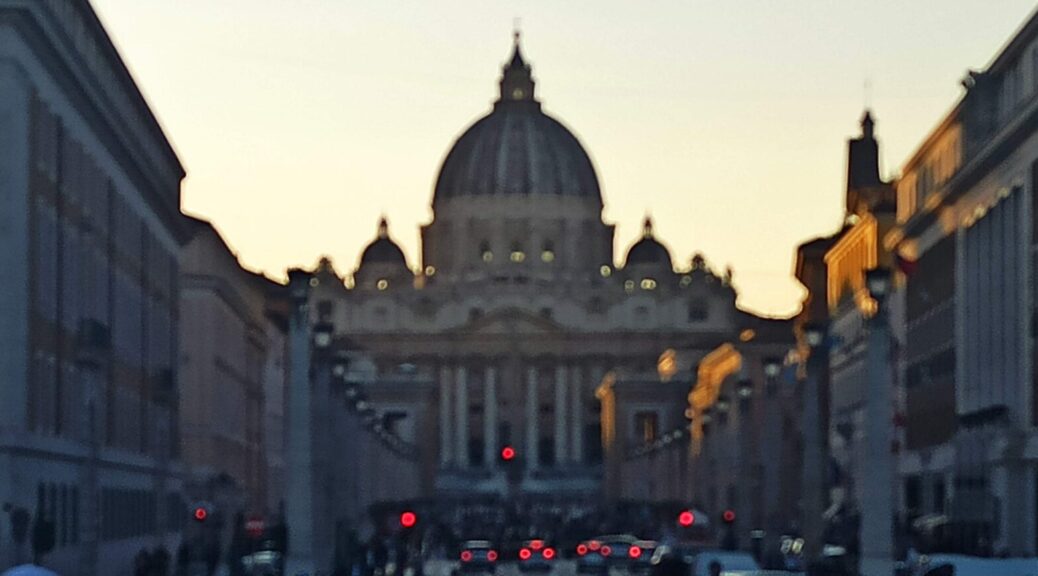 Rome, Nov. 15, 2022 A. D.. — The criminal conspiracy at the Vatican, by which the legitimate successor of St. Peter was thrust from power and a false globalist was installed as anti-pope has now descended to the ultimate mendacity, the public alteration of Vatican documents, to hide the legal fact that Pope Benedict XVI is and has always remained the one true successor of St. Peter of our day.

Andrea Cionci published the first of these, last night, when he revealed that the Italian version of the papal law on Papal Elections, Universi Dominic Gregis, where in n. 77 it explicitly cites Canon 332 §2, has a hyptertext link which does not function.  The link should send the reader to the online Vatican version of the Code of Canon Law of 1983, but it goes to a non-existent page!

What is the fear, here, that someone might read the Latin text of that Canon, and discover that the man who is the pope has to renounce his petrine munus to abdicate? Like Benedict did NOT?

The document contains no other significant hypertext links. This error then, is the code-equivalent of giving the middle-finger, in my opinion, as one who has maintained and operated and  written HTML code for websites for nearly 25 years.

Then, after publicly publishing the existence of this error, another Twitter user has pointed out an eve more grievous error: in the English edition of that same n. 77, the citation is NOT linked, but cites Canon 333 §2, instead of Canon 332 §2!

Two errors for the same citation, each to misdirect the reader? Is it that possible that the Vatican webmasters are so sloppy?

(UPDATE 1:20 PM: It has just been brought to my attention that, the error in the Italian is found also in the French version!)

The unity of purpose in disparate errors manifests the unity of intention behind them. Here they both hide Canon 332 §2.

One can reasonably and forensically conclude, therefore, that the Vatican knows AND NOW ADMITS that Benedict XVI did not abdicate on Feb. 11, 2013, because he never fulfilled the terms of the canon they want to hide.

But, by this report I do not want to deny that there is an internal division at the Vatican, since the Secretary of State regularly regards Pope Benedict XVI the the Supreme Pontiff:

The Secretary of State at the Vatican recognizes that Pope Benedict XVI as emeritus is the Supreme Pontiff... https://t.co/qjYUxv3W7D

CREDITS: Featured image is of the Basilica of St. Peter, seen from the Via Conciliazione. All rights reserved © 2022 FromRome.Info.

10 thoughts on “Vatican begins to Counterfeit Papal Documents at Vatican.va to deny that Benedict XVI is the Pope”