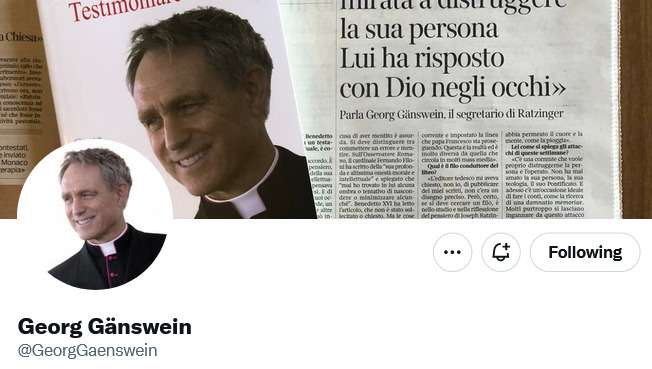 A letter is circulating on social media that claims to be Archbishop Ganswein’s complete rejection with regard to the emeritus.The clear tone of his answer permits the conclusion that Ganswein is decidedly annoyed by the deliberate falsification of such a letter. #Vatican pic.twitter.com/aUM3bZVz9x

The tweet from the above account just shed tremendous light on the recent controversy. This account is widely believed to be under the control of someone close to the Archbishop. The wording of the tweet, therefore, should be seen as highly significant.

According to this tweet, the forger of the letter was attempting to make Archbishop Gänswein appear to betray Pope Benedict XVI’s trust (“with regard to the emeritus”).

But the word used to signify Pope Benedict, “the emeritus” is very carefully chosen. It is NOT capitalized. Therefore, it is being used with the Latin signification, as “the one who merits to be called” the Pope. Also, by using the words, “complete rejection”, it is affirming the negation of all the allegations made in the Letter.

This tweet, therefore, is in perfect Ratzinger Code, and clarifies that the affirmations contained in the forged letter are all contrary to that trust.

Therefore, reviewing the Letter once again: 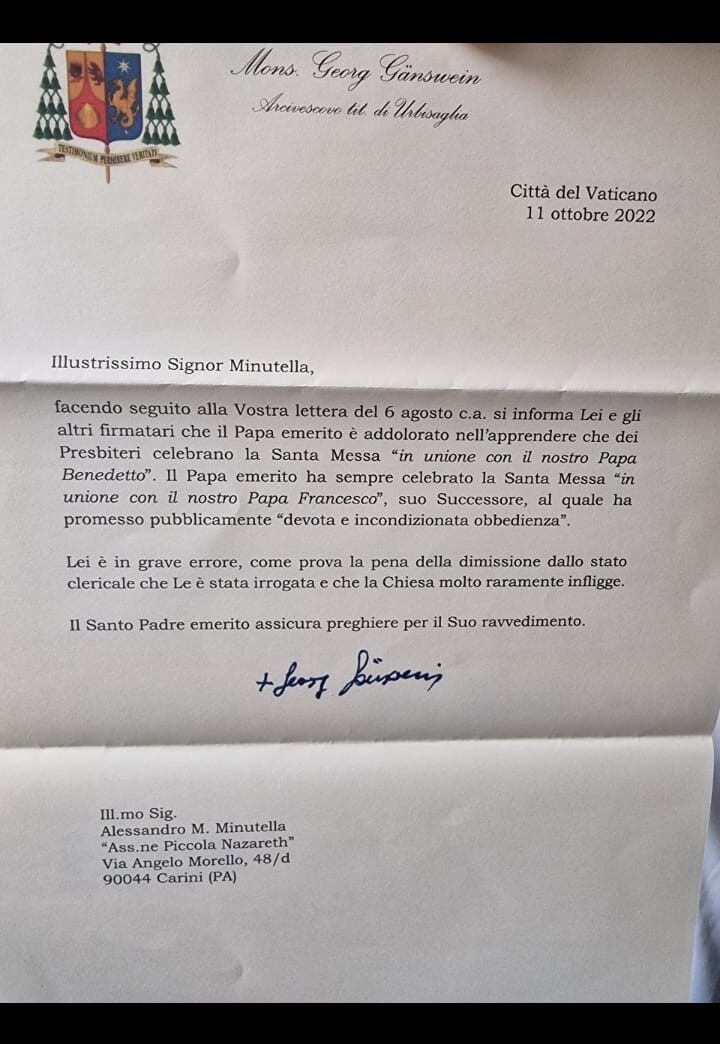 For more information on this story, see our reports and coverage, here.

UPDATE: I have been informed, that this tweet appears to be responding to a discussion the other day between Don Minutella and Andrea Cionci over the affirmations in the Letter, and this is another confirmation, that I have read the Ratzinger Code here correctly. But it would also be another piece of evidence, that this twitter account is run by the Archbishop himself or one of his relatives, such as a brother. Indeed, to me, the phraseology in the Letter appears to reflect a native German speaker.