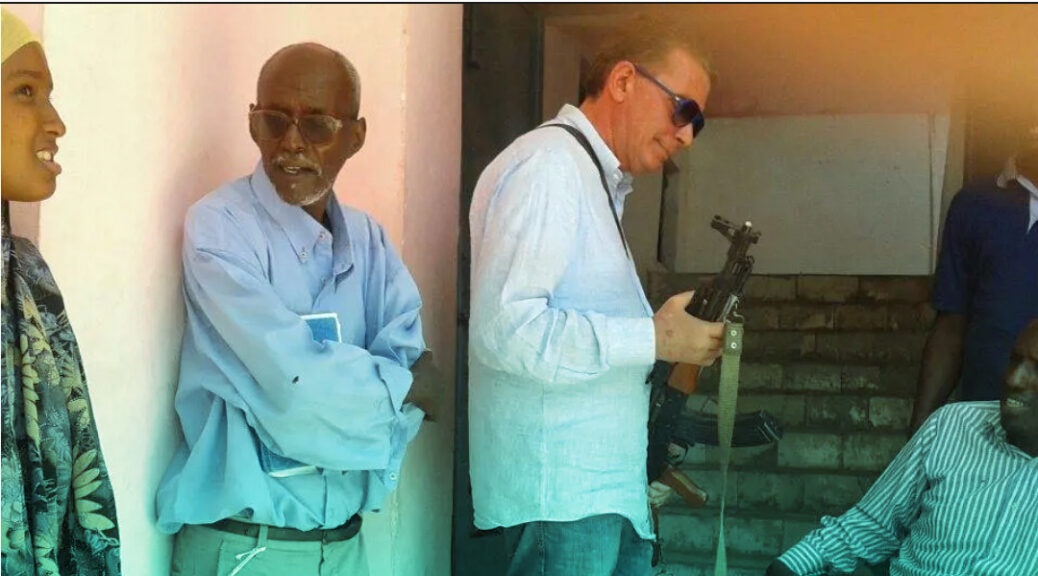 Last Nov. 10th, there passed from this life, Mirko Martini di Cigala, a union representative turned private investigator, after coming to know of the disappearance of enormous sums of public funding and quantities of radioactive waste, all of which disappeared in Somalia, the former Italian colony.

Involved in this tale is the bizarre deaths of two agents of the Italian Secret Services — one of which, who was in charge of the notorious Gladio training camp in Sardinia — and of an Italian Bishop, who asked the wrong questions about public contracts, and was shot to death at close quarters as he entered his Cathedral at Monreale, Sicily. All three of which deaths were never investigated. The agents met their demise, one in a shoot-out in Somalia, the other hanging from a radiator, while his feet remained on the ground!

After Martini’s demise, friends appeared at his funeral, telling his brother than he had been working on an investigation into the activities of the Italian Secret Police in Somalia, in the so called Somalia Connection scandal, which has been investigated by the Italian Parliament. A fact which became more important, after it was found that Martini’s computer and cellphone were missing from his residence, at the time of his death.  — A forensic fact which argues that he himself was murdered.

Martini was a reserved man, and it was only after granting his first interview that he passed from this life. That interviewer is the author of the above article, in Italian.

In the online version of the above article, for PCs, one finds a different story, about the circumstances of his death, without any mention of the scandals, cited above: seemingly cleansed for consumption by the international press.

Martini raised suspicion in the wrong places when it came to be known that he was arranging meetings with members of the Italian Parliament regarding petroleum contracts, exploration and mineral rights in the former Italian colony.

There are a lot of names mentioned in the above article, and it will thus remain a good reference for anyone investigating the affairs of Gladio, the Italian Secret Services, or corruption in the Italian Republic, for years to come.