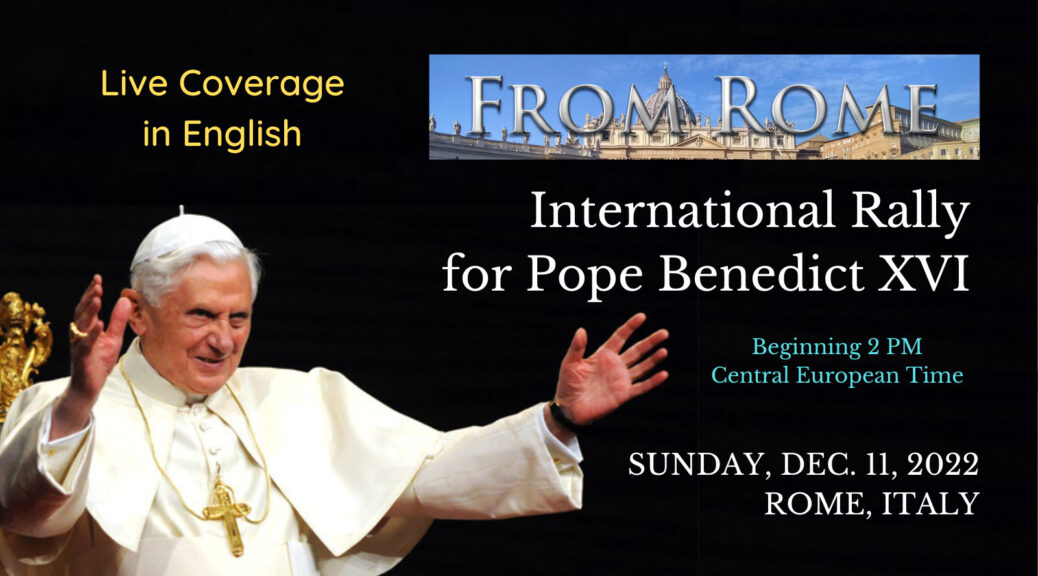 This is THE CATHOLIC EVENT of the year: the International gathering of the Clergy, Religious and Laity of the Roman Catholic Church in communion with the True Pope! — December 11, 2022, at 2 P. M., at the Mariot Park Hotel, Rome, Italy.

The Faithful having broke free from the dominant globalist narrative which has concealed the coup d’etat which took place in the Vatican in Feb/March 2013, come together in this public rally to proclaim to the whole world the truth of who is the Vicar of Christ on Earth and how important it is to the entire Catholic Church to return to communion with him.

This event has been organized by the Priestly Sodality of Our Lady of the Little Remnant, under the leadership of Don Alessandro Minutella of Palermo, Italy.

Br. Bugnolo will cover this event for FromRome.Info in English, and will include interviews with important leading figures of the true Catholic Counter-Globalist Revolution which has been growing in strength year by year.

Italian Catholics were the first to recognize that Pope Benedict XVI had not abdicated, and now after nearly ten years, the truth has gone main stream and the faithful are flocking back to the Holy Father with every increasing numbers. This rally will include more than 2000 Catholics: Priests, Religious and Laity from more than 7 countries and two continents.

Registration for this event is required. If you would like to register, contact FromRome.Info via a comment below: you must give your full legal name as it appears on your passport or govt. issued ID card, which will be required to enter the event.

For live coverage in Italian, see the Radio Domina Nostra channel on Youtube. 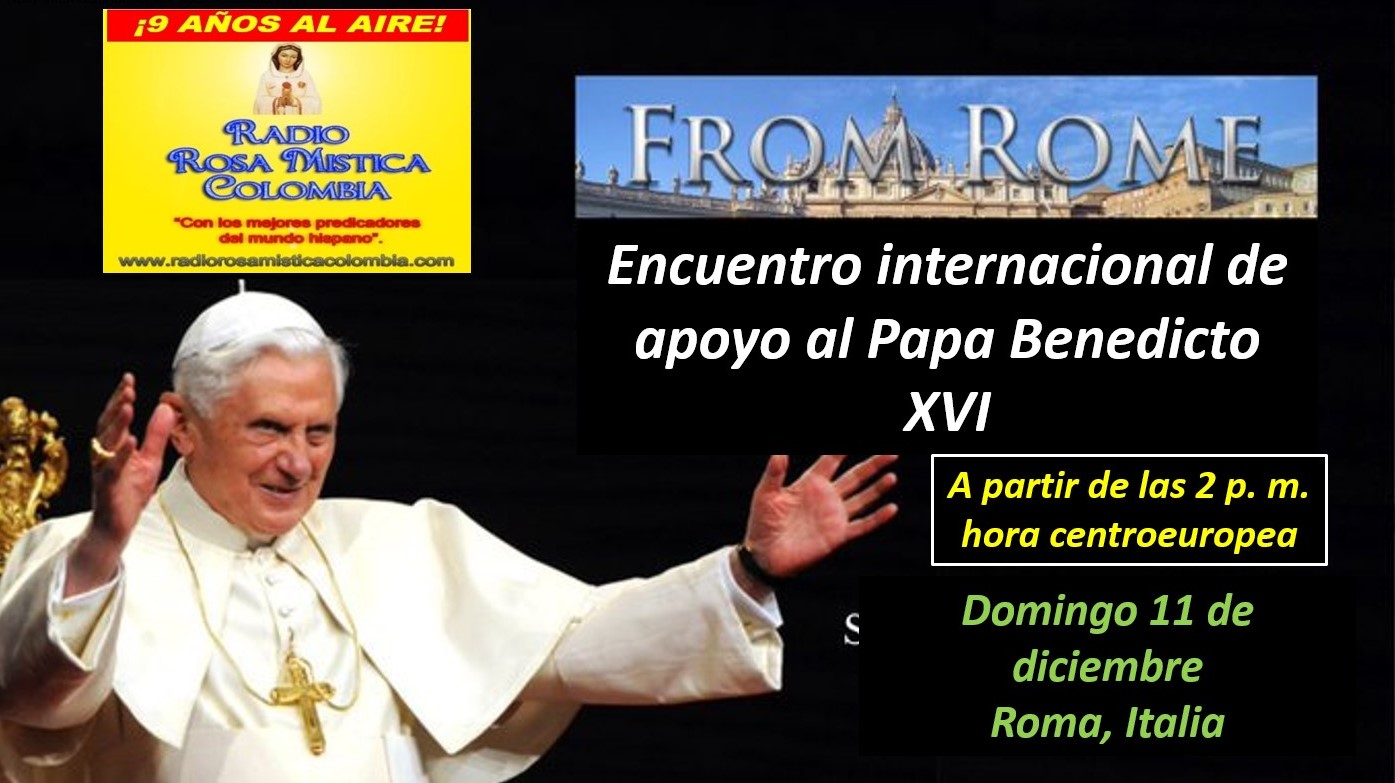