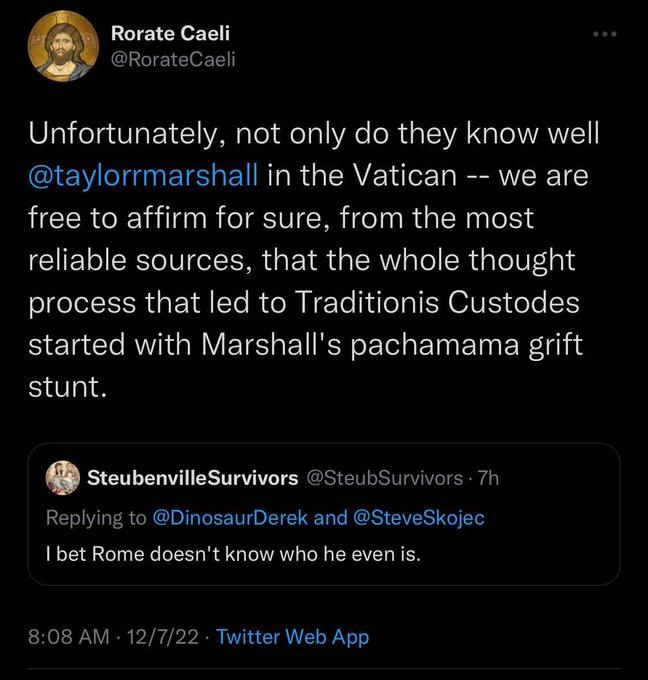 Editor’s Note: Save this screenshot for the history books. New Catholic at Rorate Caeli, just said that dumping a pagan idol into the Tiber was a grift stunt. — That it was not. But it should rather have been burnt. — Anyhow, this is jealousy and rage turned up beyond Farenheit 451. It is so much easier, canonical, traditional and Catholic, not to mention charitable, to recognize Pope Benedict XVI never abdicated and that Traditionis Custodes has no more legal force than a dried fig imported from Turkey by the Italian Mafia. — New Catholic is like the man who has decided to lock himself up in a cage with a beast and is now blaming Marshall, who is also in the cage, of getting the beast angry. — It’s psychotic masochism.

MARSHALL IS NOT TAKING THIS SITTING DOWN!

For the sake of Christ our King, let us adhere to the Traditional Faith FIRST! Otherwise we are all LARPing Trad-Aesthetes. pic.twitter.com/8wGiuGuKfP

2 thoughts on “Incredible! – Traddies now are blaming one another, so as to excuse Bergoglio”